for violence, bloody images, language throughout, and some drug use. 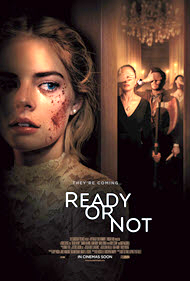 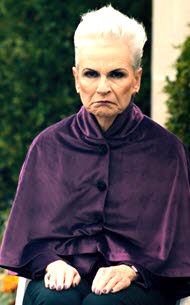 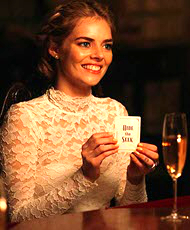 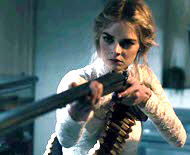 Use of very vulgar and crude language 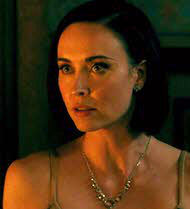 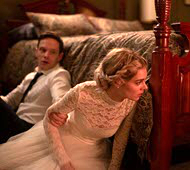 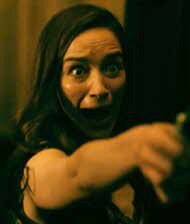 Ever since Grace was a young girl, growing up as an orphan, she has always dreamed of having her own family. And today, on her wedding day, her dream is about to come true, as she is about to marry the love of her life, Daniel, and become an official member of the Le Domas gaming empire.

She hasn’t known Daniel long though, a year and a half at most. But in that time they’ve gotten to know each other quite well, except, well, Daniel’s family. Grace is warned, jokingly, before the wedding that she should bow out while she has the chance. She chuckles. How bad can one family be?

Well, shortly after the wedding Grace is informed that in order to officially become a member of the family she must play a game with the family that is chosen by the Le Domas family ghost. And the game that the ghost chooses for Grace? Hide and Seek.

The game is simple. Grace must stay hidden till dawn and she’ll officially be a member of the family… plain and simple. After all childhood games never hurt anyone, now did they??

Have you ever watched a trailer for a movie and, though you know that if decide to watch the movie that the movie will provide you with nothing morally or spiritually edifying, against all better judgment you still say to yourself, “Eh, I know I shouldn’t but I’m going to go see the movie anyways. It’s just a film anyways”? Next thing you know, you find yourself any way to justify the choice you’ve made to see said film.

Assuredly, I can state that this happened with me and the film “Ready or Not.” I walked in, knowing full well, that there was absolutely NOTHING spiritually edifying or anything that glorifies the Father. But still, I made the choice. And I say to you now, it was the wrong choice. A film that relies and focuses on the dark depravity of the human spirit is a film that is best forgotten and avoided. A film that blurs the concept of the means justifying the ends is a film that should always be avoided. A film that focuses on graphic, extensive bloodshed layered with a never ending amount of profane and vulgar language is one that Christians, including myself, should never give a second thought to.

For what it’s worth, the performances by the characters are strong. The premise is an interesting one (though one I fear seems slightly familiar), and the overall pacing of the face is even. And yes, there are even moments that this so-called “black comedy” is somewhat humorous. However, any beauty in the performances, cinematography and the like are undermined by the outrageous amounts of obscene content on the screen.

Violence: Extreme. In the beginning we see children running for their lives in fear. We witness a man shot in the chest with two arrows. This man is taken off behind closed doors for reasons that are undisclosed. At the beginning of Hide and Seek, a maid has her brains shot out, and we see brain matter and watch her die slowly, choking on her own blood; the blood is visible. In fact a few characters die slowly and choke on their blood in the process. A person is decapitated. Two people are seen choking each other. Someone smashes a pot over another person’s head. Grace takes a fall. Grace is shot in the hand by a boy (we see the bullet go right through her hand, and we see the wound). Grace in turn punches the boy in the face, and he is knocked unconscious. We also watch a nail go right through Grace’s hand. Grace climbs through an opening in a metal gate, and we see her deeply wound herself in the process. Grace is also hit by a car and tossed to the ground. While Grace is kicking another character in the face as he is driving, and the two get in a prolonged car accident. Dead bodies are seen being thrown into a ditch. We see a decapitated head being held up. Grace strangles a character to death. A character is strangled. A character is head-butted. A character is seen tied up to a table as a sacrifice (offering) to Satan. Characters are poisoned and are seen coughing up blood. A person is knocked out with a lamp. A character is bludgeoned to death (we see the bloodied victim afterward). Characters’ bodies are seen graphically exploding, and we see body parts everywhere.

Sex/Sexual Dialog: Moderate— Grace and Daniel talk about their sexual relationship briefly and begin to have sexual intercourse (Daniel’s pants are undone), post-wedding, before being interrupted. Grace mentions to Daniel that his brother is an alcoholic and when he drinks he tries to hit on her.

Occult: Characters are seen shouting “Hail, Satan” during a ritual, as they are chanting. Devil worship and the occult is a surrounding theme in the film. The first image of the film is a board game with a picture of the Devil on it. The second image is a Ouija board game. As mentioned, a mystical box controlled by the ghost chooses the family game.

Other: A girl is seen snorting cocaine as well as swallowing pills. Grace lands on a pile of skeletons.

There are no genuine, morally redeeming lessons I can draw from this film.

You know something is incredibly wrong with a film when a boy admits that he shot a woman and his mother tells him she is proud of him. I have to ask, since when did THIS become comedic or acceptable?

“Ready or Not” had some potential: an unusual story, moments of humor and overall good cinematography. But its moviemaking quality is brought down by the disgusting and appalling violence, profanity and strong presence of occultic themes. As such, I do NOT recommend this film to Christians. Please do NOT take children or teens to see this film, as the level of violence in this film is far too graphic. Save your money for something else. And above all…