for violence, sexual content, language throughout, and some drug use. 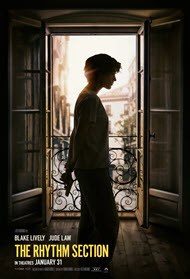 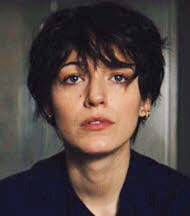 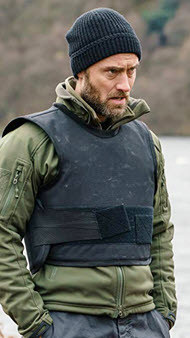 Feeling emotionally pushed over the edge by tragedy 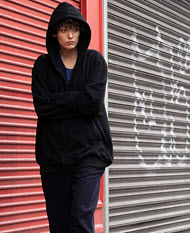 About prostitution in the Bible 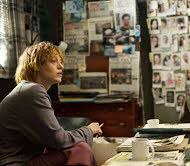 The world of terrorist cells

Pretending to be various other people

Attempt to reclaim and redeem one’s self 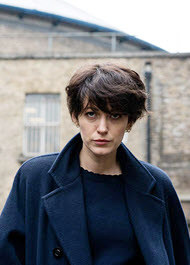 Being recruited by a state intelligence service 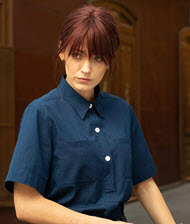 An uneven story of revenge by a prostitute/junkie turned assassin

Based on the novel by Mark Burnell, “The Rhythm Section” tells the story of Stephanie Patrick (Blake Lively), a young woman who experiences the tragedy of losing her loved ones in a plane accident. She quickly learns that the incident that took so much from her was no accident, but a elaborate and orchestrated attack. Upon learning the truth, she goes on to seek out answers and training to avenge her family. That is the set up for this choppy and uneven film.

Let’s start with the acting, Blake Lively makes an attempt to be a femme fatale, but it comes across lame and underwhelming, minus some intense fight scenes, but you must suspend belief to fully enjoy what you’re seeing. Jude Law is great as the reluctant trainer, but steals every scene he’s in.

The cinematography is over the top in a bad way; a shaking camera, odd cut scenes and drawn out scenes make it hard to watch.

There is an abundance of gritty violence which seems forced and overdone to earne the R-rating. Unnecessary foul language and blasphemy is rampant. There is overt sexual content as well.

The films ultimately deals with anger and personal vengeance. The Apostle Paul reminds us…

Repay no one evil for evil, but give thought to do what is honorable in the sight of all. If possible, so far as it depends on you, live peaceably with all. Beloved, never avenge yourselves, but leave it to the wrath of God, for it is written, “Vengeance is mine, I will repay, says the Lord.” —Romans 12:17-21 ESV

To the contrary, “if your enemy is hungry, feed him; if he is thirsty, give him something to drink; for by so doing you will heap burning coals on his head.” Do not be overcome by evil, but overcome evil with good.

I don’t recommend this film, too much objectionable content it’s not worth it.

Secular Movie Critics
…This film is a mess. It’s so grim and inept. There are a million plot holes at any given moment, that you must constantly pick up your eyes from rolling on the floor. …[½/5]
Josh Kupecki, The Austin Chronicle
…dismal…one-note drama… “The Rhythm Section” isn’t a human movie. It’s as cold as the waters of that loch, and nowhere near as lucid. …
Joe Morgenstern, The Wall Street Journal
…Unevenly paced and with a miscast lead, the movie fails to get us to care about its automaton main character as she goes through the motions…
James Berardinelli, ReelViews
…“The Rhythm Section,” with its clumsy heroine, unintriguing mystery, and absurd plotting, shouldn’t be the self-serious bore that it is. The film’s occasional gestures toward pseudo-feminist empowerment only compound the hollowness of its protagonist. …[1/4]
Jake Coyle, Slant
ludicrous, logic-defying, insanely implausible… Just when it seems the spy makeover couldn’t get more ridiculous, along comes the love story. …a junk pile of missteps, from the convoluted screenplay that hops from locale to locale in Advil-inducing fashion to the overly stylized directing to the self-consciously “cool” oldies pop music selections… [1½/4]
Richard Roeper, Chicago Sun-Times
…Lively’s journey from a literal crack whore to a hardened assassin who delivers droll comebacks while murdering someone never rings true. …Take away the shaky cam, the indie-film sheen, the “brave” close-ups of Lively looking wretched, and what’s left has all the depth of a 1970s B movie. …[1½/4]
Reed Tucker, The New York Post
…“The Rhythm Section” never feels the need to move beyond Stephanie’s sadness and sense of loss. This is really a tragedy thriller more than it is a revenge thriller.…
Oliver Jones, Observer (NYC)
…Like the book, Reed Morano’s film is long on atmosphere and short on the kind of detail a spy thriller needs to be credible. …
Fionnuala Halligan, Screen Daily