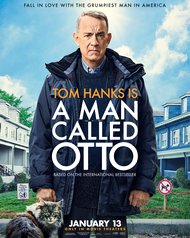 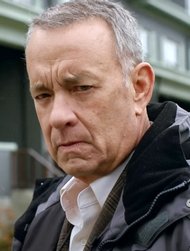 Man forced to retire from his job of nearly 40 years

Difficulties of being a widower

An older man who has given up on life following the loss of his wife, become bitter, and wants to end it all

Bitterness, depressing negativity, loveless ways of thinking about the world

What should a Christian do if overwhelmed with depression?

Challenging such a person to see life differently 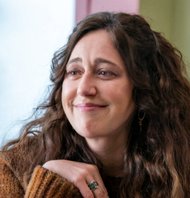 What is ETERNAL LIFE? and what does the Bible say about it? 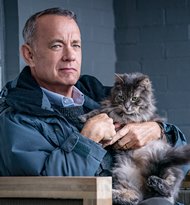 Otto does not like people… period. He goes to extremes just to avoid having to interact with them, and what little interaction he does have with those he comes in contact with he calls, “idiots.” Despite Otto’s short temperament and lack of social grace, the neighbors tend to look the other way and still interact with Otto (Tom Hanks) from time to time, even calling on him for help on occasion.

Take for example, Otto’s new neighbors, Marisol (Mariana Treviño), Tommy (Manuel Garcia-Rulfo) and their two daughters, Luna and Abbie. They have just moved across the street and like good neighbors, they walk over and introduce themselves to Otto. Otto says his quick hello and shuts the door. Marisol, in her mind, knows there’s more to Otto than meets the eye and is determined to make him feel cared for.

Over time, Marisol and Tommy ask Otto for assistance on a variety of things: from house maintenance, driving lessons, to even babysitting. While Otto wants to, at first, say no to this family, he just can’t seem to, and he finds himself warming up to them… just a little.

The world is full of many wonders, and Otto just happens to be one of them.

I have had SO many conversations with myself about how I was going to try and piece together my thoughts and compose my review for “A Man Called Otto.” This is, in part, due to the heavy themes that the piece sometimes delves into (which I will address in a minute) as well as Tom Hanks’ ability to play a role that, truthfully, is very out-of-character for him.

First, “A Man…” presents several instances of a character (I won’t say who) who attempts, and almost successfully, commits suicide. These moments on screen are so intense that I gasped in shock at what I witnessed (or almost witnessed). The issue itself, suicide and the value of life, is handled with respect though. It’s never laughed off (like in one of the “Halloween” films) or proclaiming that suicide is an answer.

In fact, what I can appreciate is the value of life is key to “A Man Called Otto.” “A Man…” speaks to the very messages of, “Life is ALWAYS worth living,” to “carry each other in times of struggle,” and that “everyone, everywhere matters. Even the grump next door.” These messages, some subtle, some not, make their way throughout the film, with many thematic moments bringing tears to my eyes at certain points.

Regarding the performances itself, I was skeptical walking into the theater looking at Tom Hanks in the role of Otto. I have not seen the original Swedish version of “A Man …”, so I cannot compare the versions. Having said that, like the characters on screens themselves, it took some time before I warmed up to the idea of Hanks playing Otto (in fact I kept thinking, “Wouldn’t someone like J.K. Simmons have been a better choice?”). But then as Hanks made his transition throughout the film, revealing subtle nuances in his performance, I realized what a good choice Hanks was and why Hanks wanted this role. Additionally, Mariana Treviño was hilarious and at times powerful as Marisol.

Cinematically, the film is above average in its other aspects of quality. The pacing was slow in the second act (I think I checked my watch twice), and moderately slow in the final act as well but not to the point where I was wishing for the end. There are some moments where the film stops, particularly during Otto’s flashbacks, where the audience is allowed to really grasp the pain Otto has endured, both physical and emotional, for most of his life, and I appreciate how the director went about it.

One thing I will STRONGLY object to is that is transgender messaging that made its way into the film (e.g. There is a transgender character that Otto takes in for the night because he was kicked out of the house by his dad for being transgender) and this transgender character plays a prominent role later on in the film as well. Why does transgender have to be a part of this film at all? Why does Hollywood have to proselytize its dangerous messaging ad nauseum? I don’t go to movies to be preached at (unless it’s a Christian or faith-based film). I go to escape.

*Warning: Some graphic descriptions regarding suicide are listed below. Reader discretion is advised**

VIOLENCE: As I said, a character attempts to commit suicide in a variety of ways such as hanging themselves (this is where he comes the closest to succeeding), trying to suffocate in a closed running car, shooting themself with a shotgun, and jumping in front a train. A different character falls on some train tracks, and he is saved by the character who was planning to stand on the tracks and get hit by a train (he still tries to get hit, but doesn’t succeed). He talks once about having a “car running him over.” Someone mentions you don’t “want me to cut my hand and have it bleed on your floor.” While Otto is teaching Marisol how to drive, while stopped, a man honks his horn and yells, and Otto gets out and holds the guy up against his car threatening him. Another character threatens someone. We witness a bus rollover with a couple characters hurt in the process (we later learn a character who was pregnant lost a child due to the crash). A character dies. A woman throws rocks at a stray cat.

SEXUAL CONTENT: A man wearing tight, revealing pants stretches, causing Otto to ask the man’s girlfriend if she can tell him to “stop stretching his groin in public.” A young Otto and Sonya kiss a couple times. Marisol and Tommy kiss, too. A husband and wife lay in bed, covered, and that’s it.

WOKEISM: As I said, a transgender character plays a prominent role in the last portion of the film and there’s some LGBTQIA+ messaging in the film (talks about how he got kicked out due to being transgender, likes sports now, etc.).

ALCOHOL: Someone brings alcohol to an event but no one drinks it.

OTHER: There is some dog urine on the sidewalk. We see a cat frozen in the snow (he is found and taken care of and recovers).

“A Man Called Otto” has two primary messages. The first is to “love our neighbors” (even if we don’t like them). Not only is loving your neighbor one of the Ten Commandments, but Jesus himself touched upon it in his messages…

“But I say to you who hear, Love your enemies, do good to those who hate you, bless those who curse you, pray for those who abuse you. —Luke 6:27-28 ESV

“This is my commandment, that you love one another as I have loved you.” —John 15:12 ESV

The second message of the film speaks about living one’s life, to live with purpose and to never take your life for granted. This is an Earthly message. The more Godly message is to live with purpose for God. Our life is not ours alone. It belongs to our Creator. Regenerate Christians were bought with a heavy price and so we must honor that sacrifice by living for Him, bearing good fruit in Jesus’ name.

“Before I formed you [Jeremiah] in the womb I knew you, and before you were born I consecrated you; I appointed you a prophet to the nations. —Jeremiah 1:5 NASB

“Behold, children are a heritage from the Lord, the fruit of the womb a reward.” —Psalm 127:3 ESV

“A Man Called Otto” made me ponder some of my choices as a Christian. Who have I ignored? Who have I forgotten? Where do I lack compassion? These important messages certainly made their way across and could be nice jumping points for great discussions… but only for mature audiences. Several scenes involving suicide, profanity and vulgarity and a LGBTQIA+ message thrown in do not make this a family, or necessarily, Christian-friendly film for all audiences. Strong viewer discretion is advised.

Negative
Negative—While it was described in the media as heartwarming and a comedy, it is hard to understand the rating oh PG-13. The four attempts at suicide left nothing to the imagination. For vulnerable people this could put ideas into their minds. I would not recommend it for any young people. In the end there was a message that life is worth living, but I don’t think it overcomes the descriptions of suicide.
My Ratings: Moral rating: Offensive / Moviemaking quality: 3
Stella, age 78 (Australia)