This is “the somewhat petulant, peevish, and self-willed, though beautiful younger daughter” of Laban, and one of Jacob’s wives (Genesis 29:6; 29:28). Our first introduction to her is as a shepherdess of her father’s sheep (Gen. 29:9).

So deep was Jacob’s affection for her that Jacob served Laban 14 years for her.

She became the mother of Joseph (Genesis 30:22-24) and his younger brother Benjamin. Ultimately, the Israelite tribes of Manasseh, Ephraim and Benjamin resulted from her union with Jacob (aka Israel).

Upon Jacob’s long delayed departure from Mesopotamia, Rachel took with her father’s teraphim (Genesis 31:34-35). She stole them and hid them in her tent in a camel saddle. When he came searching for them in her tent, she sat on the saddle and lied to him about why she could not rise, claiming female problems.

As Jacob and Rachel journeyed on from Bethel, Rachel died at age 36 in giving birth to Benjamin (35:18-19). She was buried “in the way to Ephratah (Ephrath), which is Bethlehem where David later lived and where our Savior was born.

Jacob set a pillar upon her grave”. Her tomb is still venerated by the Jews to this day as one of their principle matriarchs. 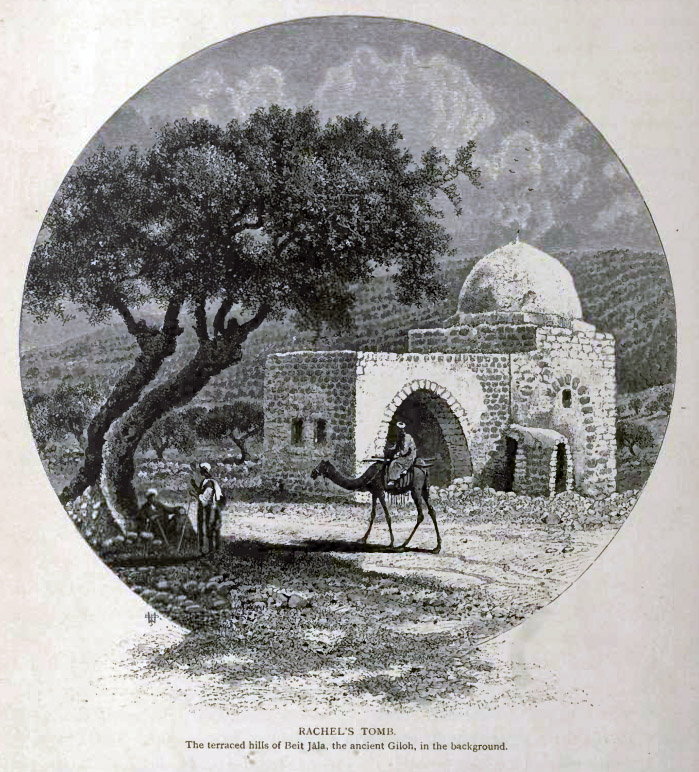 Rachel’s tomb, as it appeared in the 1800s.
Illustration published in 1883 in Picturesque Palestine, Sinai and Egypt by Stanley Lane-Poole 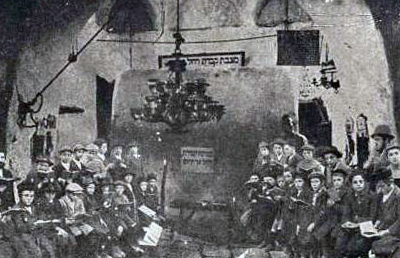 1930s photo of the interior of the above tomb being visited by Jewish students
Photo by Pinchas Gravesky, Tsiyun le-Kever Rachel Imeinu, Zuckerman Press, 1932.
Location of Rachel’s tomb near the northern entrance to Bethlehem—satellite view

A free interactive 3D tour of the refurbished tomb, as it now appears, is available at this site: IVisitIsrael.com.

Rachel’s name is used poetically by the prophet Jeremiah in prophecying the future mourning that would take place at Bethlehem.

“A voice is heard in Ramah,
Lamentation and bitter weeping.
Rachel is weeping for her children;
She refuses to be comforted for her children,
Because they are no more.” —Jeremiah 31:15-17 NASB

This passage is quoted by the Apostle Matthew as prophecy fulfilled by the lamentation at Bethlehem brought by the slaughter of the infants there at the command of Herod (Matthew 2:17-18).