Has the Garden of Eden ever been found? 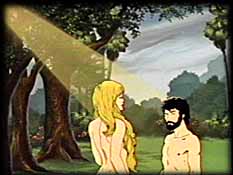 The Bible says regarding the location of Eden:

“And a river went out of Eden, to water the garden; and from thence it was parted, and became into four heads.”
—Genesis 2:10

Two of these rivers are called Tigris (Hiddekel of Eden) and Euphrates (Perath of Eden). (See: Genesis 2:10-14)

This is why many Christians have assumed that the original garden was located somewhere in the Mesopotamian region (around present day Iraq) where the modern Tigris and Euphrates rivers flow.

However, the Bible records a devastating worldwide Flood, many centuries after Adam and Eve were expelled from the Garden. Sedimentary layers sometimes miles thick, bear mute testimony to this massive watery upheaval which tore apart and buried forever the pre-Flood world.

After the Flood, the survivors (Noah's family) moved to the plain of Shinar (Sumeria/Babylonia) which is where we find rivers today called Tigris and Euphrates. These are therefore clearly not the same rivers. They run on top of Flood-deposited layers of rock containing billions of dead things (killed by the Flood). These rivers were probably named after the original pre-Flood rivers, just as settlers from the British Isles to America and Australasia applied familiar names to many places in their “new world.”

Note also, that the Bible speaks of one river breaking into four. This is not what is found in the Middle East today.

The Garden was destroyed by the Flood. Its actual location on the globe can never be established.

Editor's Note: If the idea of a worldwide catastrophic flood is new to you, we suggest that you read the following material which presents some of the biblical and scientific evidences.

Other material of interest about Eden

See our large Web site on Creation, Evolution and the Bible…

Text Copyright © 1999, Creation Ministries International, All Rights Reserved—except as noted on attached “Usage and Copyright” page that grants ChristianAnswers.Net users generous rights for putting this page to work in their homes, personal witnessing, churches and schools.