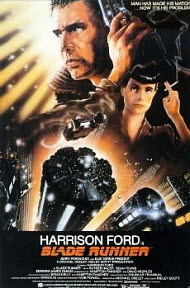 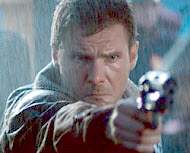 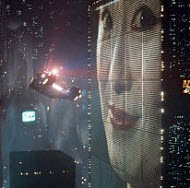 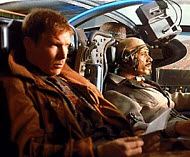 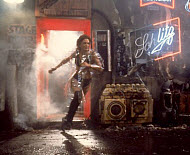 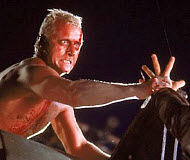 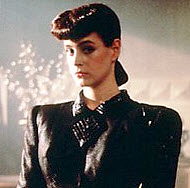 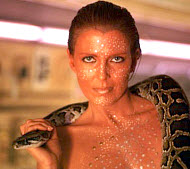 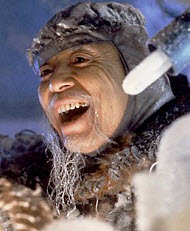 RACIAL PREJUDICE—What are the consequences of racial prejudice and false beliefs about the origin of races? Answer

based on the novel Do Androids Dream of Electric Sheep? by Philip K. Dick

The combination of a Philip K. Dick story and Ridley Scott (“Alien,” “Gladiator”) at the helm should mean an uncommonly engaging sci-fi flick. Most reviewers agree that this film is just that. Having first viewed it several years after its release and being spoiled by the CGI effects of more recent films, I found it notable in some ways, average in others.

In the future, the Tyrell Corporation creates NEXUS 6 Replicants (nickname: “skin jobs”)—androids intended for off-world slave labor. When some Replicants mutiny and attempt to sneak back to Earth (a homing instinct?) they’re declared illegal, sentenced to be executed (the euphemism is “retired”) immediately on detection. These “retirements” are effected by “Blade Runners” such as Deckard (Harrison Ford). Deckard handles his assignment with cold efficiency. Yet he’s kind to Rachael (Sean Young), a “terrestrial” Replicant who has false memories and fake documentation.

If the mutinous Replicants manage to go undetected, there’s a “backup” plan in place: they were programmed with a maximum four-year lifespan which cannot be altered. And the clock inside the Replicants’ leader, Batty (Rutger Hauer), is nearly wound down.

This film is seen by many as a philosophical statement on themes such as what it means to be human, the reversed roles of creator and creation, etc.

Content Warnings: There’s a small amount of profanity, strong violence and some nudity. The fight scenes are gory in spots and weirdly choreographed. The “retirement” of a female Replicant, Zhora (Joanna Cassidy), who works as an exotic dancer in an act involving a snake, juxtaposes sexual images and violence. The general street-level picture of the future is a negative, offbeat one.

The only version I’ve seen is the Director’s Cut, which lacks the voiceovers. Critics are divided on whether the studio-mandated voiceovers helped or hurt the theatrical-release version. I was able to get the gist of the final twist without them. Hint: Five Replicants have escaped to Earth, but Deckard hunts down only four. And although he’s supposedly an “Old Blade Runner,” Deckard knows nothing about the four-year lifespan.

The works of sci-fi writer Philip K. Dick (1928-1982) have also been made into the films “Total Recall,” “Drug-taking and the Arts,” “Screamers,” “Impostor” and “Minority Report”

Positive—The film is in essence a highly interesting and thought-provoking moral debate. What constitutes human life? Does a man-made human, genetically engineered in a lab, have the same rights as one fashioned by God? It’s true that some people may find some scenes shocking but there is very little gratuity…
My Ratings: [Average / 4½]

Jim, age 18
Positive—Though it is considered a Sci-Fi classic, I have only recently seen “Blade Runner.” I love Ridley Scott’s films—he is a phenomenal filmmaker that can really capture emotion and action. I am also a huge fan of Harrison Ford, he takes every role he plays and puts everything he has into it. I viewed the “Final Cut” of the film, so there are some differences between it and the theatrical version, but darn! was it still awesome. Props to Rutger Hauer (the original “Hitcher”), the writer(s) and special effects team!! This is a movie I am going to purchase.
My Ratings: Moral rating: Offensive / Moviemaking quality: 5