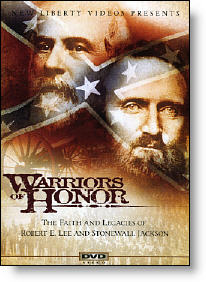 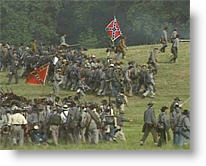 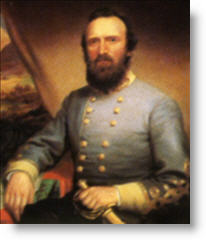 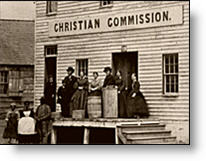 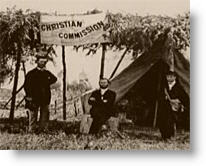 How important is it to be “Politically Correct?” Answer

This documentary, subtitled “The Faith and Legacies of Robert E. Lee and Stonewall Jackson,” deals with material which many Believers, let alone the public at large, are only dimly aware of. And in today’s Politically Correct climate, it takes guts to deal with them, because there’ll be automatic opposition.

Since this is hot-button material, you should know something about the reviewer also. I was born in and have lived nearly all of my life in Wisconsin. I don’t care about Political Correctness, but I care about Biblical and historical truth. I’m a student of history in general and of this time period in particular. From my beginnings as a knee-jerk liberal in the 1960s counterculture, through my conversion to Jesus Christ and my having served him for the last 35 years, a few things have remained constant. For one, I’ve ALWAYS opposed racism. I was already aware of nearly all the material in this documentary. If I knew that there was factual misrepresentation, or if I detected racism, I would certainly say so.

The video consists of actual 19th century photography (including several battlefield photos of the dead), footage of battle re-enactments (with some re-enactors pretending to be shot), and footage of historical sites. The narrator, and several actors designated as the voices of the principal characters, weave the documentary into a coherent production.

The first assertion is that most histories of this period distort the real issues, that the War of 1861 was in fact a clash of cultures, and that the South championed independence and individual freedom. Many people will have an instant retort for that. But within the context in which the narrator is speaking, he’s absolutely correct. As he says, the North tended to favor an ever-stronger central government. He’s implying that such a government ultimately means loss of freedoms for everyone. And as we’ve seen for the last 150 years, that’s true.

The main body of the documentary outlines the actions, abilities and personal character of Robert E. Lee and Thomas J. “Stonewall” Jackson.

At war’s beginning, Lee held a commission in the United States Army, and was offered command of a large force. Lee prayed for guidance, and finally was at peace in resigning his commission and defending Virginia. He accepted and sought God’s will. In the Pennsylvania Campaign, Lee ordered his army to behave as soldiers of honor. No civilian housing was burned, and the troops were well-behaved. A sharp contrast to Federal General Sherman’s “March to the Sea,” which was a deliberate war on the civilian population. Even during the waning days of the war, there was a great revival in Lee’s army, including 15,000 professions of faith after a day of fasting and repentance on Aug. 21, 1863.

After the war, Lee refused financial gifts and turned down a “showpiece” job in which the employer just wanted the use of his name. Instead, he served as President of Washington College and of the Rockbridge Bible Society.

Jackson was an ex-soldier, an artillery specialist, and an obscure professor at Virginia Military Institute. He disliked war, disliked slavery, and was responsible for starting a Sabbath school for blacks. But he believed that the Confederacy was a sacred cause (in other words, he believed that the Federal government was overstepping its Constitutional bounds), and he accepted a commission as a Colonel in what would become the Stonewall Brigade. He quickly rose in the ranks, and soon his name was a household word. He pushed his troops hard. But for him, they were willing to do whatever was asked of them. With a small army, he constantly harassed and occupied much larger Federal forces. Gen. Ewell at first thought Jackson was a little crazy. But when Ewell happened on Jackson in fervent prayer one day, his heart was touched, and he was soon converted.

At the Battle of Chancellorsville, Jackson was inspecting the terrain at night when a firefight broke out, and he was accidentally shot by his own men. He died of complications from the injuries, professing a strong faith and accepting God’s will.

Jackson’s outstanding example of Godly manhood is well known. Even the secular film “Gods and Generals” portrays it fairly accurately.

I haven’t touched on everything about Lee and Jackson contained in this Documentary. There’s more, and it’s worth seeing.

Three “supplemental” sections detail some seldom-heard actions of the federal Government and of some of the Northern states. Some viewers might find these surprising. But not only are they accurate, there’s a great deal of similar material that could have been included.

There’s no nudity or sexual content, and no offensive language, in this film.

Violence: There are simulated battle deaths (not overly realistic) and photos of actual corpses. And a couple of night sequences with explosions, made to look and sound like an artillery bombardment. These images could be upsetting for young children.

Recommended viewing, for historical accuracy (telling the “other side” of the story) and for examples of men in positions of high responsibility who were not afraid to inject every area of their lives with Christian faith and principles.

Positive
Positive—“Warriors of Honor” is an excellent documentary, and brought tears to my eyes on several occasions. It clearly conveys the genuine Christian faith of Robert E. Lee and “Stonewall” Jackson through their own writings and the firsthand accounts of others round about them (even their opponents). The “extras” contained on the DVD (as opposed to the VHS format) are indispensable.

In this era of “revisionist” history, the spiritual heritage of these men (and many in the US) is disdained and often suppressed by those with a contrary agenda. Thus, “Warriors of Honor” is something of a rarity in historical documentaries, though it should not be.
My Ratings: Excellent!/5

Richard Ruhe, age 43 (USA)
Positive—As someone who has been studying the annals of The War for Southern Independence, I have looked at many commentaries from both points of view. There always seems to be a “truth” from both sides. It was a horrible thing, we, as a country, had to endure, but this commentary has shed new light on the character of two of the most respected soldiers of that war. The movie was well done, not to bring in the politics, so much as the faith and spiritual convictions of Lee and Jackson, and of the respect that, even Union soldiers and officers had for these two individuals.

As a pastor of the Christian faith, I would recommend highly this documentary. Generals Lee and Jackson were not afraid to admit their faith to others, nor hide it, but rather, openly shared it with those around them, inspiring many to come to faith in the Lord Jesus Christ.
My Ratings: Moral rating: Excellent! / Moviemaking quality: 5