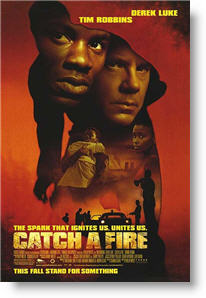 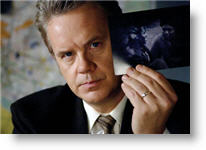 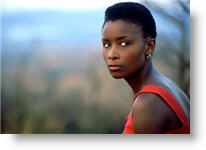 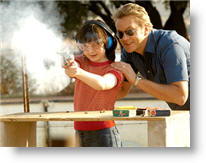 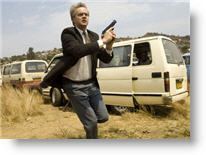 Get biblical answers to racial hot-topics. Where did the races come from? How did skin color come about? Why is it important to have a biblical foundation for such issues?—GO

RECOMMENDED DOCUMENTARY MOVIE: “Real Roots: The Origin of the Races”

RECOMMENDED BOOK: “ONE BLOOD: The Biblical Answer to Racism” by by Ken Ham, Carl Wieland, and Don Batten (out of print)

Movie review: “In My Country” a.k.a. Country of My Skull (2005)—starring Samuel L. Jackson

“The spark that ignites us, unites us.”

Catching a fire of vengeance is almost as potent as the statement of forgiveness that caps off this story enveloped in apartheid and anti-terrorism. Although a story dating back to 1980, “Catch a Fire” delves into topics, conflicts and controversies that ring loud and clear with some current political issues today, including racism, terrorism and human rights. But more importantly, it presents the dynamic of forgiveness, which is central to the teachings of Jesus Christ.

Set in South Africa, this film first introduces us to Patrick (Derek Luke), a hard-working family man who has made a pleasant life for himself. When terrorist attacks arise in neighboring towns, Patrick, like other black people, becomes suspect by the iron-fisted, white-ruled government. One such interrogator is the chief of the anti-terrorist squad, Nic Vos (Tim Robbins), a white man who has also made a decent life for himself amidst a hostile environment. When Patrick becomes the key suspect to a bombing occurring at the oil plant at which he works, he comes head to head with Nic—a struggle that lasts throughout the rest of the story.

With such difficult subject matter and situations—and considering the entertainment value of this film—the decency of the movie was a pleasant surprise. It may have occurred, but it is hard to recall any foul language. There was also no nudity. There is a suggestive situation in the beginning with people dancing at a wedding, but it is rather mild. There are some intense moments of violence, but none of it is gratuitous or sensationalized. There is a gut-wrenching moment, however, where Patrick’s wife, Precious (Bonnie Mbuli) is shown having been beaten up (after the fact).

One argument this film seems to make is that by fighting terrorism a government can actually be the cause of more people becoming terrorists. This is a criticism raised today with current issues in the Middle East, but is also shown here in how the government of South Africa oppressed black people in such a way that black people would retaliate with violence. But neither oppression nor violence is the answer, which this film touches on in the end. For Patrick, he resorts to revenge and violence, but believes he is doing what is right and just. While he is not portrayed as a terrorist, per se, his goal is to use whatever means necessary to see his fellow black South African people free. His tactics include such things as bombs, but they also make the point that they are not trying to kill people in the process.

The dramatic tension of this film is that both Patrick and Nic are decent men, though both are not without their faults. Nic is out to do what is right and catch the perpetrators, but he is also a part of an oppressive government. He is also responsible for the brutality shown to Patrick’s wife and others. Patrick is a decent hard-working man who loves his wife and children dearly, but he struggles with a relationship with a woman whom he has had a child with outside of marriage. He also resorts to violence, initially, believing this is the only way for his people to be free. In the end, what Patrick realizes is something quite different.

The events of this film culminate to the time that Nelson Mandela is released from prison and the political climate of South Africa was permanently changed. The message of this one man (Mandela) becomes the creed of our protagonist, Patrick, who says “You can never truly be free unless you forgive.” Essentially, forgiveness is freedom. Jesus taught us to forgive so that we could also be forgiven (Mark 11:25). He also taught us to love our enemies (Matthew 5:44). Although there is much cause to hate, what Patrick learns is to let his perpetrators live, and then he will be free—and everyone will be free. The fact that this story is based on a real person (who appears at the end of the film) sends this message home in a way one cannot soon forget.

Positive
Positive—Outstanding movie! Shows the power of forgiveness. This film enables the viewer to understand some of the struggles faced by South Africans during the horrendous time of Apartheid. It is not a movie for children, because it paints a realistic picture of some of the atrocities of that era, but I highly recommend it for older teens and adults who desire to see a real life story that does not advocate communism or terrorism, but rather portrays a depth of forgiveness seldom witnessed.
My Ratings: Better than Average / 4½

Candy, age 56
Positive—I was excited to see “Catch a Fire” because of my interest in South Africa, and because I lived there for 6 months. I was extremely impressed by this film that shows the true reality of what happened during aparthied. I labeled this film as offensive because it is—what took place during aparthied was extremely offensive and I would strongly reccomend this film if you want an accurate picture of life in black townships—and in white homes. While some people may say that this film advocates communism, the reality is that all groups—including communists—had to work together to end a much worse reality. The ending to this film was touching and expressed the ideals that Nelson Mandela spoke of—the ideals that have allowed South Africa to rise up to be the nation that she is today. I strongly reccomend this film to anyone. What you will see is offensive and to some, shocking. But what you will see is the truth.
My Ratings: Offensive / 4½

Anna, age 19
Negative
Negative—A movie sure to make Marxists happy. No surprise, since the writer, Shawn Slovo, is the son of Lithuania-born, Soviet-trained, leader of the South African Communist Party, Joe (Yossel Mashel) Slovo. Tim Robbins’ starring should have been a clue to me. Don’t waste your money on this socialist freedom fighter hero crap.
My Ratings: Offensive / 4

Dave Corwin, age 47
Negative—Boring. My kids fell asleep on the couch while watching this movie that got very good ratings. Don’t waste your time on this.
My Ratings: Average / 3

JoAnn, age 45
Negative—This is a movie depicting terrorism as heroic; maybe 9/11 taught some people nothing.
My Ratings: Extremely Offensive / 1

Eduan Sirhc, age 40 something
Negative—A wonderful example of Hollywood’s liberal propaganda. This movie completely distorts the truth, calling light darkness and darkness light. Nelson Mandela’s message was anything but love and forgiveness. And the South African government was anything but the Nazi lime monster it is made out to be in this movie. The ANC bred hatred and anti-white racism, and turned South Africa into a Anarchy, but in this movie it is supposed to breed love and forgivness, which is a joke. I would not recommend this movie to anybody.
My Ratings: Average / 4½