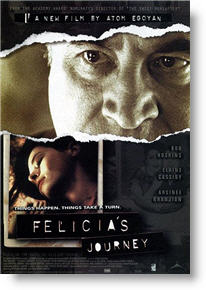 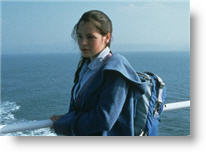 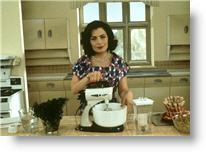 Abortion—Have questions about life before birth, or a woman’s choice about pregnancy and abortion? Visit this beautiful online presentation. Ask questions; get reliable answers.

Alone, pregnant, and abandoned by her family, 17-year-old Felicia (Elaine Cassidy) finds herself on the road in Ireland and England, in search of the boyfriend who slept with her and then left her, after telling her that he would be working at a lawn mower factory. Mr. Hilditch (Bob Hoskins), a lonely widower, comes across the lost girl as she searches for the factory and offers to help. But kindly, slightly eccentric Hildritch isn’t the friendly old man that he appears to be and soon Felicia finds herself drawn into a terrifying world and a fight for her life.

Besides being a taut, well-directed thriller, Felicia’s Journey is chock-full of positive moral messages. First and foremost is serves as a strong abstinence message. It shows the dangers of premarital sex, and the consequences of it that can be truly devastating, and encourages teens to be careful in physical relationships, even if the other person claims to love you.

The movie also gives an anti-abortion message, portraying it not as something that offers relief, but rather as something that offers fear and unhappiness. It encourages parents not to abandon their children in their greatest time of need, by showing us what may happen to their kids if they do—and warns kids not to get into cars with anyone, ever, no matter how friendly they may seem.

On a spiritual level, the movie compels us to remember that even the most evil people have souls, and that we must see the good in them as well as the bad. The final minutes of the film remind us that there is a life after death and that we must review our own thoughts, actions and hearts, for it is at them that God looks when we stand before his throne.

The only Christian-like characters in the film are a group of almost cultish followers who go from door to door, warning people of what’s to come if they don’t repent, and telling them of the paradise that awaits them if they do, although no mention is ever made of needing a Savior or anything directly Christian. However, it is implied that these minor characters do cause major ones to rethink their actions (what they do after rethinking their actions is another discussion entirely).

Although the movie is slightly strange at times, I found it to be engaging and extremely thought-provoking. Elaine Cassidy does a beautiful job as the sympathetic Felicia, and we feel her pain and fear for her as we see that Hilditch is evil and yet she does not. Bob Hoskins plays Hilditch superbly, with a quiet sort of menace. The story is well-written, and although it moves slowly at times, it has an almost Hitchcockian suspense.

In conclusion, I can easily recommend this film to parents and older teens alike, with much material worthy of discussion afterwards.

Parental warning: Language is mild, with three or four misuses of the Lord’s name. A person commits suicide by hanging themselves (mostly on-screen) and a non-bloody severed head is briefly seen in a movie clip. Hilditch briefly chokes on his food and falls on the floor. After her abortion, Felicia leaves a bloody spot on her bed and her nightgown. A 5-6 second shot has Hilditch fantasizing about having sex with Felicia, with slight movement and facial expressions, but no nudity whatsoever. It is a disturbing scene and is fortunately over very quickly. None of these keep me from recommending the movie, as most are fast shots and are not graphic in any way—but proceed with caution and discernment nonetheless.