for strong sexuality and nudity, language and some disturbing content 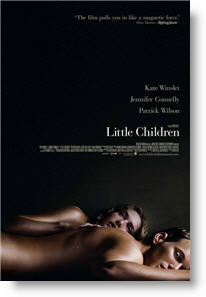 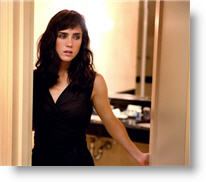 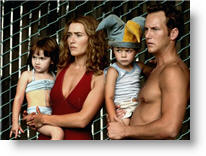 Husband Wife Relationship / Learn how to make your love the best it can be. Discover biblical answers to questions about sex, marriage, sexual addictions, and more.

Pedophilia—I think I was sexually abused, but I’m not sure. What is sexual abuse, and what can I do to stop the trauma I am facing now? Answer

Sexual Abuse of Children by Catholic priests, article written by a survivor—Go

Feminism—What about feminism and women’s lib?

“Little Children” was nominated for 2006 Academy Awards for…

Looking past what offends is a story being told that is charming, despite its dark subject matter. Todd Field (director) has done a spectacular job in bringing Tom Perrotta’s (author) characters to life. The character development is helped by the narration from Will Lyman. The soundtrack by Thomas Newman helps by setting mood effectively.

The story itself is a mash up of essentially three separate stories coming together through joint acquaintances. The primary of the three is that of Brad (Patrick Wilson) and Sarah (Kate Winslet). Their chance meeting in the community park where their children play is fueled for Sarah by the ogling community mothers who fantasize over this attractive man is who brings his son to the park. Sarah is also dealing with the fact that she has discovered her husband’s addiction to internet pornography. Brad, on the other hand, is keen to build a friendship with Sarah as she believes in him and encourages him. Something lacking from his wife who wants him to pass the bar exam, which he has already failed twice. What starts as a friendship progresses to a dangerous affair that dominates the rest of their story.

One of the sub stories is that of Ronnie (Jackie Earle Haley) a convicted pedophile returning to the suburb after a two year incarceration. This is a sad tale of how a man with serious problems is failed by the so called correctional system and is a marked man by everyone around him. His mother, whom he lives with believes him to be a good son and is constantly defending and encouraging him.

The lesser of the stories is that of Larry (Noah Emmerich) whose life has been on a downward slope since leaving the police force. His character is not likeable, yet he makes one of the biggest transformations.

“Little Children” shows us sin up front and never deals with any sort of real salvation. The ending of the movie, to me, was a happy one full of hope. Yet, it is clear that all of the characters needed to recognize their sin and turn to the savior of this world. Ronnie’s mother May told him “you are a miracle;” this is true, but she said it is because he kept going on even though he could die at any time! This would have been the perfect opportunity for the truth—to say that Ronnie is a miracle because he is uniquely made by the creator of the world.

Frankly, I thought Larry at the film’s end and this reviewer were too kind to Ronnie; it’s good that Larry repented of his unlawful behavior against Ronnie and his mom, but unbeknownst to him, he was right about Ronnie; the film makes it painfully clear that Ronnie was capable of and no doubt had hurt children before (this was not clear at the beginning, since we’re only told at first that Ronnie exposed himself to a minor and not whether he physically hurt a child before).

What was the correctional system supposed to do? Ronnie exposed himself in public and he did his time; how could they have known how sick he really was? He was not a miracle, not anymore, but an abomination and a child predator. His character’s finale was shocking and perfect in its irony.
My Ratings: Moral rating: Very Offensive / Moviemaking quality: 5

Jennifer, age 26 (USA)
Positive—Todd Field has created another masterpiece. This is one of the best films of 2006! I loved every minute of it. I read the book shortly before the film came to the Independant Film Festival here in S.C., and I was not disappointed with either one! Kate Winslet and Patrick Wilson are perfect in the lead roles, and Jackie Earle Haley is haunting as the pedophile character. The film is basically about these suburban adults that are, in a way, little children themselves. They make bad decisions left and right, and simply do NOT want to grow up. However, without giving too much away, this is also a powerful story about redemption, and making the RIGHT choices, something that is sorely needed in cinema today. There are some explicit scenes here, but it’s never gratuitous, and is appropriate for the story being told. I would NOT recommend this to children, or even to adults who are struggling with lust. This is only for those Christians who are strong enough in their faith to handle the adult subject matter. I loved it!
My Ratings: Very Offensive / 5

Adam Renkovish, age 24
Positive—In response to another reviewer on this site, no, this film was NOT intended for children, as the poster clearly states—a naked male and female lying in bed together—and any parent even CONSIDERING taking their children to this film needs to have a cat scan. However, this is one of the best films I have seen in a long time, and I loved it. It is very powerful, and has a moral message at its center. Yes, the adultery is wrong, and the movie never glamorizes it. In fact, it makes the whole affair seem quite ominious. Yes, there are disturbing scenes, but we live in a disturbing world, and there are always situations that need to be confronted. This film does exactly that, with class and intelligence. Recommended for ages 18 and up.
My Ratings: Very Offensive / 5

Mae West, age 44
Negative
Negative—I took my three daughters (ages 3, 4 and 5) to see what I thought was a family movie. Boy, was I wrong! There is nothing funny or family affirming about this abomination. And talk about false advertising! With a title like “Little Children,” I had expected something light and age-appropriate, but instead, we were subjected to 121 minutes of anti-Christian pornography. To add insult to injury, the theatre wouldn’t give us our money back. All I can say is, “Let us hear the conclusion of the whole matter: Fear God, and keep his commandments: for this is the whole duty of man” (Ecclesiastes 12).
My Ratings: Extremely Offensive / 3

Anne Larsen, age 37
Comments from young people
Neutral—I saw this movie with my two sisters (11 and 15). I found some parts funny. But, there was a lot of inappropriate content. Nobody under 13 should see it. The plot was pointless and the ending was horrible.
My Ratings: Offensive / 4