for some violence and brief language 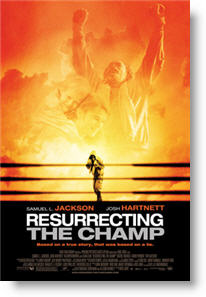 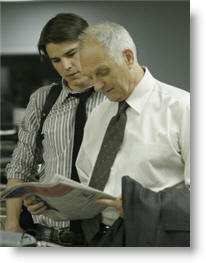 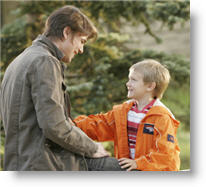 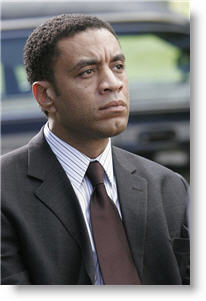 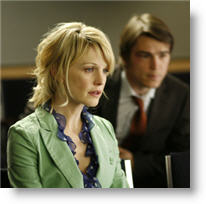 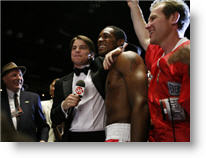 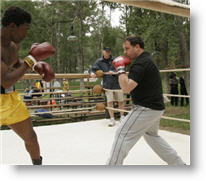 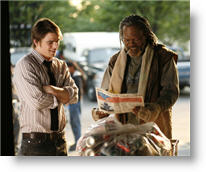 “Based on a true story, that was based on a lie.”

Hollywood is meant to entertain. We don’t typically look to Hollywood to provide us with moral, upright characters. In fact, we don’t look to Hollywood for morals, period. If we did, these reviews wouldn’t exist. However, in this repackaged “average guy gets his big shot” movie, we do get a glimpse of an earnest dad in an age of fatherhood-lite.

Based on a true story, “Resurrecting the Champ” is about, Eric Kernall, an up-and-coming sports writer (Hartnett) for the Denver Times, and his big opportunity to break out of the status quo and “become someone” to his son. His wife and he are currently separated, and he’s struggling to know how to love his son the way his dad never loved him. On a particular night he stumbles across a bum (Samuel L. Jackson) who calls himself “the Champ” or “‘Battlin’ Bob Satterfield, number three in the world.”

Most people thought Satterfield was dead… turns out he’s been taking his shots and making a way to survive. So Hartnett sets out to change his fate and show everyone else the cruelty of our love-lost, entertainment-driven culture and the hope inspired by perseverance in suffering. It’s his big opportunity in the news world.

He finally gets his story, and “the Champ,” as well as Eric, are back on top once again. That is, until reports start coming in suggesting that Bob Satterfield isn’t actually Satterfield, but a fake. Yet “the Champ” can box, he knows the lingo, and there’s even old video of him boxing with others of his time. How does this fit together? What happened to the “Champ?” It could be one of the biggest blunders in sports history, unless Eric can prove otherwise. His wife has doubts, his son is humiliated, and his job is on the line. “Champ’s” reputation and Eric’s newfound friendship is in jeopardy. Everyone is looking to him for some answers. Suffering and redemption, humiliation and freedom, they classically collide, while he struggles to provide the solution for those he loves.

“Resurrecting the Champ” is a movie that strives to show integrity, hope, passion, sincerity, love, loyalty, and turns out to be one big, “Was that it?” It has several makings of a great movie, but leaves you hanging in every emotional scene. Jackson is so believable, as a washed up, homeless “Champ,” and the overall plot is good and intriguing, but the whole movie just under-delivers. It’s like coming to the top of a roller coaster just to have the brakes on the whole way down. And don’t be fooled, the trailer for the movie is very misleading. There’s not much of a mystery, he’s not really trying that hard to figure it out, the people aren’t as threatening, and the situation isn’t as dire, as the producers would have you believe. Plus, the end forgets to tie-off a couple things.

Having said all that, I will let you know that if you want to go to a good movie with an attempt at showing good morals then this one is pretty good. We find ourselves on the mild side of a PG-13 movie. I counted about ten curse words, one being the dreaded “F” bomb and a couple of them being said in fairly mild situations. There is a quick shot of the ring girls in two scenes, both are hard to anticipate, but one is modestly dressed (for a ring girl that is) and the other is mostly shown from the side/back. Hartnett’s wife (Kathryn Morris) is shown twice in her pajamas, and throughout the whole movie has just enough modesty lacking to make you role your eyes. There are a few fight scenes; one is very sad as it consists of a few frat-boys beating up on the “Champ,” but none of them show any heavy violence.

However, more disturbing than all that is the concept of God in the movie. His name is taken in vain three times, but it could have been more with the way the characters talk about Him. He is brought up on a few occasions with no real reason or point. They talk about God casually, as if they all have some sort of agreement on who He is; yet it’s clear they are communicating very different things about Him and their relationship to Him. In the end, God doesn’t seem to have much to do with anything. This kind of haphazardness surrounding God will only continue to subtly desensitize us to the reverence we ought to have when addressing Him with others.

The main character resists temptation on at least two occasions, in order to stay faithful to his wife, even though she kicked him out of the house. He also has a “heartfelt” moment with his son, where he comes clean on some lies he had been telling him. Overall, a very realistic struggle is shown in the lives of the characters, and I’m sure people will be able to relate on several different levels. If you capitalize on the opportunity, this movie could even generate some good discussion. But don’t expect the movie to provide you with the answers that actually satisfy; those are found in Christ.

Positive—Having seen a “sanitized” version of this movie on a flight, I was spared the offensive language written about in the review. However, I would rate “Resurrecting the Champ” a 4-out-of-5 based on the excellent acting of Samuel L. Jackson and Josh Hartnett. The reviewer contends that the film turns out to be one big, “Was that it?”… leaving the viewer “hanging in every emotional scene.” I beg to differ. Not unlike “The Emperor’s Club,” the film demonstrates the palpable struggle for integrity, both personal and professional. Both Eric and The Champ are forced to face their own disingenuous existence. Granted, they do not find themselves corrected and set on a new trajectory because of Christ, but nonetheless, they face reality and courageously demonstrate the fortitude necessary to live a worthy life.
My Ratings: Moral rating: Better than Average / Moviemaking quality: 4