for mature thematic material including violence, drinking and smoking 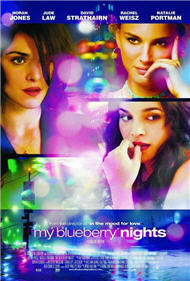 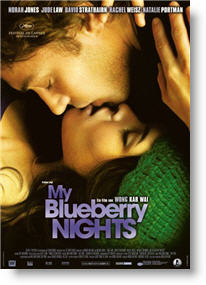 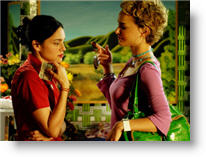 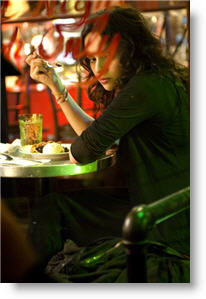 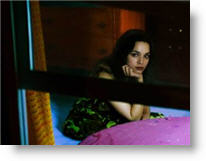 Elizabeth (Norah Jones) learns that her boyfriend is cheating on her the hard way—from a complete stranger. Heartbroken, she runs away from her old life in search of something new that will help her forget. This simple movie, short on plot but rich in character, tells the story of her journey and how the people she meets teach her lessons about life.

A man broken by grief and anger and his wife who is having an affair (David Strathairn and Rachel Weisz, in the film’s most powerful performances) show her the tragedy of what happens when we hold on too strongly to our grief and refuse to let go, and that sometimes we have to take responsibility for our actions and sometimes for the actions of others.

A girl with a talent for gambling, but a selfish spirit (Natalie Portman) learns and teaches the need to reconcile with past problems before it is too late—and the importance of trust in any relationship. And a young café owner (Jude Law) shows Elizabeth what true love, devotion and friendship can really be like.

This film surprised me with its simple charms, and yet it has many profound thoughts written subtly into the screenplay and story. The crooning, smooth jazz songs of Norah Jones make a fitting soundtrack. However, Jones’ inexperience is evident, as she is overshadowed by the rest of the cast, but her film debut is much better than that of most pop singers.

The content, thankfully, does not contain any sexual material, as most romances do these days, beyond some kissing. There is violence in two beatings, one which results only in a bloody nose, another resulting in a man being carried away in ambulance. The bloody results of a fatal car crash are briefly scene. A man threatens a woman with a gun. There are mild profanities and a lot of inappropriate name calling, and Portman’s character uses the f-word twice.

Still, the characters are real, and the changes they make (or do not make) feel sincere. There are lessons to be learned from all of these people, and the negative content does not by any means cancel out the positive. When looking for movies about romance these days, teens could do a lot worse than a night of blueberry pie.

Neutral—I watched “My Blueberry Nights” without knowing what to expect. I simply knew that Natalie Portman is a very talented actress, and I wanted to see her in the movie. From a Christian point of view, there really wasn't too much to be offended by. There was some swearing, drunkenness, and gambling but otherwise the movie wasn't either good or bad. I simply found the movie to be pretty boring. I did, however, enjoy Natalie Portman’s performance of a gambler with a southern accent, and that alone made it worth watching for me.
My Ratings: Moral rating: Average / Moviemaking quality: 3½