for sensuality and language. 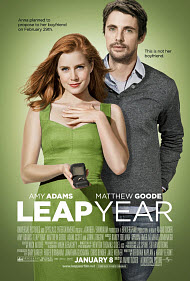 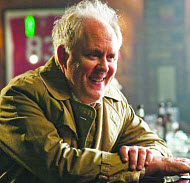 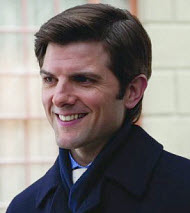 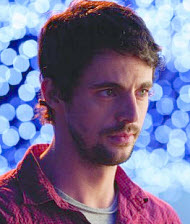 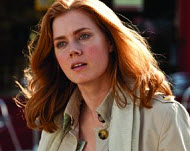 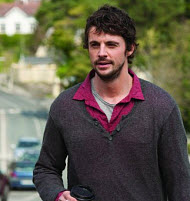 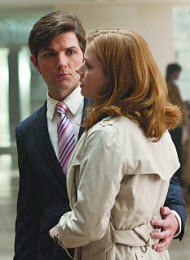 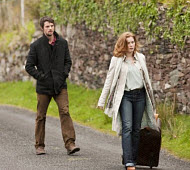 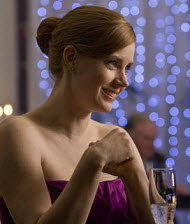 Nearly every girl dreams of the day when the man she loves will get down on one knee and present her with a jewelry box containing a sparkling engagement ring and ask her to marry him. Anna (Amy Adams), a successful young businesswoman, thinks that her dream of that romantic day is about to come true, after her friend sees Anna’s boyfriend, Jeremy (Adam Scott) leaving a jewelry store. At a romantic dinner that evening, Jeremy presents Anna with a small jewelry box, but much to Anna’s dismay the box contains earrings, not the much-anticipated engagement ring. Anna is determined not to let her disappointment derail her dream of true love and marriage, so she decides to follow Jeremy to Dublin and participate in the old Irish Leap Day tradition, which allows women to propose to men on Leap Day. Anna’s journey to Dublin brings many surprises when she gets stranded on the other side of Ireland and must recruit the help of small town Irish resident, Declan (Matthew Goode) to help her get to Dublin. As, Anna and Declan, make their way across the island and face many humorous challenges together, including unpredictable weather and small town Irish charm, the bickering pair begin to understand and appreciate one another.

“Leap Day” is a relatively clean, lighthearted romantic comedy that has many positive elements. The many misfortunes that befall Anna and Declan on their expedition through the Irish countryside on their way to Dublin are humorous and fun to watch. Respect for the institution of marriage is seen several times throughout the film as the traditional values of the residents of small town Ireland are exemplified. For example, an innkeeper and his wife refuse to allow unmarried couples to cohabitate in their lodgings. Although Anna and Declan lie about their marital status in order to receive accommodations for the night, they resist their desire to give in to sexual temptation, and they do not make love. We also see several examples of true love and commitment that exists between several married couples that they meet along the way.

Anna begins her journey a pampered wealthy businesswoman in pursuit of her successful and materialistic boyfriend, but, as her journey with Declan progresses, she begins to be impressed and humbled by Declan and the other residents of rural Ireland’s focus on character, true love, and commitment to the people they love. By the end of the film she can see that her world of material luxuries and her relationship with Jeremy is unfulfilling, and she realizes that she must follow her conscience and do what she knows to be right.

Even though “Leap Year” is cleaner than most mainstream romantic comedies, the amount of sexual innuendo in this film is inappropriate for its PG rating and merits a PG-13. The profanities are generally mild and are not pervasive throughout the film, but include approximately 4 uses of the word h**, 2 uses of the words, a**, jack***, and other milder obscenities such as dam***, poo, and the British profanity, bloody. The Lord’s name is taken in vain approximately 9 times during the film. The most prominent use of the Lord’s name in vain takes place during a scene, where Declan and Anna unexpectedly throw open the doors of a church and run inside the sanctuary in order to escape the inclement weather, but much to their surprise they find themselves in the middle of a wedding ceremony. As they charge into the sanctuary Declan loudly exclaims, “Je*** Chr***!”, and as soon as they realize they are in a church Anna quickly adds, “is Lord.” Anna and Declan are embarrassed by their irreverence and quickly apologize for their actions, and the priest invites them into the church to celebrate the couple’s marriage.

Other sexual situations that are of concern include a scene where Anna’s unclothed silhouette can be seen dancing behind a shower curtain in the bed-and-breakfast bathroom, while Declan is still in the room. Declan’s unclothed silhouette can also be seen behind the shower curtain, though his front side is covered by a towel. In another scene, Declan bursts into Anna’s hotel room, while she is still in her bra and panties, to inform her that he is willing “to do it…”—to take her to Dublin, however Declan appears to be unaware of her state of undress as he delivers the double entendre, “okay, let’s do it, because you’re desperate (to get to Dublin).” A group of three young men offer Anna a ride as she and Declan are walking through the Irish countryside. These three load Anna’s designer suitcase into that back of their van and drive off with it. Later in the film, the three thieves can be seen pulling Anna’s lingerie (bra and panties) out of her suitcase and playing with them by putting them on their heads, but Declan defends Anna’s honor and beats the thieves up. A bit uncomfortable and awkward to watch are several passionate kisses exchanged between several older married couples, who are showing their love for each other during a dinner party.

In addition, there is a moderate amount of drinking that takes place throughout the movie, which may be of concern to some viewers. In one scene, an older intoxicated man, sitting at a bar, jokingly asks Anna if she will marry him. Another drunk man at a pub in Ireland turns to Anna and says, “hello there” in a flirty manner and then proceeds to stand up and fall over. After a rough day, Anna can be seen drinking a bottle of vodka, and she later throws up on Declan’s shoes.

Overall, “Leap Year” is a delightfully funny romantic comedy, however I would caution viewers not to heed this film’s PG rating, as it contains sexual content that is inappropriate for younger audiences and should have received a PG-13. Though this film is not without its problems, Leap Year’s touching conclusion exceeded my expectations and ended on a moral high note.

Positive
Positive—I liked this movie, even though it was really really lame, with an almost completely predictable plot, stereotypical supporting characters, boring action, but made bearable by the very charming lead characters, played convincingly by Amy Adams and Matthew Goode. The ending is pleasingly romantic and the Irish countryside is fascinating to watch, and most importantly, it lacked offensive elements, like profanity and in your face immorality. Ok to see, accepting it as the a fluffy romcom (romantic comedy) that it is.
My Ratings: Moral rating: Better than Average / Moviemaking quality: 3

Halyna Barannik, age 63 (USA)
Positive—This was a good film. It was sweet. There were some minor issues including about seven or eight cuss words, but the ending was just how it should be. They do not sleep together which is always a plus because it is so rare in romantic movies these days, and marriage is seen as a very important part in a relationship. It is a great light romantic comedy to see.
My Ratings: Moral rating: Average / Moviemaking quality: 4

Ashley, age 19 (USA)
Positive—This was a great date movie for me and my wife. We don’t go to see movies in theatres that often, but when we do, I check this Web site prior to going. The main reviewer and member reviews were accurate. There are some minor objectionable material—if there was a rating between PG and PG-13, I’d give it that. But compared to some PG-13 movies out there these days, I guess PG is more appropriate. The plot is predictable, however, Amy Adams and Matthew Goode’s on-screen chemistry lures you into what movies do best—escapism from the real world. My wife and I walked out of the theatre refreshed and smiling because it was simply a good and sweet romantic comedy.
My Ratings: Moral rating: Better than Average / Moviemaking quality: 4

Hank, age 32 (USA)
Positive—I loved this movie!!! I have always liked Amy Adams. But this one was so cute. I loved how it showed the importance of being married or wanting to be married. I heard people who said it was awful… but I went and saw and thought it was refreshing. I have seen far too many movies that are offensive but everyone says they liked. The only thing that was slightly risque was when Amy Adams (Anna) and Matthew Goode (Decklyn) had to share a room… but that was the only thing that I thought was a little touchy… as I really can’t ever seeing me share a room with a man who’s not my husband. But the movie was still really good, and had values of “if you only had 60 seconds and your house was on fire, what would you save?” Would it be material items or the people you love… I liked it. Would totally see it again…and again.
My Ratings: Moral rating: Better than Average / Moviemaking quality: 4½

Comments from young people
Positive—This was a very sweet movie! It was pretty clean for a romcom, which seems to be so hard to find now in days. They were some cuss words but nothing extremely bad. Cussing was the worst thing in the movie. There’s, as it has been written before, a seen were you can see the shadows in the shower, however they do not show much. At one point he does get in bed with her since the only other option was the shower. When he wakes up and finds his arm on her shoulder he quickly takes it off. There is a drunk man and scenes in bars, but they don’t last long. This movie was awesome! I think this is a great movie to go see, but obviously if they’re the right audience. The scenery in the movie is also beautiful!!!
My Ratings: Moral rating: Better than Average / Moviemaking quality: 4½