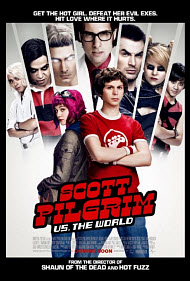 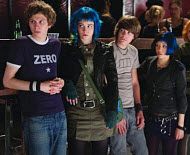 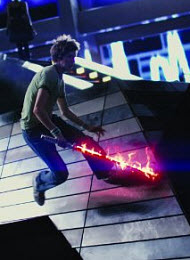 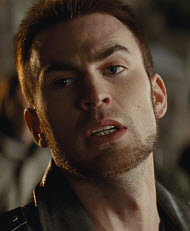 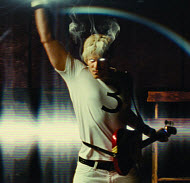 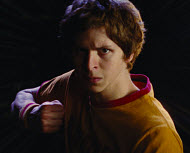 DATING—Why won’t my parents allow me to single-date? Answer

“Get the hot girl. Defeat her evil exes. Hit love where it hurts.”

Ever since making his transition to the big screen in “Juno,” Michael Cera has become well known for playing the lovably insecure nerd who gets by with subtle charm and wittiness. Now Cera is stretching his acting chops, a little, and taking on the role of reluctant action hero Scott Pilgrim. However, come to think of it, most superheroes don’t just willingly dive into the role of crime stoppers, they usually ponder their choices a little while before donning their distinctive colorful capes and self-identity protecting masks.

Scott Pilgrim doesn’t need a cape nor a mask, for his arch-enemies already know who he is. He’s the current boyfriend of rollerblade delivery girl Ramona Flowers, and by obtaining this role he has to do battle with her seven exes.

“Scott Pilgrim vs. The World” is based on the graphic novel Scott Pilgrim Volume 1: Scott Pilgrim’s Precious Little Life by Bryan Lee O’ Malley and, as such, is pretty much graphic novel standard fare. If you are into this particular sub genre, you will probably enjoy the film; if you’re not, there really isn’t anything new this film offers.

The movie essentially follows Scott as he tries to balance his feelings for Ramona with the fear of dying while fighting off all her ex-boyfriends. Each battle that he engages in gets more and more intense, as he literally grows weaker (just as in a video game, his life points drain away).

The movie is fashioned more like an electronic fighting game than an action picture. The fight scenes consist of stylized martial arts fights where there is a lot of movement and punches landing, along with obligatory groans, grunts and crashes. There is no blood, and even when opponents are defeated they explode from the screen as pixilated silver coins and a digital point total rather than in blood and carnage. If you’re a fan of action movies that exist solely on the basis of action, than there is nothing in this movie that you haven’t seen before, and since the plot revolves around Scott defeating seven ex-boyfriends, by the time he gets to boyfriend five and six you’ll have seen it only minutes before.

Profanity: There are roughly a handful of profane words and a few instances of g.d. and other uses of religious profanity. One character, in particular, spouts off profanity with every other word that comes out of her mouth, however none of it is heard or even seen, since the filmmakers have digitally bleeped her words and placed a black spot over her mouth during the expletives, think of it as listening to the censored version of a song on iTunes, in context, you know what is being said, but the actual word that is said is not heard.

The item that many Christian viewers will find most offensive has to do with the sexual orientation of a couple of secondary characters. The first of which is Scott’s roommate Wallace, who, when introduced, discloses he is “gay.” He says it in a very joking manner, and one is never sure whether he is being sincere or simply said it to get a reaction. When he kisses another guy and ends up in bed with him, it is clear he wasn’t joking. This happens on two occasions, and in both encounters the intimacy is implied and never seen. Another character is one of Ramona’s exes who is an ex-girlfriend. Anyone who has seen the trailer to this film has no doubt heard the line about Ramona being “bi-curious.” The relationship and it’s implications go no further than that one line used only to set up the next fight scene.

By way of comparison Scott Pilgrim, as far as it’s level of violence and overall morality, is far, far, far less violent and offensive than either “Kick-A**” or “Watchmen.” While those two films definitely earned their “R” ratings, the “PG-13” rating Scott Pilgrim garnered definitely demonstrates who it’s target audience is: teenage “fanboys” of comics, video games and graphic novels, as well as teen girls who will see anything that has Michael Cera’s name and face attached to it. If you’re not in one of those two demographic groups, chances are Scott Pilgrim’s battle against the world will not appeal to you.

“Scott Pilgrim vs. The World” is rated PG-13 “for stylized violence, sexual content, language and drug references” and has a running time of 112 minutes.

Comments below:
Positive
Positive—I like to think of myself as a Christian that looks at the Bible as a literal reference for Jesus’s following. I thought I read the same book as every other Christian, thinking that Jesus is forgiving and non-judgmental of people, as a whole. The whole cursing and such is offensive, of course, to children. This is why children should not see it, unless they are mature, 13, or older. The whole homosexual thing has me in a bind. I belong to the UCC, and our teachings are that we all are god’s children no matter what sexual orientation. I did not even find this offensive in the least bit. I have friends and family that are openly homosexual. They are loved by God just as much. It isn’t even a main topic in the feature. In our day and age, this lifestyle is more accepted and rightly so. I am a Christian and proud of it. I am offended that homosexuality still offends people. Open up your minds!
My Ratings: Moral rating: Average / Moviemaking quality: 5

April Reed, age 25 (USA)
Positive—“Scott Pilgrim…” is not just an entertaining film: it’s a visual delight and a constant madcap dance of creative setups and innovative storytelling. It does things that only a movie is able to do, and it does it well. And yet the story is still easily accessible to mainstream audiences: it’s about Scott Pilgrim (Michael Cera), who is trying to win the heart of Ramona Flowers (Mary Elizabeth Winstead), but has to fight her seven evil exes to do so.

I’d recommend this movie for teens and adults. Children wouldn’t appreciate it because it’s about romance, and that’s certainly not something they’re going to understand until they hit puberty. Also keep in mind some thematic content. At the beginning Scott Pilgrim is dating a 16-year-old girl from a Catholic school, and he basically dumps her cold to pursue Ramona. It is not a nice thing he does, and he has to pay for it later. This movie is very moral for showing that his actions has consequences. I suppose you could even argue that Ramona’s seven evil exes is a further demonstration of consequences, and of how careless deeds in the past can come back to haunt you. But I think that’s going a bit too deep: this is really just a fun, fun movie, and it’s appropriate for any teenagers with a modicum of moral sense.

P.S. Also, I think there’s a bit of alcohol content (it’s been a few weeks since I watched it) and some mild language. P.P.S. To previous commenter April Reed: thank you so much. Your words mean more to me than you can know. Keep spreading God’s love!
My Ratings: Moral rating: Average / Moviemaking quality: 4½

Negative—To the commenter (above) who said “open your mind” to homosexuality, and that you are offended by Christians who are against homosexuality… then I guess you are offended at God Himself, who told us: Romans 1:26-27 (New International Version) “Because of this, God gave them over to shameful lusts. Even their women exchanged natural relations for unnatural ones. In the same way the men also abandoned natural relations with women and were inflamed with lust for one another. Men committed indecent acts with other men, and received in themselves the due penalty for their perversion.” We can all choose to obey God or disobey. God loves us, and has told us to stay away from sin for a reason—not to punish us, but that are lives may go well, and be honorable to Him!

Editor’s note: See the following ChristianAnswers.Net articles—
What’s wrong with being gay? Answer
What about gays needs to change? Answer
Biblically, what should be the attitude of the church toward homosexuals and homosexuality? Answer
Read stories about those who have struggled with homosexuality

Neutral
Neutral—While “Scott Pilgrim…” is, indeed, an action movie, it does contain some offensive content. At one point, Scott and Ramona are seen a bed kissing; she in her bra and underwear, he without a shirt. While they do not make love in this scene, there are some comments made about that choice. Also, Scott’s gay roommate has several explicit phrases and scenes throughout the movie that most followers of Christ (including myself) would find offensive, were they not for comedic purposes only. I found it only mildly offensive compared to other movies in this vein that I have seen, including “The Watchmen” and “Kick-Ass”.
My Ratings: Moral rating: Average / Moviemaking quality: 4