for crude and sexual content, pervasive language, nudity and some violence. 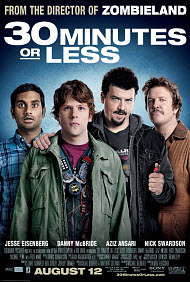 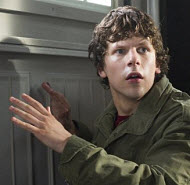 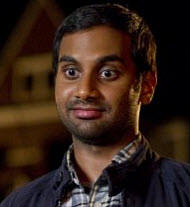 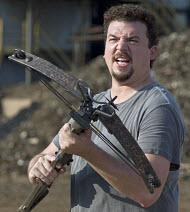 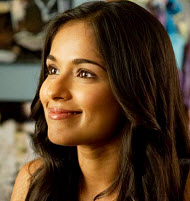 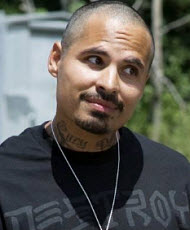 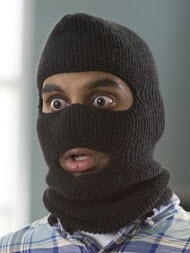 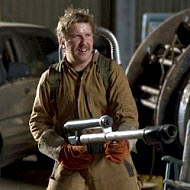 strapped to a bomb

Like it or not, this summer has been the summer of the “R” rated comedy. Between “The Hangover Part II”, “Bridesmaids”, “Bad Teacher”, and “Horrible Bosses”, three R rated comedies have topped $100 million at the box office and many more have been financially successful. This has kept studios busy churning out more and more humorous stories that are filled with questionable material. This begs the question: do we really need another one? The makers of “30 Minutes or Less” would have you believe that the answer is undoubtedly yes, but I’m here to tell you just how wrong they are.

“30 Minutes or Less” is directed by “Zombieland” director Ruben Fleischer, and it stars the same lead, Jesse Eisenberg. Eisenberg plays Nick, a slacker pizza delivery guy who is in love with his best friend Chet’s sister. Nick, unfortunately, delivers a pizza late at night to two psychopathic idiots, Dwayne and Travis (Danny McBride and Nick Swardson). Dwayne and Nick have a master plan that involves drugging Nick, strapping a bomb to his chest, and making him rob a bank for them.

This setup leads to a comic bank heist film where Nick and Chet (Aziz Ansari) navigate their way through a bank robbery. Like “Zombieland”, “30 Minutes or Less” is a dark and violent film that contains some genuine laughs. All four lead actors are talented and more than capable of offering some funny moments, especially Ansari from “Parks and Recreation” (TV series). Fleischer successfully keeps the film moving with plenty of action; unfortunately, “30 Minutes or Less” is only occasionally funny and often just inappropriate.

“30 Minutes” or less is rated R and is rife with content issues. The bad language is constant, with the film racking up over 300 uses of profanity and vulgarity. The violence, while played for laughs, is also evident throughout the film with most characters waving around firearms, bombs, and even flamethrowers. There is plenty of rough sexual dialogue, as well as one scene in a strip club with graphic nudity. For a movie that clocks in at less than 90 minutes, it does its best to fill the screen with as much objectionable content as possible.

For all the poor content in the film, there is very little redemptive to speak of. In fact, aside from the two lead characters showing some positive characteristics of friendship, there is nothing that makes this film worth your time. Sporadically funny, yet wholly inappropriate, viewers should spend less than 30 seconds on “30 Minutes or Less”.

Negative
Negative—This movie had the most filthy language of any movie I have ever seen in my life. In my younger days, I have seen pornography (rated XXX) movies that had MUCH cleaner language than this movie has. The “F” word occurs 237 times. This was admitted by the producer of the movie. The acting is horrible. Each actor has poor chemistry with the other actors. There is so much obscenity, that I spent most of my time wincing so bad, I couldn’t keep up with the plot, then it dawned on me, that there really was no plot, other than this kid has a bomb strapped on to him and some bad guys want him to rob a bank for them, or else they will blow him up.

This is absolutely the worst film I have ever seen in my life. Avoid it like the plague. I think the producers should be arrested for pushing pornography under the rated R label.
My Ratings: Moral rating: Extremely Offensive / Moviemaking quality: 1

James, age 48 (USA)
Comments from young people
Positive—Me and my mom went to see this thinking this is going to be another one of those raunchy comedy flicks, while going anyway. While it has a good plot, it still has it’s flaws.

1. Way too many cuss word, including the f-bomb used throughout the entire move.
2. A long sex scene and lot’s of sex talk.

After we got out after seeing it all, I really did think this movie was extremely offensive especially since this really happened to a person.
My Ratings: Moral rating: Extremely Offensive / Moviemaking quality: 4½

Matthew, age 13 (USA)
Negative—I am only wondering about the 13 year old’s review for this movie—where he says he went with his mom to see. The movie contains a long sex scene with filthy talk. I am still trying to process this scenario. Just goes to tell you that everyone should not have children. I know this is not a review about the movie—neither have I watched it, nor do I plan to.