Life in a Day

for disturbing violent images, language and a sexual reference. 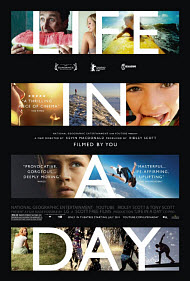 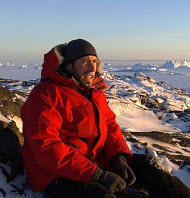 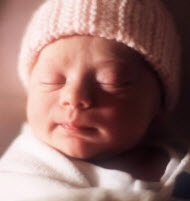 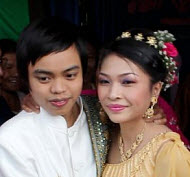 birth in the Bible

Mind your own business

Similar to God’s loving omnipresence in the world, as can be read throughout the Bible, “Life in a Day” doesn’t “mind its own business.” It shows an inside view of a day in the life of people around the world. Mundane and important moments—shocking images entwined with sweet vignettes, “Life in a Day” runs the gamut of stories, as they happened on a single day, July 24, 2010.

“Life in a Day,” produced by Ridley and Tony Scott, is the brainchild of documentary filmmaker Kevin Macdonald. Macdonald issued an invitation on YouTube for people to film a day in their life and to share it with the rest of the world through this film. Although the film obviously doesn’t contain footage of every person and everything that happened on that day, a small slice of many different people is captured. To allow the less fortunate to make their own contributions, the producers donated cameras to people in several third world countries.

The amateur filmmakers were instructed to answer four questions: “What makes you laugh?” “What do you love?” “What do you fear?” and finally, an odd piece: “What is in your pocket?” The ensuing answers to the questions make up the story.

Some of the sequences are ordinary, such as a man on his way to work, filming the elevator and his motorcycle. Another scene shows a widower getting his son ready for school, which then becomes more unusual when the father helps the boy to light incense at a memorial altar for his mother

Many of the pocket content revelations are definitely mundane, except for a couple of instances. In one, a man removes a rosary and an audio headset—he points out the importance of one versus the time waste of the other. Another sequence shows a man with a gun and a syringe—not something you’d see in most pockets.

To show the answers to the questions of love, fear, and laughter, there are several more important life moments in the stories. In one, a man in his hospital bed is explaining his recent heart surgery and tearfully thanking the staff at the hospital for saving his life.

As we are reminded in Psalm 139:13-16, God lovingly watches over our lives from their beginning. Several scenes of birth are shown interspersed in the film. In one clip, a young woman proudly displays for the camera her home-pregnancy test stick, showing positive for pregnancy and a new life. Another woman is shown giving birth—by caesarean section. The father films the birth right up until the moment when the baby is pulled from the womb—the father is then filmed, laughingly, by one of the hospital staff; he had fainted and is on the floor of the delivery room.

Life before birth—questions and answers about human pregnancy and birth

While adults will probably find the sequences of birth to be very interesting, these views could be a bit intense for youngsters. Parents should be conscious of whether these clips, which include a close-up view of a giraffe giving birth, might be upsetting for children.

On the other side of life, animal slaughter is displayed very graphically. These scenes are definitely not for most children, nor for the feint of heart.

“Life in a Day” does an excellent job of integrating the diverse stories, shooting methods, and styles. Continuing similar music in the soundtrack throughout several different clips is one method used to provide these connections. Also, providing continuity is the method of returning back to one initial story within a series of other sequences. On a broader scale, transitions from country to country are connected throughout the film by following the progress of one man who is circling the globe on his bicycle.

On a side note, an annoying technical problem with “Life in a Day” is that the subtitles used in the film are very difficult to read, at least on the version I viewed. The audience needs the subtitles to translate the many different languages throughout the film. Straining to read subtitles, especially to those unused to reading them, might diminish the viewer’s interest.

Unlike many movies of late, which force a certain political view on the audience, “Life in a Day” presents many different faiths, cultures, and attitudes, in an honest and forthright manner, avoiding opinions or other spins on the topics at hand, but letting the individual filmmakers state their own message. Compassion, thankfulness, faith, and understanding of our fellow man become the subtle message of “Life in a Day.” As Peter wrote in 2 Peter 1:5-7:

“Life in a Day” helps to provide a little bit of the knowledge that can help all of us live peacefully with our fellow man.

The Lord says in Isaiah 49:15-16 that He will never forget us; we are engraved on the palms of His hands. Like the old man living in poverty in a cemetery exclaims cheerfully, we need to remember that “God wouldn’t forget us—He created us!”