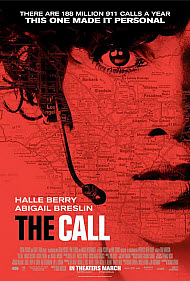 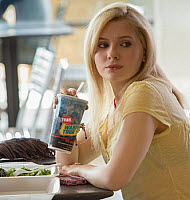 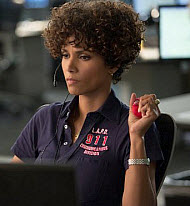 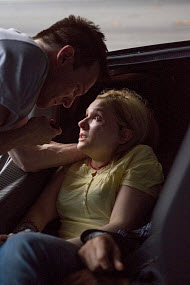 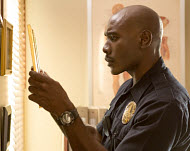 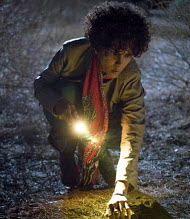 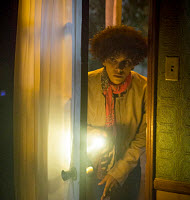 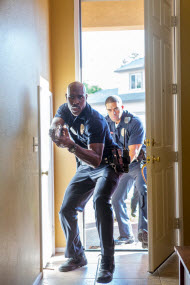 serving the public by being an emergency worker

a remorseless murderer; a psychopath

In “The Call,” a 9-1-1 operator named Jordan (Halle Berry) receives a frantic call from a young girl whose house is being broken into. The Operator helps the terrified teen, Leah, outwit the intruder, but as he’s on his way out, the call is dropped. Jordan makes a fatal mistake by immediately redialing the number. The ringing phone tips off the intruder to the girl’s location, and Jordan hears her being attacked. At one point, the intruder picks up the phone, and Jordan pleads with him to spare the girl’s life, to which he replies, “It’s already done.” An already distraught Jordan learns the next day that Leah was murdered, when her nude body is found in the woods.

Six months later, her tragic mistake still haunts Jordan, and she’s resorted to teaching new 911 operators instead of taking calls herself. Teenaged Casey is abducted in a parking lot and manages to make the call to 911 from the trunk of her kidnapper’s vehicle. The police are unable to get a direct trace on the phone, and the 911 operator who took the call isn’t prepared for the uncanny situation, so Jordan gets on the line. What ensues is an excellent, nail-biting thriller that sees Jordan match wits with the girl’s abductor Michael (played by Michael Eklund), who she eventually learns is the same person responsible for Leah’s murder. Jordan almost literally pulls out every trick in the book to decipher Leah’s location, and there are numerous close calls throughout the movie. It made for an enjoyable experience, as myself and everyone in the theater cheered Jordan and Casey on while groaning when their plans were foiled.

I didn’t go in expecting to, but I really enjoyed “The Call.” Despite the abomination that was “Catwoman,” I know Halle Berry to be a credible actress, and the trailer looked decent, so I was expecting an okay film, but it was much more than that. The acting was great, Berry delivered a powerful performance as the tormented Jordan, who against her own advice forms a bond with Casey throughout her ordeal. 911 operators stand in the gap between people with emergencies and the first responders who can help them, and it’s not always an easy responsibility.

Abigail Breslin plays her part as Casey well, and her “last words” to her mother are especially touching. A stand out performance would have to be Michael Eklund. He is easily one of the creepiest human villains to hit the big screen in the last couple of years. His character is highly intelligent, and everything he does is well thought out, even when Jordan’s interference throws an occasional monkey wrench into his plans. As we know in real life, brilliance doesn’t detract from madness, and Michael is certainly unhinged, and we gets hints throughout the movie that he’s been that way since childhood. The little things Eklund does, particularly his facial expressions, help to bring out just how sick he is.

I also loved the writing. The dialog is realistic, and the twists and turns are beautifully crafted. John Debney, who scored “The Passion of the Christ,” adds a memorable, fast-paced soundtrack that accentuates what is happening onscreen and raises the stakes all the more.

The only complaints I have about the movie are the directing, which has some “in your face” moments that distracted me here and there, and the ending which didn’t quite match the intelligence the rest of the film put forth. But I judge movies by whether they can keep me immersed or not, and this one succeeded for the majority of the running time.

The content was “okay,” despite being a rated R movie. There is no nudity, which might sound contradictory, since I mentioned a dead nude girl earlier, but it’s shown on TV, and the private parts are blurred. A couple of characters kiss, and, during a conversation between teenagers, sexual activity is discussed. Interestingly enough, despite having a promiscuous friend, Casey seems to have her head on straight when it comes to sexuality. She implies that she’s turned down dates her friend set her up on, because of the guys’ expectations.

There is some foul language, a couple of b-words from the not-so-moral friend, and Casey hurls an f-word at her abductor. There is some gore: at one point Michael begins cutting into someone’s flesh, and the camera doesn’t shy away from it, a man is beaten with a shovel and then stabbed multiple times (we don’t see it in gross detail). Incest is also implied. So, overall, I wouldn’t suggest it for children, because, in addition to those things, it has plenty of disturbing, tense moments, but I’d say it’s alright for teens 16 and up, if their parents are okay with them watching certain R-rated movies. With a couple of minor tweaks, this film could’ve probably gotten by with a PG-13.

Positive
Positive—The movie was very mysterious, and kept you on the edge of your seat until nearly the very end. The ending was very disappointing, as the movie maintained a realistic approach throughout, yet the ending was very out of reality, even paying back dishonesty with dishonesty, which was disappointing, as I felt it sent the wrong message of revenge, for revenge would have played itself out nicely, if the cops were involved.

I took my teenage daughters (18/14) to see the movie, and it was appropriate for both age groups. As for morals, Jordan was strong in her moral determination, from the start, even with her friend mocking her and showing otherwise. Yes, she had to stand her ground, but it wasn’t done immorally, at all.
My Ratings: Moral rating: Better than Average / Moviemaking quality: 4

Charlotte, age 60 (USA)
Negative
Negative—This movie was, overall, well scripted, and the acting was very good. The part of the movie played by the businessman in the Lincoln was unrealistic and not how a normal person would respond. The bad guy seemed to be made for his role; his tics and actions were incredible. The main female character (Halle Berry) made several choices that a trained professional would not have done, after finding out the location that the hostage was kept.

I also did not see the need for the young female character to be in a bra for the majority of the movie, and it was never explained why her top was torn off to begin with. I liked how the movie ended, ***SPOILER*** leaving you with the choice of the demise of the main character. ***END SPOILER***
My Ratings: Moral rating: Offensive / Moviemaking quality: 4

Mark, age 45 (USA)
Negative—Although this movie was well done and very believable, therein lies the problem. If you are a very sensitive person like myself, you will find this movie over-the-top disturbing. The fear of the girls who are kidnapped is palpable, as is the horror of a man who is graphically murdered. The acting was so amazing, that it felt real, and I could not stomach it. Although my husband was able to get through this movie, I could not.

After he finished watching it, he rewound the movie to the last scene so that I could have closure that justice was done. I personally don’t want to put these kinds of disturbing and violent movies in my mind for entertainment purposes. It’s not worth the ick factor that I felt after the credits rolled.
My Ratings: Moral rating: Extremely Offensive / Moviemaking quality: 4