From Up on Poppy Hill

for mild thematic elements and some incidental smoking images. 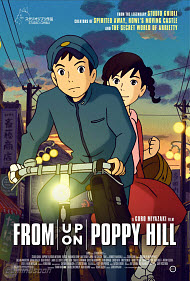 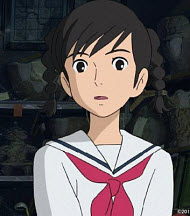 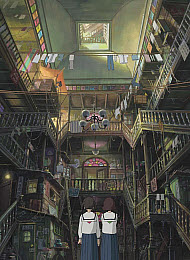 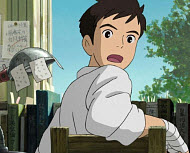 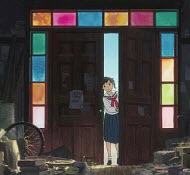 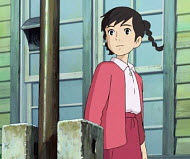 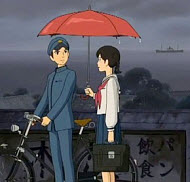 “From Up on Poppy Hill” is a sweeping coming-of-age love story and a slightly geeky, cultural tale all rolled up into one. I watched the dubbed Japanese version from the famed Studio Ghibli (“Spirited Away,” “Ponyo,” “The Secret World of Arrietty”). It was written by Hayao Miyazaki (the Oscar-winning and highly respected artist) and Keiko Niwa and directed by Miyazaki’s son, Goyo Miyazaki. With a complex plotline that would quickly jump over the heads of small children, main characters Umi and Shun learn that the past is a key to help us find our futures.

Set against a 1963 backdrop as the city of Tokyo busily gets ready to host the upcoming 1964 Olympic Games, people seem ready to throw off the dusty past and embrace everything—and anything!—new and shiny. With this out-with-the-old attitude, the schoolmasters of Umi and Shun’s school want to quickly demolish the rickety old school building where the high school boys clubs meet after school and where they also dedicatedly publish an independent school newspaper.

Working together, the students paint, repair, and brighten up the building and convince the higher-ups that it is worth saving—consequently teaching the adults to not lose sight of their heritage and cast off their true identities in the blind quest for newness. The film brings up many questions such as: Is true progress uprooting the past, building on top of it until it is unrecognizable, or maybe just building alongside it? How much of our past must show through our present in order to stay true to our history?

There is light comic violence—such as Shun jumping from a high story into a pool, some smoking, alcohol use, and stabs at touchy adult subject matter, which younger kids may not be ready for. For instance, there is worry over possible adultery, incest, and unwanted pregnancy—all of which turn out to be untrue, but I won’t give away specific plot-twist details in case you choose to watch the film. The story also deals with death and grief, but in an optimistic rather than dark way. As far as spiritual issues, Umi has a family shrine, and there are some religious references, but this movie does not really attempt to touch on any aspects of modern Christianity, except perhaps with some symbolism that Christians might incidentally read in to the story.

“From Up on Poppy Hill” has the feel of a quiet, slightly sentimental art film rather than a cartoon, and it isn’t shy about heavy camera moves, sometimes lingering on a flower garden or rising ocean waves. It is seemingly so confident in its slowness that the viewer appreciates the stunning hand-drawn masterpieces it offers, which are so rare in today’s slick, computer animated film world. Poetic, lush, and at times, intense, I highly recommend this movie if you enjoy interesting color palates of quirky characters and silently peering into the windows of other cultures.