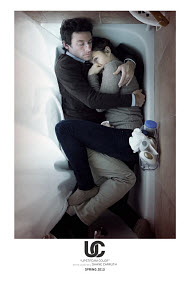 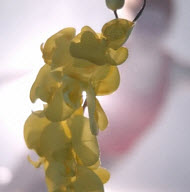 pigs in the Bible

Director/star/co-editor/score composer Shane Carruth is a follower of Jesus who has made two very different, complex films. His first, “Primer,” won awards at the Sundance Film Festival in 2004, and I highly recommend it. His latest film, “Upstream Color” proves that his skills as a storyteller have grown in some surprising ways.

With this film, Carruth seems to have been heavily influenced by Texas filmmaker Terrence Malick, as well as David Lynch. Those two filmmakers use plenty of symbolic imagery and sounds to evoke emotion and invite viewers into mysteries. Carruth has made his own attempt at this kind of film now, using some biblical imagery, though neither God nor the Bible are explicitly referenced.

Carruth has marketed his film as: “Two people are drawn together—caught up in the life cycle of an ageless organism.” We’re accustomed to viewing people who are featured in a movie as if they’re what we should focus on, but “Upstream Color” puts two leads into circumstances in which they are pawns in the hands of a thief, a recording artist(?), and a nameless life form that can bridge people’s minds together as it passes from plants, to worms, then humans, animals, and back again.

This film does not have an easily explained or digestible plot. Intuitively, after one viewing, I think it makes some sense, but my interpretation is just one out of hundreds. If you watch it, you might come up with something completely different, because Carruth isn’t spoon-feeding his message. You have to pay close attention, but there is some meaning to be found. “Upstream Color” depicts the scariest depiction of an identity theft I’ve ever seen. We watch a man (known in the credits as “Thief”) take control of a woman named Kristine (Amy Seimetz) using a taser and making sure she ingests a worm he has prepared that will grant him total mind control over her.

For several days, he invades her home, starving her, making her transcribe Henry David Thoreau’s Walden by hand, and calmly forcing her to turn all assets over to him. Once he has everything, he leaves. Kristine still has the worm inside of her, and her attempts to cut it out don’t work (the primary example of violence in the film).

She is lured toward some loud sounds in a rural farmyard where a man (called “The Sampler” in the credits) performs a rough transfusion that transfers Kristine’s worm into a pig. Though this act may echo Christ casting out demons into pigs, the Sampler never seemed like a Christ figure to me.

Kristine tries to resume normal life and clean up, but her job refuses to accept her excuse that she’s been sick for so long, firing her. She must begin again from a place of brokenness.

Meanwhile, the pig that received Kristine’s worm gets cared for by the Sampler, and, when he’s around her pig, the Sampler has an open window into Kristine’s life, too, collecting sounds and observing all that he can while remaining invisible to her. He has gained some kind of control.

Kristine meets Jeff (Shane Carruth) on a train, and he feels unexplainably drawn to her. Jeff is also represented by one of the Sampler’s pigs, so my assumption is that he was also destroyed by the Thief at some point, destroying his career. Jeff and Kristine seem to share each other’s childhood memories for some reason, finishing one another’s sentences.

As they begin to share a life together, their pigs in the barnyard come together as well. Sounds strange? Yes, it is, but sometimes the imagery and music mix together so brilliantly that you feel caught up in this couple’s mystery, despite the high jumps in logic you’re asked to make.

I still don’t know what to make of the last fifteen minutes without any dialog, but I don’t think I’ll ever forget it either. If you can stand to let yourself feel some confusion and want to see a film you can argue about with friends for hours, “Upstream Color” might be the film of the year. You could have some deep spiritual discussions, or you might decide it’s just about pigs and worms.

I’m betting that, like Carruth’s first film, “Primer, you’ll feel the need to see it again and catch a little more every time. This movie is playing in a few art houses around the country, and it will be available for download at home on May 7th. If you decide to take the risk, it’s worth seeing in a theater if you can. Sex is implied between the two main characters when they wake up next to each other and then live together, plus there are several rather uncomfortable situations depicted that could cause you to squirm in your seat.