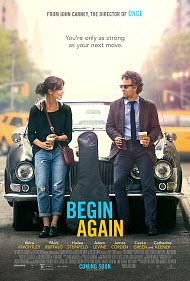 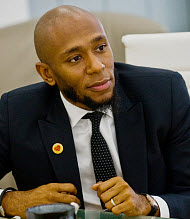 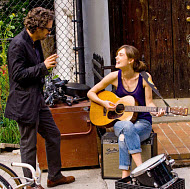 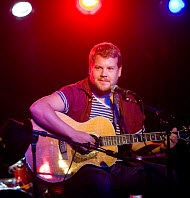 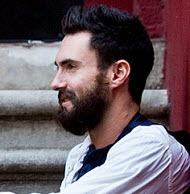 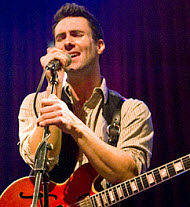 casual, continual use of vulgar language

A movie about two people who are connected through the power of music: one is a ex-record executive and one is the ex-girlfriend of a newly discovered rock-n-roll singer. Even though the characters are different, the above synopsis may sound somewhat familiar. John Carney, who wrote and directed the excellent musical film “Once” is back again with another musical tale. Instead of a Dublin setting, Carney decided to set the film in New York as record executive Dan (Mark Ruffalo) declares is “the greatest city in the world”. The film is actually a love letter to the city and about people trying to make it big—and sometimes succeeding.

Dan is a record executive who is living apart from his wife Miriam (Catherine Keener), and is trying to reconcile the relationship with his teenage daughter Violet (Hailee Steinfeld) on a daily basis, picking her up from school and trying to spend quality father time with her. However, this specific day is going worse for him as he gets fired from his record company that he built with his business partner Saul (Yaslin Bey, played by Mos Def). Broke and depressed, he goes to a bar where he hears Greta (Keira Knightley) as she performs during live mic night. Smitten by her voice, he slowly convinces her to create a demo album, but instead of doing it in a studio wants to record it live everywhere inorder to incorporate the sounds of the city.

Knightley and Ruffalo play off each other well, and it becomes a story about these two people trying to start their lives over, as she is coming off a bad breakup with her longtime rocker boyfriend Dave Kohl (Maroon 5 frontrunner Adam Levine).

The songs are catchy and wonderfully written, especially Knightley’s “breakup song/phone message” that is as generously amusing as well as emotional and heartfelt. The movie’s use of editing is also a plus factor, as it breaks away from the usual cliché mode of storytelling and creates something unique.

The film isn’t trying to be another “Once,” but the film comes out working to its own charm. The cast is superb, and even CeeLo’s cameo appearance works to its advantage and adds a hint of subtlety as he explains a little of Dan’s backstory to Greta. It is the use of dialog and the way Carney interweaves the music and the city into the story that really gives it the flair it needs to stand out on its own. It’s nice to see an independent movie that also acts as its own love letter to the town or city the film portrays, and it’s the quality of filmmaking that makes it stand out against the usual trend of blockbuster films the summer season has to offer.

Positive
Positive—A redemptive film in which folks make increasingly mature, self-respecting and respectful choices. The lead female character is graceful, modest, loyal and principled. From a Christian perspective she is in a monogamous living together relationship with her college sweetheart but fidelity and self-respect are part of her nature and actions. There is no overt relationship with God, but one senses these folks may all find Him. I don’t recall any nudity or sexual scenes in our version today and only a couple of “bad words” under pressure.

The messages about honesty, faithfulness to self and others, and friendship are powerful and the music is a delight as well as the quiet choices to control feelings which honor family. Also, helps young girl learn to value herself and be herself rather than degrading or cheapening herself for popularity or a guy.

Clear message about the pain of betrayal, adultery and divorce harming both child and adults. Clear assessment of temptations in the music industry. Also, that alternative use substances are adolescent escape mechanisms from pain to be given up when reality is handled more maturely.

Uplifting and redemptive secular movie with a heart and more wisdom than often found in Hollywood films.
My Ratings: Moral rating: Better than Average / Moviemaking quality: 4½

Nicole, age 65 (USA)
Negative
Negative—I loved how the film was filmed in New York, and that’s one of the reasons I watched it. I also watched it because, at my Christian Camp I am going to tomorrow, there are people from New York City. I felt this film was over the edge with vulgarness, with drinking, to language, sex, etc. The film is about people trying to land record labels, and there is victory. I want to, the into the parts about God. There was a man ministering in the subway, a cross hanging from a person and a car, as well as St. John The Divine Cathedral mentioned. There is great forgiveness in the film, too, etc.

However, it seems like a lot of the characters in the film are atheist-like, and that got me concerned. It seems like they realize God is there when there is victory though. Due to Atheist themes and other vulgar content, I don’t know if I recommend the film, but a lot of the victory in the film are positive, besides anything vulgar or ungodly pushing into those victories.

I do recommend looking for all of the Godly scenes, especially where the man is ministering in the subway. Do be mature when watching the Godly scenes, there is vulgarness in the areas of some or all or a little of them, which obviously isn’t Godly. All in all the film was great and delightfully feel good, especially the great Times Square Frank Sinatra scene, which should be a famous movie scene if you ask me, and the other Frank Sinatra stuff in there, (I think there was one more song by him) God Bless, Jesus Is The Answer, and John 3:16!!
My Ratings: Moral rating: Offensive / Moviemaking quality: 5

Stephen Jacewicz, age 20 (USA)
Comments from young people
Positive— Gretta meets Dan’s daughter Violet and has an instant connection with her; she tells Violet that she shouldn’t “dress so easy” if she wants to attract the cute guy at school, and suggests that they go shopping for more modest, classy clothing. Violet, being that she doesn’t live with her father, has a surface relationship with him—Gretta quickly sees this and asks Violet if she wants to play in the up-coming track they will be recording that week. Dan agrees and this starts him and his daughter off on the right foot to a closer father-daughter relationship.

In the end of the movie, Gretta is pouring drinks at her and her best friends” apartment and offers a glass to Dan, which he rejects and decides to use his Pepsi to toast with, instead. I was pleasantly surprised by how little sensual content was expressed in this movie! Other than a crude joke or two, and Dan in his underwear, there was only one kissing scene, and it passed so quickly it was almost as if it never happened.

The storyline of this movie and the healing that happens through their music was really inspiring and heart-warming.

I would definitely suggest this film to any young adult (and older) that wants a good Friday night or date night movie to watch on the couch. The drama and humor was perfectly balanced for a film, to keep you drawn in and still entertained till the end.

There are a good amount of F-bombs in this movie, but nothing compared to “American Sniper.” Most of the time, I was so caught up in what was going on, they flew over my head without a second thought. S*** and G**-d*** are heard a few times, as well.

Gretta (played by Kiera Knightley) runs into a close friend while in New York with her recording boyfriend (Adam Levine), and she goes back to his place for a drink and some catching up. Her friend goes on to show her an album cover that shows a man sitting with his hands around the neck of a guitar, posing. He makes a crude joke about what the artist is “really” saying: “This looks like a guitar, but I’m actually holding my penis.” Gretta laughs and the scene continues on.
My Ratings: Moral rating: Offensive / Moviemaking quality: 4