for violence including graphic images, and for language. 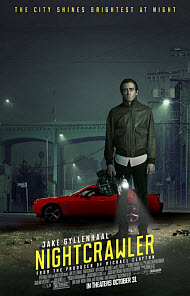 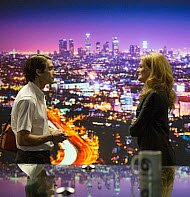 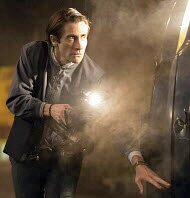 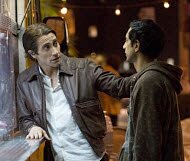 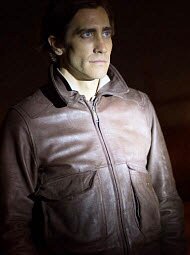 sociopath: a person with a personality disorder manifesting itself in extreme antisocial attitudes and behavior and a lack of conscience

spiritually rotting away from the inside 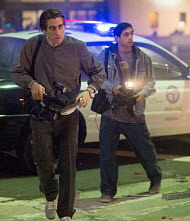 covering up the truth for personal gain

In “Nightcrawler,” Jake Gyllenhaal plays Louis Bloom, a self-made, free-lance photo-journalist who films crime scenes and sells the footage to a local television news station. The images he shoots are disturbing—so is the film—so much so that the TV news anchors preface the airing of those images with the warning: “viewer discretion is advised.” Such an introduction is as much a tease as it is a warning. Tabloid newscasts may preach discretion, but they rarely employ it themselves. Their philosophy can be summed up by one of the camera-toting characters in the film who blithely states: “If it bleeds, it leads.”

Gyllenhaal’s Lou Bloom is a high-functioning psychopath. He’s fiercely intelligent and a fast learner. He rises quickly from being a low-level thief who steals bicycles, wire fencing and even manhole covers to a successful gatherer and seller of gruesome video footage. He trades his stolen goods for a used camcorder and a police scanner, and he prowls the Los Angeles highways at night in search of car crashes, shootings and home invasions.

Gyllenhall plays Bloom as a peripatetic and constantly hungry predator, one who hides his inhumanity behind a winning smile and large sparkling eyes that never blink. Bloom does not look away when he speaks; he stares boldly forward in an effort to take everything—and everyone—in. That kind of openness would be risky for the average criminal who might want to conceal what lies on the other side of a stare. No such risk exists for Bloom. He cannot give much away because, behind those large dark eyes, there is nothing.

“I spend almost all day on the computer,” Bloom tells his news director. He implies that everything he knows he picked up from browsing the Internet. We have recently been treated to a number of film fantasies about how artificial intelligence may develop and what it may look like. Well, Lou Bloom is exactly what it would look like, in flesh and blood form. That kind of knowledge is anything but warm and fuzzy; it is all data, and no heart.

Bloom shuns the sunlight, preferring to stay indoors most of the day, and takes to the city’s freeways and hillsides at night. The filmmakers turn LA look into a magical nocturnal city: the downtown lights shimmer; the valleys and canyons glow; even the palm trees sparkle. The evenings are always balmy. It never rains. The artificial glow, the soothing breeze and the dream-like landscapes make the city an inviting place whose allure rests as much on its dangers as on its promises. Each night, Lou ventures forth to find both.

Bloom’s disposition is always sunny on the surface. He is able to successfully manipulate those around him, especially Rick (Riz Ahmed), an insecure young assistant he hires to drive and assist with the camerawork, and Nina (Rene Russo), the news director whom Lou goads into doing almost anything in exchange for her getting the exclusives on his video footage. Nina, herself, is a tough bargainer who lives from one ratings war to another, always with one eye on Nielsen and another on her shaky professional future. Her idea of the perfect newscast lead-in is “a screaming woman running down the street with her throat cut.”

Bloom knows Nina’s vulnerabilities. How did he learn those? By researching her history on the Internet, of course. He uses what he discovers to tempt and to trap her. She professes to have boundaries, but, one by one, those lines get crossed, especially when Bloom dangles a videotape in front of her, and says: “I have something.”

“Nightcrawler” works well as a study of abnormal psychology, and Gyllenhaal’s performance is perfect in its smooth mix of charm and creepiness. When it tries to be a thriller or an action adventure (the director, Tony Gilroy, wrote and directed “The Bourne Legacy”), it often misses the mark, although there are some good chase scenes and a suspenseful climax. Too many of the action sequences fail the plausibility test for the story to be gripping. Is it possible, even with a police scanner, for someone to reach a crime scene long before the police get there? In one scene, Bloom drags a dead car-crash victim between two cars and in front of the LA skyline in order to get a well-framed video of the body. Wouldn’t that leave a blood trail that would raise suspicion?

The film’s climax comes when Bloom photographs a home invasion but holds back some of the footage so that he can later stage an even bigger confrontation with crime figures, police and innocent bystanders. The police finally get suspicious, but those suspicions go nowhere. Bloom slips by authorities too easily and too often; there is no counterforce that could prove a real challenge to him, and that could return some much needed spark to a tale that quickly turns repetitive and even burlesque.

In Chapter 8 of his gospel, Luke tells the parable of the sower who lets seed fall on good soil, rocky ground, and amongst thorns. “Nightcrawler” gives us a view of a city and a world that is full of those thorns: the anxieties, the riches and the pleasures of life. Bloom, on the surface, is a rose. He knows how to hide his thorns. However, his charm and the world’s charms are always looking for new fruit to choke or to devour. Without the perseverance to withstand such temptations, one is vulnerable to the Blooms of this world and to their thorns. To bear good fruit, “whoever has ears to hear, ought to hear.”

Neutral
Neutral—If you want to see the inside character of the big news networks, “Nightcrawler” tries to display just that. Spoiler… It’s ugly.
My Ratings: Moral rating: Offensive / Moviemaking quality: 4

Ann Hornaday, The Washington Post
…Jake Gyllenhaal climbs the walls as a nocturnal L.A. newshound. Some audiences may feel similarly inclined. …doesn’t have much to say beyond the familiar… A flashy but hollow first directing gig for veteran screenwriter Dan Gilroy…

Scott Foundas, Variety
…Jake Gyllenhaal is mad as hell, and nobody else can take it anymore, in this loopy neo-noir sendup of the TV news… using Los Angeles as the backdrop for a world whose values have gone completely out of whack. …

Jordan Mintzer, The Hollywood Reporter
…In its wickedly twisted way, “Nightcrawler” keeps Network’s battle cry alive. It's a 21st-century takedown of the media's pandering “if it bleeds, it leads” ethos and the ghoulish nightcrawlers who live by it. [B+]

Chris Nashawaty, Entertainment Weekly
…a very dark satirical thriller… superbly directed and acted and is somewhat of a morality tale, but there’s frequent foul language, some very strong and brief gruesome violence, and not enough light to counteract its dark vision of tabloid television news. …

Ted Baehr, Movieguide
…When you narratively embrace the very same content that you want to condemn, what’s the final result in the minds of your audience?… [1½/5]

Paul Asay, Plugged In
…a film loaded with obscenity… Though extremely well-made, it creeped me out. …