for intense sequences of action and violence, some language, sensuality and drug references. 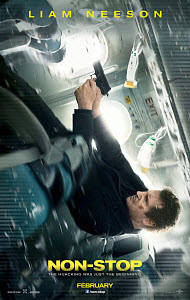 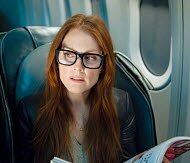 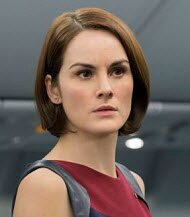 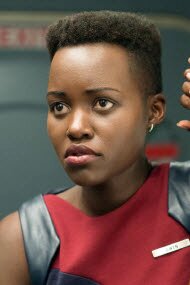 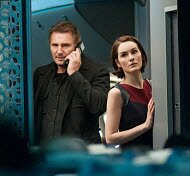 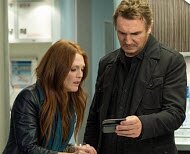 death of a child

Tagline: The hijacking was just the beginning.

Liam Neeson is back punching bad guys and shooting weapons in his newest film, “Non-Stop”. He portrays Bill Marks, a US Air Marshall on his way to London. He begins receiving anonymous text messages threatening to kill somebody aboard the plane every 20 minutes until $150,000,000 is transferred to a wireless account. In the process of discovering the texter, all fingers begin to point to him as a terrorist, and, soon, everyone is against him.

“Non-Stop” lives up to its name. Once the “action” starts, it doesn’t stop until the very end. Perhaps the word “action” is the wrong term; there aren’t a great many action scenes. Yes, Liam kicks butt in a few scenes, but they are limited. The film instead focuses on the mystery who the texter is. Once Marks starts receiving the text messages the tension is thick. The scene is quiet, with sound limited to background music and keypad pressing. After that, the game begins—trying to discover the villain. Everyone becomes a suspect, both in the eyes of Neeson’s character and in the eyes of the audience.

The question arises, how do you kill someone on a plane filled with people, crowded in fact. It seems that Hollywood is starting to return to simple premises for films. Let’s be honest, an entire film concerning one setting could really be boring. Some films can pull it off, and this is one of them. Its humor is well based; the scenes make you laugh and always feel in place.

Liam steals the show. Sure he is the main character, but at times minor characters can easily become the most fun to watch. There are other characters that just seem unimportant. For example, Julianne Moore stars as Jen Summers who is almost forgettable.

Other characters appear on screen and are immediately suspect. But hey, that’s their purpose. It is a fun quest for the audience to take part in, trying to discover the bad guy and see how accurate they are. I changed my mind several times, and, to my frustration, I was right in the beginning. The film does a tremendous job of keeping the audience involved in discovering the villain and causing their mind several times, over and over again.

Neeson’s acting always appeals to me. He has a way of expressing the character’s mood and feeling with just his eyes. Some mock him as a bad actor, because he is monotone, but if you watch his body language and facial emotions those mockers are silenced. There is a scene where he is smoking in the restroom and just looks hurt. His eyes say pain and regret. In a later scene, which is quite emotional, after everyone has turned against him, he confesses how terrible a person and father he is. Flawed characters such as his are often the most remembered for their humanity.

Violence: The action scenes are violent and graphic. They include nose breaking, neck snapping, etc.

Profanity: There is a bit of vulgar language, including sh*t, bullsh*t, f*ck, *sshh*le, dick and wanker. Jesus’ name is used in vain several times, along with God d*mn.

Sexuality: There is a scene of a couple making out—caressing each other. There is also a scene where a young male snaps pictures of a woman’s cleavage with his phone.

Drinking/Drug use: A character has a suitcase full of cocaine. Neeson’s character is also an alcoholic.

Bill Marks is strongly moved by his conviction to save everyone around him. Even when everyone turns against him; his concern is always the plane’s passengers. He never mentions saving himself. Likewise, we (Christians) are called to follow what God has called us to do, no matter what others say about us. Jesus said, “Remember what I told you: ‘A servant is not greater than his master.’ If they persecuted me, they will persecute you also. If they obeyed my teaching, they will obey yours also” —(John 15:20).

Though “Non-Stop” contains lots of tense suspense and makes audience hearts pump with it, it is easily forgotten. After watching the film there is no feeling of triumph or victory, just relief. It feels primarily made for adults. It may not be “Taken,” but it still delivers the thrills it promises. One thing is for sure, I’m not flying any time soon.

Positive
Positive—This is an excellent action film filled with suspense and no more violence than a John Wayne western; they even slip in a little comic relief. The script, acting, cinematography and special effects are first rate. Although small children wouldn’t be interested, the complete lack of profanity and sex make it good family fare.

There are themes of compassion, rage, teamwork, forgiveness and sacrifice, but mostly trust, and I am reminded of Job 12:11 “Just as my mouth can taste good food, so my mind tastes truth when I hear it.” As Christians, this movie could be used as an example of keeping faith when the World tells us not to.
My Ratings: Moral rating: Good / Moviemaking quality: 4

Brian Schacht, age 67 (Canada)
Positive—This is a good thriller. Not too scary, and with just enough mystery to the story to create a pleasant amount of suspense. I enjoyed this cinematic diversion which helped me forget the painful world events. Thrilling, but light, entertainment. And Liam Neeson was, well, Liam Neeson. He’s terrific in this.
My Ratings: Moral rating: Average / Moviemaking quality: 3½

Halyna Barannik, age 67 (USA)
Positive—I agree with all the comments above pretty much. As movies go, this was definitely fun, above average, and engrossing. I like Liam Neeson’s work, so that helps, too.

***SPOILER*** Of course, since this is an airline terror/hijack story, there HAS to be the requisite Muslim, present only to be briefly suspected at first, then become an overly sympathetic character. Never mind reality, this is PC Hollywood. So instead of a real-life motivation, e.g. Islamic jihad, we have some kind of half-baked former military ?‘conservative’? (it was hard to tell, really) nutjob. ***END SPOILER***

I think one has to go back to Scwarzenegger’s “True Lies” to find realistic terrorists in the movies.
My Ratings: Moral rating: Offensive / Moviemaking quality: 3½

Jeremy Klein, age 58 (USA)
Positive—This is one of the best edge of the seat thrillers of the decade. There is moderate violence, but if you liked “Taken” and a Liam Neeson fan, this movie will be an extra likable factor. Liam Neeson plays an air marshal, who couldn’t forgive himself as a father, who was traveling all the time when his nine year old daughter was dying of cancer. He is depressed and trying to bring his broken life together with his wife. At one point I thought the movie may be about Liam Neeson’s character Bill’s alter ego is hijacking the plane. Thankfully, he is not, he is a good guy in a very bad situation. The film, borders on an unbelievable scenario, but it will be explained in the end. And you will love the movie. Enjoy the movie, I am going to watch it again.
My Ratings: Moral rating: Better than Average / Moviemaking quality: 5

Cyril, age 32 (United Kingdom)
Positive—My husband and I enjoyed this one. Liam Neeson does do an awesome job in carrying the show. Lots of edge of your seat action. …
My Ratings: Moral rating: Average / Moviemaking quality: 4½

Susanne, age 53 (Canada)
Neutral
Neutral—This did have some good messages, but there is certainly killing and violence in it. Yes, this guy was the good guy and fighting off terrorists. Once it got going, it was interesting and had good action, and you did wonder what was going to happen. There is a lot of killing and some graphic pictures of dead people, certainly wouldn’t want a young person to see this. I am giving it a neutral because of the death and killing in it.
My Ratings: Moral rating: Average / Moviemaking quality: 4

Stephanie Smith, age 39 (USA)
Negative
Negative—This movie could have been good, and I did enjoy it for the most part, but by the end it came across as nothing more then a political statement. The movie goes out of its way to make sure you see the Muslim character is the caring, soft spoken nice guy. The villain is an American veteran of the Afghanistan war who goes on a rant that about the war. By that time in the movie I was thinking “Really? That’s what this movie is about?”

I disagree with the person who said that this movie has good messages in it. I have had family and friends who have served in that war, and they are the kind of people who give their lives to protect Americans, not turn into terrorists, like this movie and the liberal news media want you to think.

The message of this movie: Muslims good, Soldiers bad. There is a trend in Hollywood that shows the American Soldiers as the villains (White House Down, Captain Philips) I was disappointed that this movie chose to go in that direction. I miss the old days when American soldiers were the good guys, and were given the respect they deserve. Had they left out the political statements it would have been an alright movie.
My Ratings: Moral rating: Offensive / Moviemaking quality: 3