for some mature thematic elements. 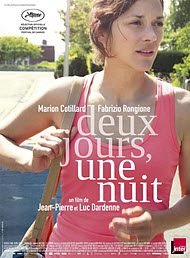 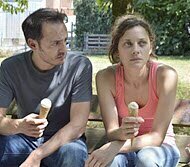 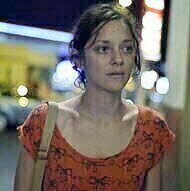 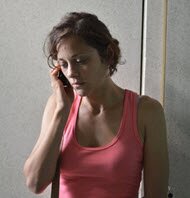 importance of each individual’s value and dignity

difficulties of living in a time of economic insecurity

Discover God’s promise for all people—told beautifully and clearly from the beginning. Discover The HOPE! Watch it on Christian Answers—full-length motion picture.
Money

CREDIT CARDS—Should a Christian have or use credit cards? Answer

In Luc and Jean-Pierre Dardenne’s Belgian film “Two Days, One Night,” Marion Cotillard plays Sandra, a wife and a mother of two children who works in a solar-panel factory. She has recently been on leave from her job, due to a depressive illness. Upon returning, she discovers that the job that she and her family depend upon may be eliminated. The factory’s earnings have been compromised due to competition from Asia, and her bosses must terminate one position, if the workers are to receive the €1000 bonus that the factory has promised them. That one position is Sandra’s. The decision could be reversed if the 16 other workers vote to keep Sandra on. If they vote in Sandra’s favor, her co-workers will lose their bonuses.

Sandra spends an entire weekend (the time frame of the movie) seeking out her fellow workers by phone and in person and trying to persuade them to vote in her favor. The task would be a difficult one for any woman, or man, to carry out, but it is especially hard for Sandra, whose lingering depression continues to simmer. When she is under stress, as she certainly is now, the illness rages, and sometimes overwhelms her.

I am a great admirer of the Dardenne brothers. I will never forget the abandoned boy in “The Kid With the Bike” or the father who sells his own son in “L’Enfant.” One of the things I most appreciate about their films is a sense that I am not watching actors perform, but am seeing real people do real things in real situations. I can see myself in the middle of those dilemmas. I can understand the conflicts in human terms, and, most of all, I can appreciate how hard it is to make a choice and how a price has to be paid for making that choice.

In their new film, there are no easy decisions. I feel for Sandra’s predicament, but I also recognize her coworkers’ concerns, as well as the factory’s need to make tough calls. Life choices are not plain and simple. “Two Days, One Night” is not “Norma Rae.” And as Oscar Wilde noted, “the truth is rarely plain, and it is never simple.”

In “Two Days, One Night,” the Dardennes have cast Marion Cotillard, an international movie star, as their heroine. That is a first for the brother filmmakers. In their other films, they used actors who were largely unknown, at least to audiences outside Europe. Casting the French actress was a wise move; she gives an extraordinary performance, and will hopefully draw a larger audience than the directors” previous films have.

Cotillard wears almost no make-up, letting the shadows under her eyes, the dryness of her lips, and even the brittleness of her hair reveal the depths to where her disease is dragging her. Each shallow breath, hard sallow, and clench of an already taught jaw lets us know the fear and doubt that she is unable to shake. She shifts from half-smiles to body-shaking sobs, as she tries desperately to hold onto a sense of self-worth and purpose that constantly alludes her grasp.

It may sound as though I am describing an overly emotive performance, one that is more show than revelation. It is not. For that kind of acting, I would refer you to turns by Olivia DeHavilland in “The Snake Pit” or by Jennifer Aniston in “Cake,” both of which deal with mental breakdowns, but tell you more about the actress than they do about the characters they play. Cotillard plays Sandra with economy and precision. Thanks in great part to Cotillard’s presence, Sandra is another unforgettable Dardenne character, a believable working class woman, as well as a mythic figure who answers an unsolicited call to heroism.

Over the course of two days, we watch Sandra’s moods go up and down, mostly down, sometimes to a near abyss, but we watch her rally at key moments, usually with the help of her ever-faithful husband, Manu (Fabrizio Rongione).

When she meets with her co-workers, she learns a lot about their lives, their families, and their communities. She also learns a lot about human nature, and so do we. She sees self-preservation and selfishness turn ugly, but she also sees forgiveness and self-sacrifice surface around unexpected corners. Greed would have been an obvious vice to exploit here, but the Dardennes avoid that easy path. No one is portrayed as avaricious, not even the factory bosses. These are people who are used to giving up things and are being asked to do so once again. All are in a predicament, and no one relishes creating misfortune for anyone else.

The story has all the elements of a fable, or even a parable. Ultimately, the film’s strongest message is the importance of each individual’s value and dignity. Sandra’s best medicine is not the Xanax she pops continuously throughout her ordeal but her realization that she does matter in the world, not only to herself, but to everyone around her. In that regard, she is not unlike George Bailey in “It’s A Wonderful Life;” however, in “Two Days, One Night” we see redemption occur without magic and without a rousing finale.

Dardenne endings are never a panacea, but they are insightful, curative and hopeful. The ending may not be a traditionally happy one, but it is a joyful one.