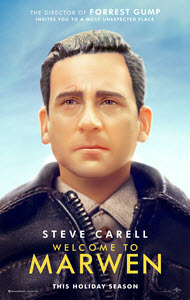 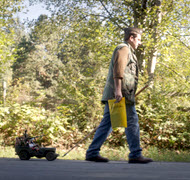 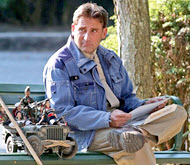 Cross-dressing man, who apparently is not Gay, but lustful towards women

SEXUAL LUST—Why does God warn us about it? Answer

Use of psychiatric drugs—potential positives and negatives

Living in a fantasy life, including sexual fantasies 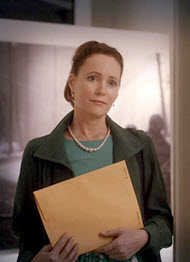 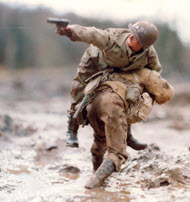 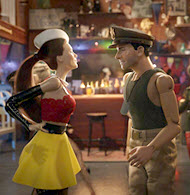 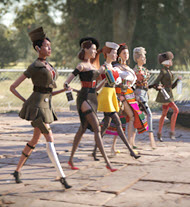 A few years ago, carpenter and ex-navy man Mark Hogancamp (Steve Carell) was beaten to within an inch of his life and left to die by five men. After his coma, he could no longer remember anything from his life before the incident. Today, he is a shattered reflection of his former self, and, in order to cope with life, he works on a ⅙-scale Belgian town from World War II and populates it with dolls, his ‘women of Marwen’ with himself as the brave Captain “Hoagie.” Together, he imagines them fighting off the five Nazi’s that hound him.

The dolls are all stand-ins for real women in his life, including his hobby shop friend Roberta (Merritt Wever). The Nazi’s naturally represent the men who almost killed him and, as the film begins, are about to be sentenced for their crimes—a court date Mark must attend in order to testify against his assailants. However, Mark is terrified at the prospect of seeing them.

Meanwhile, Mark’s close-up photography of the dolls in incredibly life-like WWII situations is about to get a gallery showing. Can this be the thing to bring the shy, reclusive, phobic artist out of his shell and back into humanity?

“Welcome to Marwen” is based on a true story, and one can hardly help but feel for the hero as ably played by Steve Carell, but sentimentality, angst and animated battles can only take a film so far. Partially billed as a biopic, the film is mostly a glimpse into the weeks preceding his court date and his gallery showing, and the film’s success or failure rests entirely on how much you come to care about the world Mark “lives” in.

Violence: Heavy. There are flashbacks showing Mark being beaten that rainy night when all five men were kicking and punching him, leaving his head a bloody mess. The majority of the film’s violence is animated and contained within his imagination, but what the audience sees does border on “R” rated.

We first see Captain Hoagie flying his burning plane over enemy lines before crashing. The Nazi dolls are repeatedly beating Captain Hoagie—with the lady dolls often coming to his rescue by shooting, stabbing or kicking the Nazi’s in the groin. Animated blood is shown in many exchanges and often various dolls will appear near “death.” Captain Hoagie is shown trussed up and his bloody back indicates the method of his torture. The Nazi’s are about to rape one of the women, but she escapes topless and is seen later covering her doll breasts with her hands. Knives, machine guns and even molotov cocktails are used to kill or burn the Nazis alive. Limbs are dislocated, detached, a shoe’s heel is put through a Nazi’s eye socket, and one character is seen impaled on a fence. The animated violence alone is excessive and inappropriate for kids.

Sex/Nudity: Moderate. Before the assault, Mark was an accomplished sketch artist, and he shows many of his semi-nude pictures to Nicol (Leslie Mann), before she grows uncomfortable and looks away. Mark is also watching the beginning of some pornography on TV, which shows a woman dressed as a French maid displaying much of her cleavage and backside, but the scene is interrupted before any sex takes place.

Within Mark’s fantasy realm, the ladies in ‘Marwen’ are always in skimpy attire or lingerie, if not partially undressed. Brief topless nudity is shown for comedic effect. Nicol’s doll avatar seduces Captain Hoagie in bed, but before they kiss or go any further, reality snaps back in as Mark is seen positioning them for a photograph.

Cultural or politically correct messaging is presented throughout the film, cluing the audience that it may be the whole point of the film. Cross-dressing is seen as natural and a part of Mark’s past, as an old picture shows him as a toddler wearing his mother’s shoes. He owns 287 pairs of women shoes, and he was originally beaten up when he spoke about his preference. Justice for ‘hate crimes’ is promoted without acknowledging how this belittles any other crimes not likewise ‘protected.’ The only men in Mark’s world are evil (Nazis) and himself. He idolizes women when he says, “women are the saviors of the world.” Lastly, when he is asked why he focuses on World War II, he answers, “Well at least we were the good guys in that one”—reminding us what Hollywood really thinks of America and its military.

Mark Hogancamp’s story, like any of ours, will be filled with lessons, some learned and some not, but is definitely an opportunity to see what God has to say about cross-dressing, guilt and forgiveness.

Cross-dressing—This is presented as natural for Mark, and Nicole even mentions that her brother collects stilettos and lingerie, so she “gets it.” Mark never asks the question as to ‘why’ he has this fixation, nor whether or not it is even good. Our Father in Heaven gave us a clear guide book, the Bible, for all matters including this, and our lives cannot be good without it.

“Know ye not that the unrighteous shall not inherit the kingdom of God? Be not deceived: neither fornicators, nor idolaters, nor adulterers, nor effeminate, nor abusers of themselves with mankind…” —1 Corinthians 6:9

Guilt—The Deja Thoris doll (voiced by Diane Kruger) tells Mark that he is ‘unloved’ and ‘guilty’ and only she can grant him ‘freedom from shame.’

In reality, the only one that can do that for any of us is our Lord Jesus!

“If we confess our sins, he forgives them and cleanses us from everything we’ve done wrong.” —1 John 1:9

“He himself bore our sins” in his body on the cross, so that we might die to sins and live for righteousness; “by his wounds you have been healed.” —1 Peter 2:24

Forgiveness—We never learn whether or not the men that beat Mark repented, but we do get to hear Mark speak about how he survives and will go on. How much better would it have been if Mark could have let go of the past and forgiven them? God’s Holy Scripture calls all of us to to that very thing, and it comes with an eternal reward.

Director Robert Zemeckis focused ad nauseam on getting key politically correct points across to the great detriment of his film. His least cohesive film ever, it depends entirely on one’s sympathy with a character that is never fleshed out above two dimensions. Steve Carell does his level best with a role whose growth by the end of the film feels forced and not credible.

“Welcome to Marwen” will be lauded for its addressing of these cultural issues and will resonate with those who believe it speaks to them. Unfortunately, that does not make a good film, and I cannot recommend it on any level.

As for how do we speak to others on any spiritual struggles? Remember first that we are all sinners and heed the advice of our Lord’s own brother while here on Earth, when He said,

“Do not speak evil against one another, brothers. The one who speaks against a brother or judges his brother, speaks evil against the law and judges the law. But if you judge the law, you are not a doer of the law but a judge.” —James 4:11

Negative
Negative—I watched most of it. The violence and weirdness was bit much. I left during the courtroom scene. The guy has vivid flashbacks. He wants to wear women’s shoes. He also plays with dolls. He undressed the one blond doll. Strung up another doll to be beaten. The déja thoris doll is a witch and practices magic. He takes lots of RX pills.

Skip this movie if with children under 13. They might try to abuse, torture or blow up their dolls.
My Ratings: Moral rating: Very Offensive / Moviemaking quality: 3½