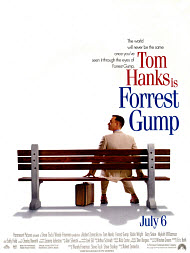 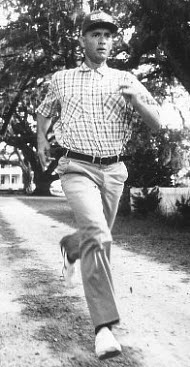 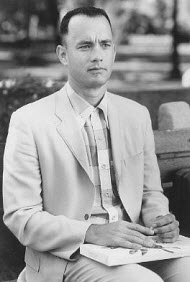 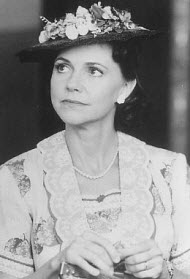 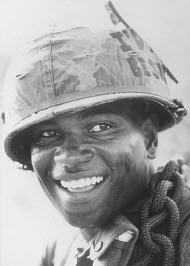 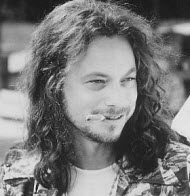 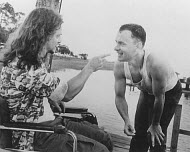 “Life is like a box of chocolates… you never know what you’re gonna get.”

Using the “foolish things of the world to confound the wise” and having a “child-like” faith are two of the many Biblical themes woven into this remarkable, Oscar-winning story of a simple, unassuming man who somehow finds himself at the center of just about every major historical event from the 1950s to the early ’80s.

Played by Tom Hanks, Forrest Gump is a man of limited IQ but seemingly unlimited love and devotion, especially for his lifelong sweetheart, Jenny (Robin Wright). Gump’s innocence and humility are constantly contrasted with Jenny’s destructive search for love and fulfillment in all the wrong places. Special effects used to re-create various period scenes are outstanding, but serve to simply enhance rather than overwhelm the central story of an unusually moral man in the midst of an often immoral, chaotic and hypocritical society.

Though not clearly defined, mention is made of “receiving Jesus,” with Gump expressing confidence that he was indeed going to heaven in response to his embittered Vietnam commander’s railings against the Almighty. Other positive images include Gump’s color-blind involvement with an otherwise all-black church (as well as his black best friend from the Army), showing obedience and honor to his loving “mama” (Sally Field) and other authority figures, sacrificial giving, and completion of any task “heartily as unto the Lord” (from non-stop running for his life and then to save others to becoming a world champion in ping pong).

Unfortunately, the graphic portrayal of the fallen world around Gump makes this film off limits for children’s tender hearts. While not glorified, sin is strongly depicted in the form of profanities (especially taking the Lord’s name in vain), premarital sex (partial nudity), violence (namely, the effects of war) and illicit drug use. Although Gump steadfastly resists the temptations of other women and various worldly vices, his intimacy with Jenny prior to marriage is regretfully condoned.

For mature Christians, “Forrest Gump” can serve as a challenging reminder of the blessings and opportunities that flow from simply wanting to do the right thing without seeking gain or personal glory.

I LOVED this movie. It had some “bad” parts, but it was unusually clean for a PG-13 movie. I loved the story line, and it deals with a lot of issues. Gumps quotes that he makes (ex. Life is like a box of Chocolates) are amazingly true. I loved it!!!
Charity Temple, age 16
I found the movie to be quite interesting but was quite disturbed by the fact that the movie implied that Lt Dan cursed God and the next instant was rewarded with repaired self-esteem, increased cash revenues, and eventually a wife who loved him. It did imply that he cursed God and won which I completely disagreed with.
Winifrid Whaley, age 21
In my opinion, “Forrest Gump” is one of those good heart-warming movies that you watch just because it makes you feel good. I own the video and watch it sometimes just because. It is an entertaining and fun perspective on American history that doesn’t tire out.
Layne Mattox, age 18
Yuck! I am against the crowd on this one—I don’t think “Forrest Gump” is realistic, moral, or even very well-crafted! Moral choices are those that result from a consideration of temptation and a rejection of non-virtuous ways. Forrest is just too dumb to recognize “bad” options. Real people who have mental disabilities struggle with temptation and morality just like everyone else. The one time Forrest notices temptation, he gives in to it and has sex with his troubled friend. My hero. I would like to see a REAL film about morality, where a person (of any mental capacity) struggles with the temptations and inspirations of daily life in a thoughtful and human manner.
Eileen, age 27
Negative—…First is the issue of Forrest Gump’s mother who prostitutes her flesh, made in the image and likeness of God Himself, by having sexual relations with the married principal of the school (he had a wedding ring on in the scene in his office) in order to get her son enrolled. Jesus warns clearly in Matthew 10:37 that whoever loves their child more than Him is not worthy of Him. Here a woman defiles her flesh with a married man (7th commandment), thus sinning against God by being an adulteress, and all out of love for her son.

Then there is the horrible, profane speech in the movie.

Let me say this also: I watched this movie before I became a Christian. I can not watch it now, just as David says in Psalm 101:3 "I will set no wicked thing before mine eyes". Lt. Dan’s blasphemy against God is portrayed as “coming to terms” with Him, yet Isaiah 45:9 pronounces "woe unto him who strives with his Maker…". The movie portrays such striving as having a “good” outcome. Also there is the sexual relationship Forrest has with his childhood love. Scripture condemns such as wicked, and yet it is entirely sanctioned in the movie and portrayed as “good” (Isaiah 5:20).

While obviously I do not pretend to be sinless, King David (also a sinner) vowed not to have anything wicked before his eyes. We are called to have no fellowship with the unfruitful works of darkness, but rather expose them (Ephesians 5:11), yet people say that this movie gives them a “good feeling” in their hearts. One must wonder how a “Christian” can have warm feelings while watching wickedness… tolerating wickedness for a "good feeling"? Psalm 1:1-2 says the blessed one is the one who does not fellowship with the wicked, but delights in the law of the Lord, and meditates on that law day and night.

Profane speech (Ephesians 4:29) is wicked, sexual sin is wicked, committing sexual sin in order to secure Earthly benefits (enrollment in school) for one’s child, blasphemy, and striving with one’s maker are all wicked in God’s eyes. Proverbs 8:13 says that the fear of the lord is to hate evil (and the perverse mouth). A child of the most High God has absolutely no business watching this, and for those who profess to love God yet are comfortable viewing this worldly enmity (James 4:4), how would your spouse feel if you cheated on him/her but claimed to love him/her? To be unfaithful to God and view corruption is quite similar, considering we are called to holiness (Hebrews 12:14) …many will claim that the nice parts outweigh the wicked parts. The Bible says nothing like that. This movie is terrible.
My Ratings: Moral rating: Offensive / Moviemaking quality: 4