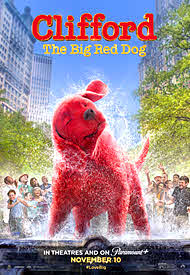 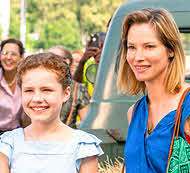 Taking care of others

Work and responsibility involved in having a pet dog

Bullies — how to deal with them

Lying and deceiving is bad 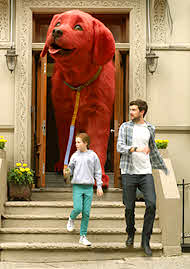 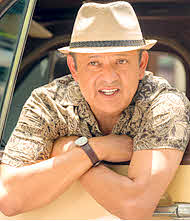 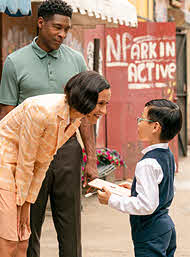 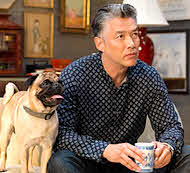 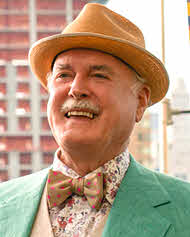 It’s been said that a dog is a man’s best friend.

In the case of “Clifford the Big Red Dog, ” an oversized red pup is a girl’s best friend.

Based on the classic children’s book series by Norman Bridwell that is similar to the animated PBS TV show, the live action/CGI hybrid film tells the story of how a young girl’s love for a tiny puppy named Clifford makes the dog grow to an enormous size.

The plot features Harlem middle-schooler Emily Elizabeth (Darby Camp) struggling to fit in at home with her single, paralegal mom Maggie (Sienna Guillory) and at a private school, where she is bullied and called “food stamps” among other things.

“How big is he going to get?” Emily asks him.

”On what?” Emily then asks.

”On how much you love him,” Mr. Bridwell coyly replies.

Sure enough Clifford somehow becomes a 10-foot-tall canine overnight in her New York City apartment with no explanation given for the transformation other than the love edict. This attracts the attention of genetics company CEO Tieran (Tony Hale), who wishes to supersize animals, Emily and her clueless Uncle Casey (Jack Whitehall) have to fight the forces of greed as they go on the run across Big Apple to maintain Clifford’s freedom.

Along the way, Clifford touches the lives of everyone around him and teaches Emily and Casey the true meaning of acceptance and unconditional love. The movie espouses to respect each other, no matter how different people are.

Of course, Clifford is cute and adorable, as the movie is for the most part wholesome, entertaining and kid-friendly. I took three boys, all under 10, and they enjoyed the movie—laughing and smiling throughout.

Adults, though, might see through the cheesy plot, cheesy effects and cheesy CGI, especially when some characters ride Clifford—who sometimes appears unrealistic and unbelievable. Still, Clifford comes across as sweet, wide-eyed and has no idea why he is seen as abnormal due to his gargantuan size.

Not on the level of the “Paddington” movies in terms of charm, creativity, depth and character development, “Clifford the Big Red Dog” is more on par with the “Beethoven,” and “Alvin and the Chipmunk” movies. The movie was produced by Paramount Animation, which also released “Sonic the Hedgehog” in 2020.

Although based on the beloved Scholastic character, the movie changes some things from the book series. First, Emily Elizabeth doesn’t have short hair, and she has ginger hair instead of blond. Emily and her mom live in an apartment, but in the series they lived in a house. Clifford did not live in New York, but on an island, which was inspired by Massachusetts.

Also on the TV show and “Clifford’s Really Big Movie” (2004), Clifford did talk, although only to his fellow dogs. Clifford never spoke in the original books.

However, this adaptation is a cute kid’s movie that has lighthearted and silly moments. The bottom line is the movie tries hard to live up to its tagline: “Adventure has never been bigger.”

Rated PG for impolite humor, thematic elements and mild action, “Clifford the Big Red Dog” features some bathroom humor. As expected, Clifford’s huge size becomes the source of quips and gags about his enormous toots, pee, poop and “Rhymes with nut-hole.” A character says, “I still can't get my butt cheeks unclenched” and “You can kiss my…” (unfinished). One character uses the English profanity “bloody.” There is also the word “bullocks.”

Some characters, including a person inside the bubble ball, get thrown around by Clifford, but it’s played for laughs. There is a brief brawl, a Taser is used, a group of mad and protective neighbors, and the villain is mean and lies about wanting Clifford for himself.

Comments from young people
Positive—“Clifford the Big Red Dog” was surprisingly enjoyable for me. When I first saw the trailer, I had my doubts. It looked like this film was going to be another book-to-screen cash grab full of toilet humor. Even Clifford himself didn’t look right. So I went into the cinema with low expectations, but left pleasantly surprised.

The CGI Clifford definitely improved in the final film, and it really looked like a ten foot Dog was bounding through the scenery.

I was also relieved that the film had an overall low amount of toilet humor. There were maybe three or four impolite jokes, but that was all. In fact, this movie was really funny! The adults in the theatre were laughing just as much as the kids. I laughed until I about cried during the grocery store fight scene.

The performances were all pretty strong and while the plot was confusing at times, it was still enjoyable. There was even a scene that made me tear up a little and I heard other people sniffling in the theatre as well.

As for problematic content, I have to say this is one of the cleanest family films I’ve seen in a while. There were about three misuses of God’s name and one charecter literally said OMG once. A character starts to say “kiss my a**,” but they are cut off in time.

Clifford is threatened by scientists but never really harmed and at one point, a man falls from a building but Clifford catches him and sets him on the ground unharmed. Because of his large size, Clifford unintentionally causes damage, much of which is played for laughs. He sits on a scale and breaks it, he wags his tail while indoors and knocks over furniture, he smashes through a glass window, he plays with an inflatable ball in the park with a man inside until the ball pops (the man is alright), etc. Sheep run around and knock people over, again, played for laughs.

More serious is the threat of people with tazer sticks or scientists possibly dissecting Clifford.

There were also some nice lessons in the film about accepting those who are different, standing up for others, and the value of friendship. Even though Clifford is big, he’s gentle and does not ever intentionally hurt anyone. He and Emily have a sweetly loving relationship and Emily’s uncle and neighbors all do what they can to protect Emily and Clifford. It was also uplifting to hear the Biblical references in the film such as Emily mentioning a Biblical name or another character sweetly mentioning a friend who is in heaven now.

“Clifford the Big Red Dog” is a good example of what a family film should be. It has heart, humor, and good morals. This may be the most family-friendly film released this year.
My Ratings: Moral rating: Good / Moviemaking quality: 4
Mia, age 19 (USA)
Negative
Negative—I was shocked to see that there were many uses of God’s name in vain, as well as euphemisms for God’s name in vain, throughout the entire movie. I am guessing at least around 15 times. Too many times secular media uses God’s name in vain as an expression or something not serious, but as Christians it should be very offensive. What this movie doesn&rsquott fill up with “more-offensive” swear words, it fills in with God’s name in vain swear words.

As a parent, I will not let my kids watch this movie, even though they liked the previews. The movie appears kid-friendly until you watch it, and realize there are too many uses of God’s name in vain and too many gross jokes that ruin the movie. In one scene, the babysitter, a man, pulls open his pants, and thinks about putting hand sanitizer in his private area before going in for a job interview. This movie stretches the boundaries for a PG movie.

I do not recommend this movie. The graphics were decent, but the movie was gross and had too many swear words, mostly God’s name in vain.
My Ratings: Moral rating: Offensive / Moviemaking quality: 3
Matt