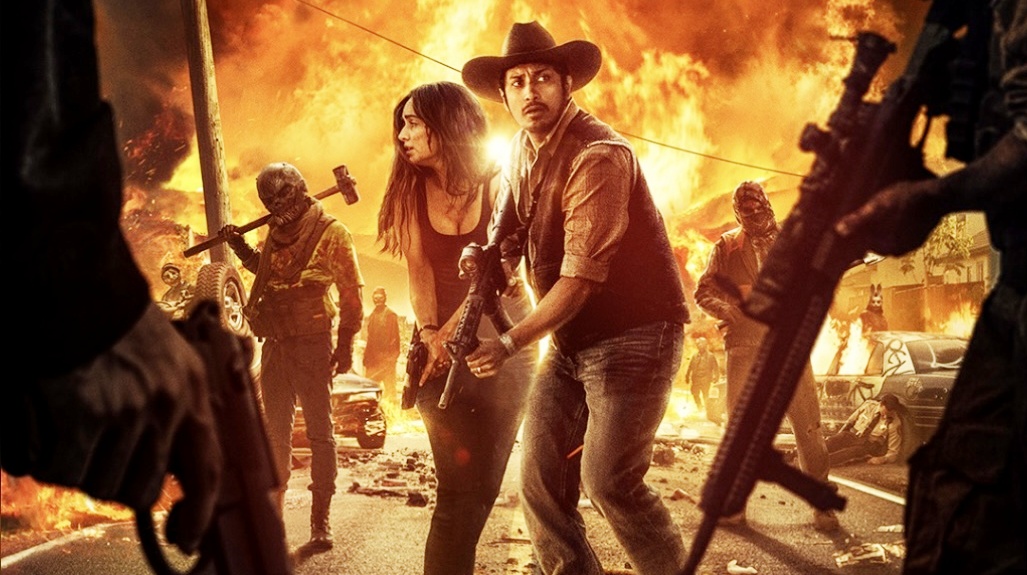 for strong/bloody violence, and language throughout. 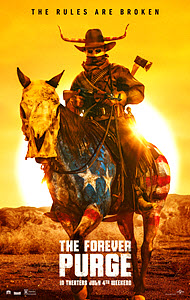 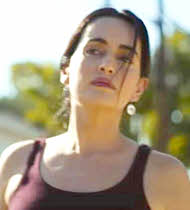 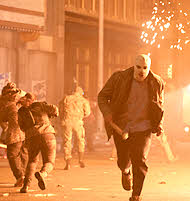 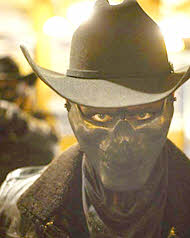 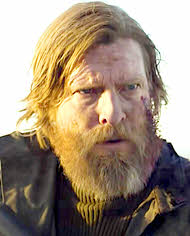 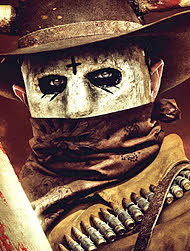 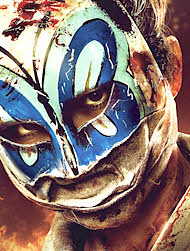 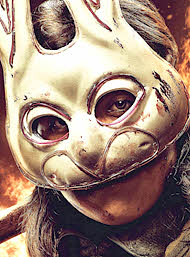 “The rules are broken”

The Purge. It was gone for quite a while, but now it’s back, and it’s in full force. Why it has returned, no one is quite sure. What everyone is sure of, though, is that it is a night of pure, unadulterated chaos, terror and mayhem and that those who are not participating in The Purge will surely become victims of The Purge. But I’m getting ahead of myself.

For those unfamiliar with the series, it is set in the future in a world where the United States of America has been rebuilt in a way that all crime is illegal for 364 days of the year, except on one night of the year called The Purge. Throughout the past four films (and a failed TV series), The Purge wasn’t exactly a fair system: those who were rich used The Purge to control and/or reduce the population of the poor.

As I said before, The Purge was gone because people finally rose up against the system. For various reasons, The Purge was reinstated. This film focuses on one part of the country, in the southwestern portion of Texas, and on the Tucker family as they try to endure their night with The Purge.

The Tucker family does, indeed, survive the night. What they discover, however, is that a group of dissenters has decided that The Purge isn’t over; that from now on there will be a “Forever Purge.” It’s a race to safety, or what can be called safety when the world around has become complete and utter chaos.

When the first “Purge” movie came out it was very focused. Yes, there was violence, and at times it was extreme, but there was a concrete message behind the movie that wasn’t a two and a half hour political platform for Hollywood. You could invest a little (and I do mean a LITTLE) in the characters, and the message that sin, left unchecked, begets more and more sin, even for one night like The Purge, was a valid thought.

But, then, however, sequels were made. Hollywood had to become a political platform for liberal political ideals and values, and in each movie the political messaging grew stronger and stronger, until we have “The Forever Purge.” This film screams its messaging in your face from start to finish and never lets up. Frankly, it became nauseating after a while hearing about “white supremacy” and the problems with immigration enforcement out of every single character’s mouth and in almost every scene.

It’s getting to the point where, frankly, going to the movies, or watching television will either be a bore or pointless because every movie will be a political message. Good films focus on character development, plot development, dialog, pacing, and just creating some good ol’ movie-making magic. Hollywood, we want politics in entertainment!

The fact that “The Forever Purge” has a plethora of gratuitous violence and vulgarity adds insult to injury, quite honestly. The pacing is slow, the characters are, honestly, forgettable (in fact, I don’t remember any of them, and that was only a couple of days ago). Some performances are decent, and the setting, especially parts of southwestern Texas and Mexico, are simply breathtaking. But honestly? There’s not much else going for this film.

Violence: It’s beyond extreme. There is so much violence in this film it is impossible for me to list. We witness multiple scenes where people are shot, stabbed, mugged, slaughtered (in the most horrific ways). In one scene a person is caught in a metal trap. People are dismembered, and have their head stomped on. Explosions. Cities are seen on fire. Tanks are rolling over cars. A man is tied down and executed. Blood and gore are seen in multiple scenes, as well as multiple corpses on streets.

Two of the strongest themes this film focuses on are murder and sin. The Bible discusses that murder can stem from a deep hatred of an individual and that that is why we must always guard our hearts as Christians. The Apostle Paul was clear about the dangers of harboring hate for others:

“Everyone who hatesa his brother is a murderer, and you know that no murderer has eternal life abiding in him.” —1 John 3:15

Murder is a detestable act that will require our life by God. It is written…

“Whoever sheds the blood of man, by man shall his blood be shed, for God made man in his own image.” —Genesis 9:6

Jesus, as he was arrested in Gethsemane, even gave a clear warning to those who choose to live in violence:

“Then Jesus said to him, “Put your sword back into its place. For all who take the sword will perish by the sword.” —Matthew 26:52

No sin is worse than another sin, all sin has a price and that price is death. But Jesus took our place on the cross by dying for our sins, so that we could be with Him.

“For the wages of sin is death, but the free gift of God is eternal life in Christ Jesus our Lord” —Romans 6:23

“He is the propitiation for our sins, and not for ours only but also for the sins of the whole world.” —1 John 2:2

All good things must come to an end. Wait, let me rephrase that… all things (not necessarily GOOD things) come to an end, and this is finally true of “The Purge” series.

No one benefits from sitting through “The Forever Purge.” It’s two hours of carnage, vulgarity and heavy political messaging that frankly, you can live without. Do not grieve the Holy Spirit by viewing this film. It’s pure evil glorified on the big screen. Stay safely very far away from this film, and the franchise as a whole.