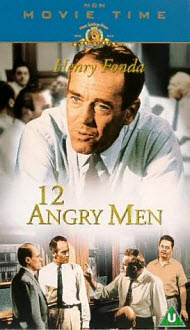 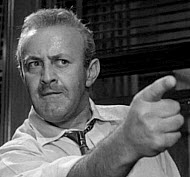 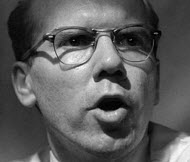 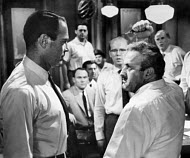 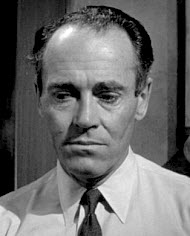 “Life Is In Their Hands—Death Is On Their Minds!”

This film underscores the meaning of the American justice system, in which reasonable doubt should result in acquittal. I haven’t seen the 1997 remake, but this original is so well done that I’m sure no other version is better. Also, the original does not present the problem with foul language that the remake apparently does; the jury room tension is created through excellent acting alone.

A Puerto Rican youth is accused of knifing his father to death, and the trial testimony seems to present an open-and-shut case; the all white male jury can take a serious second look at everything, or they can just vote guilty and go home the same day. One juror even explains that he’d like to get out in time to go to a ball game. But Henry Fonda’s character votes Not Guilty on the first ballot, and explains that he thinks the responsibility to decide the fate of a man’s life should at least merit a thorough review of the evidence. As he shows the fallacies in some of that evidence and begins to sway others, we begin to understand the background and agenda of each juror through the arguments they voice.

The jury room is the setting for nearly the entire film. There’s no violence. Of course there’s a lot of strong difference of opinion; that’s what a jury is supposed to have. There are some veiled racist references to “those kind of people.” My judgment is that although small children would not be interested in the story, it’s a family film in the sense that it could be watched while children of any age were in the room or in earshot. It’s definitely worthwhile; entertaining and a thought-provoker as well.

Positive
Positive—Nearly 60 years later, this Oscar winner still holds excellently. If you have never seen it, I would strongly recommend it! Despite not knowing the actors and personally not a fan of old movies, I was absolutely mesmerised by the deliberation of this court case by the 12 juries. Each character is unique and comes with his own background and motivations. The viewer stays on the edge of his seat as they keep switching sides the until reaching a unanimous verdict.

This movie is still relatable nowadays: not only do juries still exist and we might all be called one day to serve, but also as we so easily judge with our own preconceptions.

Furthermore, though the juries ultimately don’t know if the accused did it, we will one day face God, who knows every second of our lives. We are definitely guilty and deserve condemnation. However, for those who believe, Jesus has paid the ransom and made us free.
My Ratings: Moral rating: Good / Moviemaking quality: 5

Nicolas, age 28 (United Kingdom)
Positive—“12 Angry Men” is amongst my list of all time favourite films, a great script and brilliant acting. I haven’t seen the ‘97 remake and wouldn’t bother. 1990’s treatment to this classic could not possibly be an improvement. My Ratings: [4/5]

Richard, age 33
Positive—I watched this movie several years ago for a college class and found the content to be thought-provoking and insightful and the acting well done. I saw nothing objectionable at all, and I wish there were current movies done as well as this one. My Ratings: [4/4]