for pervasive language, some sexual content and brief violence. 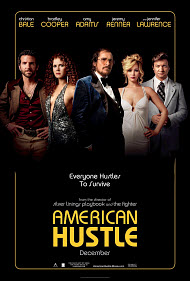 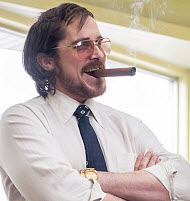 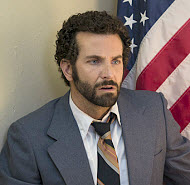 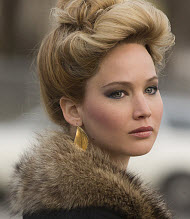 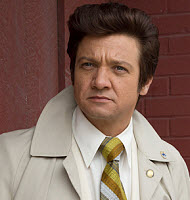 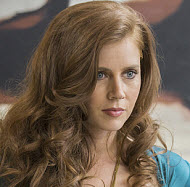 lying and sin in the Bible

“During the course of Abscam, the FBI handed out more than $400,000 in ‘bribes’ to Congressmen and middlemen.”

Some of this movie’s characters are fictional versions of specific real-life counterparts:

“American Hustle” is a film that gives reason to the cliché of “star-studded”—boasting a cast including Christian Bale, Bradley Cooper, Jeremy Renner, Amy Adams, and Jennifer Lawrence. With Oscar® buzz circling its release, it’s captured a lot of attention, but I think it’s more the message of the movie than the actors that should take our focus.

The simplest way to sum up the plot is as a story based on the lives of cunning 1970’s con artists Irving Rosenfeld (Christian Bale) and Sydney Prosse (Amy Adams), whose own misfortunes lead them into the political power corridors and mob-boss meetings of undercover FBI Agent Richie DiMaso (Bradley Cooper).

As DiMaso gains control of Rosenfeld’s small time “con shop,” in exchange for a level of criminal immunity for he and Prosse, DiMaso’s thirst for a career-winning big bust begins to drive the trio into high-risk, costly situations. More lies are told, more taxpayer money spent, and moral boundaries are being further blurred.

From the opening scene, as you watch Rosenfeld meticulously construct his comb-over, layering grease upon wisps of hair both real and synthetic, the film sets up its message about falsehood and insincerity. It quickly suggests that the “morally confused” state its characters find themselves in is because of a need to survive in life. For Rosenfeld that began as a child when he drummed up business for his fathers failing glass repair company by going on a citywide smashing spree. His conning ways set in early, and are justified by their apparent necessity.

For Prosse, we have a woman whose greatest desire is to “live any other life but [her] own”. Coming from a background of prostitution and striptease, Irving becomes her escape, and her descent into the world of the con artist is one marked by “exceptional talent” and quick thinking mischievory.

Without going too much into the relational tensions that develop and the layering of lies that are exposed (…just know when you live the life of a con artist it applies to every realm of your circumstance), it’s easy to see that the greatest struggles faced by them all come back to the flaws of deception.

They all have a reality they are trying to dispel with some form of cover up, be it high-level crime, or the more “everyday” form of a perm-hiding uncurled hair. Whatever the manifestation, they’re lured by a finite glory that comes at great personal cost and public consequence.

It’s here that the film taps into what I felt was its lasting message.

As Prosse reaffirms that the success of a con comes from the fact that “people believe what they want to believe,” she stumbles upon what can be one of humanity’s most prominent undoings:

Every day we all choose to believe in a certain reality; we make attempts at hiding the things we don’t want seen—ever used makeup? Spanx body shapers?… a hair straightener? What about issues of untold sexual sin, financial malpractice, hidden debt? Every day there are people choosing to believe that these bear no consequence on family relationship, that somehow life can carry on despite a divisive root running through the foundations of their existence. People attempt to make choices and yet remain unattached from their ramifications. As you watch “America Hustle,” just as the Bible talks about a man’s hidden world being disclosed to Christ, we see that the one most fooled by our cons, is us.

As we make choices that deny the reality of Christ, or dismiss revelations of our moral responsibilities, we are indeed conning ourselves.

The Bible makes clear the standard of life set for us, and we find the importance of knowing this, and knowing the Word through another character introduced in the film—Mayor Carmine Polito (Jeremy Renner).

Portrayed as an upright man, a genuine politician who sincerely seeks to govern with integrity, bringing about positive change for his community, he stumbles because of a lack of understanding of the Word of God; Irving sees Polito’s desire to maintain his reputation, and uses supposed Biblical quotes to get him on side. It’s enough for the Mayor to find himself misguided, and without spoiling anything, you know it’s leading to trouble.

“American Hustle” can’t be recommended due to its sexual content, foul language, illegal drug use, and immoral judgments, and I would warn you to be aware that it does contain this kind of subject matter, but the one encouragement that can be found, is that for the public who do see it, there’s no suggestion that the deceptive lives of those portrayed is an example to follow. American Hustle’s credit is that it shows the consequence and not just the glory, and hopefully will cause audiences to consider the deception in their own life, however minor it may seem.

Positive
Positive—“American Hustle” has excellent acting and a well written script based on actual events. I chose a moral rating of “Average” because this film is about real life while we’re on this Earth. Some may question that choice, but the Bible itself would get a moral rating of “Extremely Offensive” because of the murder, rape, incest, et cetera it contains. Yet, we are to learn from the Biblical stories.

“American Hustle” is a slice-of-life cautionary tale. Its viewers should see what happens to us—to our very souls when we get caught up in this world. The characters in the plot are so focused on worldy gains they literally loose sight of anything beyond this world. Jesus taught “…the cares of the world and the lure of wealth choke the word, and it yields nothing” —Mat 13:22. “Nothing” is precisely what the characters of this film achieve in their lives.
My Ratings: Moral rating: Average / Moviemaking quality: 4

Leonardo, age 71 (USA)
Neutral
Neutral—I saw “American Hustle” to see why it has been getting so many award nominations and winning awards. It is a fairly standard Hollywood feature film. It tells a story, fairly well written, but very complicated, about a man and woman pretending to be a loan agency and taking money for their services. I had to pay close attention to keep up with who was deceiving whom.

The casting is pretty good, with Jennifer Lawrence succeeding in portraying a woman who falls in love with a con man—played exceptionally well by Christian Bale—and does not really understand how to be his wife or partner, so she does foolish things to be involved in his life. Bradley Cooper plays the FBI agent who is trying to catch Bale and his partner, played by Amy Adams, in their deceptions. Bale’s performance has an intense range of emotional conflict that impressed me. He carries the movie.

For me, the somewhat confusing thematic lines make this an entertaining film, but not a great movie.
My Ratings: Moral rating: Offensive / Moviemaking quality: 4

Halyna Barannik, age 67 (USA)
Negative
Negative—Sometimes boring and regularly confusing as scenes switch from past to current in time. Was there a script? Or was improvisation supposed to be the idea?
My Ratings: Moral rating: Offensive / Moviemaking quality: 3

Bill, age 76 (United Kingdom)
Negative—I didn’t have any desire or intention to see this film until a friend strongly recommended it. As an artist, I can appreciate the skill in acting and the clever crafting of tongue-in-cheek humor and character development; however, with the excessive swearing, vulgar language/scenes and forced sleaziness, the humor and skill wore thin very quickly in what became a somewhat complex and depressing character study. I was disappointed in having seen this film and would not recommend.
My Ratings: Moral rating: Offensive / Moviemaking quality: 3½

Mindy, age 38 (USA)
Movie Critics
…a taxing 138 minutes… a collection of flamboyant 1970s caricatures run amok: so much hairspray and polyester, it makes your brain hurt—and worse, overwhelms the already overcomplicated Abscam retelling at the center of the film. …This is a messy C-minus movie at best…

Peter Debruge, Variety
Comments from non-viewers
Negative—Maybe I’m just not in sync with society, but I’m confused: why make an entire movie about characters who have absolutely no morals whatsoever? It starts to seem like Hollywood is just wasting their money. The whole idea of full grown adults who make poor decisions and never learn is just depressing. There’s so many other things to do in your life, especially as a Christian, than to spend your time and money watching a movie that’s 100% negative and will leave your spirit feeling deprived when you exit the theater. I think if less people came to see these movies then Hollywood might realize that offensive content doesn’t sell.

T., age 20 (USA)
Positive—This comment is to T., because wouldn’t it be a bit boring to see a movie with perfect people doing perfect things? Absolutely not. I’m sure that as an adult you’d far prefer to watch this excellent character-driven thriller than watch “Clifford the Red Dog Visits the Fire Station.”
My Ratings: Moral rating: Offensive / Moviemaking quality: 5

Nic, age 34 (United Kingdom)
Negative—This movie contains blaspheming very early on, and as for a Christian, further viewing should not be considered. As direct commandments from God, it should be clear and viewed as extremely important. Exodus 20:7 says: “Thou shalt not take the name of the LORD thy God in vain; for the LORD will not hold him guiltless that taketh his name in vain.”

Christians should be seen as different and standing apart from the world. By continuing to view that which make a mockery of our Saviour’s / God’s name, is participating in something we should not be participating in. Rather stop viewing it and spread the word to other Christians. Doing such may even result in unbelievers actually believing some Christians have a backbone and are showing something worthwhile of following, not just a different version of worldliness.
Trougot, age 49 (South Africa)