for some vulgarity, brief nudity and language. 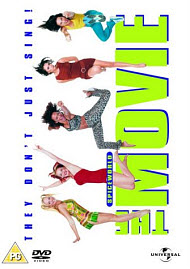 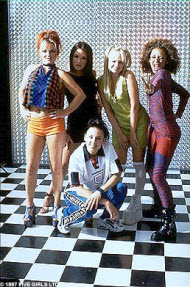 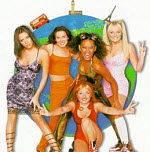 PREGNANCY and CHILDBIRTH—Have questions about life before birth, or a woman’s choice about pregnancy and abortion? Visit this beautiful online presentation. Ask questions; get reliable answers.

“They perform for royalty and entertain millions the world over. But now, they’re making a movie.”

Certainly, impressionable young children could pick worse role models than Ginger, Baby, Posh, Sporty or Scary. (Post-1980’s Madonna, for starters.) Yet, despite the deluge of dumbed-down “family movies” foisted upon unsuspecting kids, “Spiceworld” is unnecessarily savvy and sophisticated. Too savvy, unfortunately, for its own good—too much style, not enough substance.

“Spiceworld”, which was already released overseas, is basically an extended music video that could have skipped theatres and gone straight to home video. If what you want, what you really, really want, is to hear “Wannabe” for the hundredth time, this movie won’t disappoint. Neither do any of the Spice Girls expand their image beyond what everyone knows—on top of the world one moment, then discarded for the next big thing. What you see is what you get, and that’s it.

Anglophiles will undoubtedly cry foul at the wishy-washy effort of Bob Spiers, who previously directed the BBC’s “Absolutely Fabulous.” Yes, the Spice Girls drive around in a double-decker bus painted with a British flag; and yes, what they wear exudes their civic pride. Spiers even peppers the cast with Roger Moore, character actor Richard E. Grant, singer Elvis Costello, and a few others prominent Brits. “Spiceworld” would have been truly enjoyable if the movie stayed in England.

What, then, accounts for the trainwreck of a plot involving George Wendt from “Cheers” and Mark McKinney, formerly of “Saturday Night Live”? Nobody cares about the inane movie producer and his scriptwriting buddy chasing after the Spice Girls, who have barely five minutes of screen time as it is. Truly a distraction.

“Spiceworld” is rated PG for mild sexual innuendo, including brief rear nudity, and a childbirth scene (nothing shown). There’s also a joke about the Pope, which some Christians may find offensive. There is virtually no profanity whatsoever (except for a rare “bum” and “bloody”) and no adult content. Forgettable but potentially enjoyable for the aforementioned right audiences.

ALTERNATE RECOMMENDATION: The Beatles' “A Hard Day’s Night,” which is 100% British, no sleaze, and essentially the blueprint for “Spice World.”

Comments from young people
Positive—For what else is “SpiceWorld” than a movie length endorsement of this mega popular group? The soundtrack is from the group’s latest album (of the same name), and after seeing the movie who wouldn’t want to “spice up their life?” However, spicing up your life means slicing up your wallet. It’s just a good thing that “Spice World” is more than worth its admission price… The biggest surprise in stall for viewers is the elements of tame slapstick humor that “Spice World” welcomes with open arms, and occasionally is not unlike what we have seen in films such as “Austin Powers” or even “Robin Hood: Men in Tights.” Wut whereas those films based their entire plot around that kind of humor, “Spice World” contains it as an added bonus—so the comedy aspect of this film won’t bore or patronize the audience… As for the girls themselves; their performances are naturally not of the highest standard, but thankfully their acting time is limited and impressive dance/music scenes occur numerously. There is no doubt in my mind that the Spice Girls were perfect characters for a movie ever since the start of their career—Spice World knows this and often parodies that idea and the sketchy structuring of the film… It’s somewhat surprising that Spice World turned out to be such a clever contraption of comedy and song, and whilst the obvious strength of the movie is its fabulous music scenes, everything shown is sexy, catchy and great fun for teens of both sexes. …A Spicy World is fine by me…

Luke Buckmaster, age 15 (Australia)
Negative—I believe that the Spice Girls are a negative influence on the teens of today. For starters, their clothing sends a message to teen girls saying that it’s “Okay to look like a prostitute,” and we, as Christians, should not endorse that kind of idea, seeing as we are supposed to be Christ-like. Also, I do not believe that they sing the right kind of music. When they do their little singing bit, they are practically mocking God. God wants us to praise him. Doesn’t the Bible, God’s holy word, say, “And whatsoever ye do, do it heartily as to the Lord, and not unto men”? I can’t believe that the Spice Girls' music praises God in any way, shape or form.