What is a…
golden calf 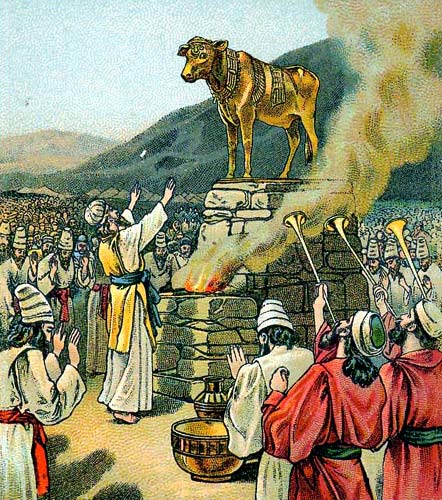 This was a gold scuplture of a calf which the idolatrous Israelites formed at Sinai. This symbol was apparently copied from the pagan religion of the Egyptians. It was destroyed at the command of Moses (Exodus 32:20).

Some suggest that the golden calf which Aaron made (Exodus 32:4) was possibly a copy of the god Moloch rather than of the god Apis, the sacred ox or bull calf of Egypt. However, it is more than likely that the 2 gods are basically different versions of the same Satanically-inspired false god.

The Jews showed all through their later history a tendency toward the Babylonian and Canaanitish idolatry rather than toward that of Egypt.

Later, wicked kings of Israel substituted worship of the one true God with pagan idolatry. Aften living in Egypt, Jeroboam returned to the land Israel and made 2 golden calves. At a great introduction ceremony followed by a heathen feast, he made this blasphemous declaration to the people,

These are almost the exact blasphemous words that Aaron said to the people at Mount Sinai (Exodus 32:4, 8). 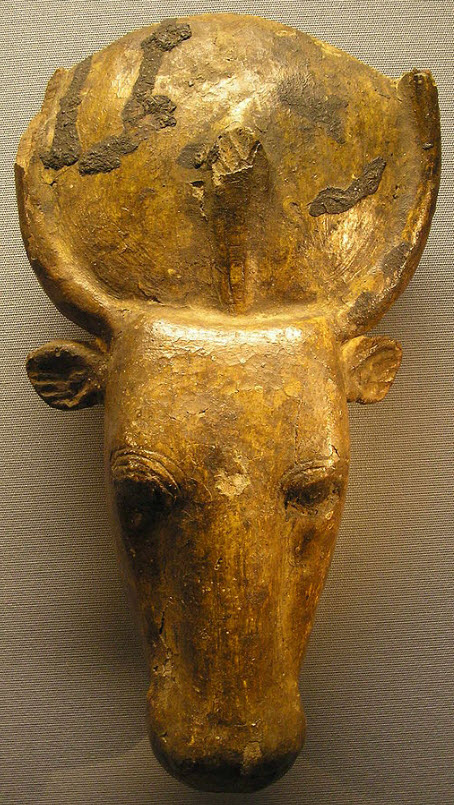 The Egyptians of the Memphis region worshipped Apis (aka Hapis or Hapi-ankh) who was represented as a bull (or bull calf) and is perhaps the oldest pagan God of Egypt.
Photo by Gryffindor at the Kunsthistorisches Museum. CC BY 2.5 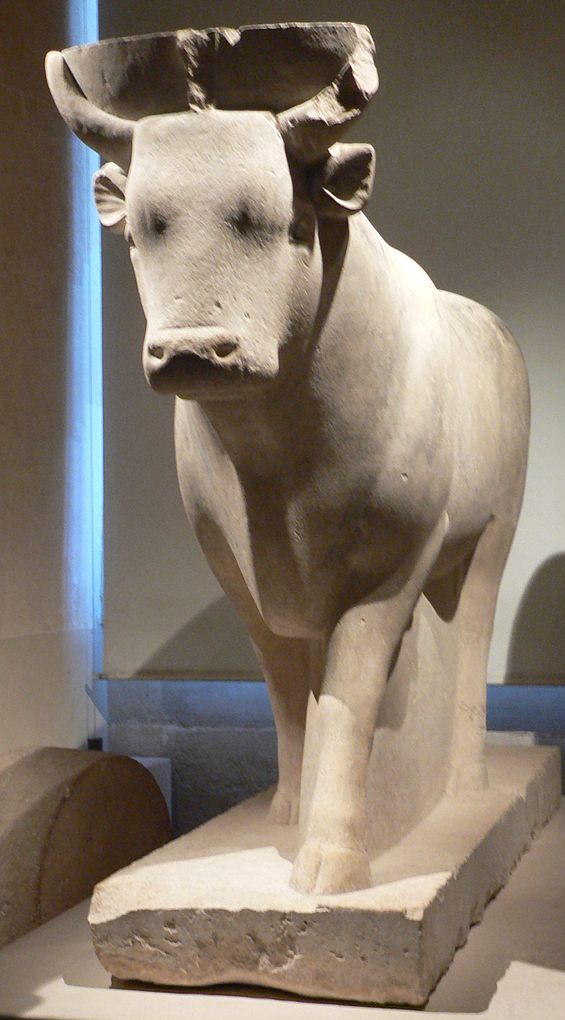 This ancient Egyptian idol, with a broken sun disk between its horns, is made of limestone and was originally decorated with painted—possibly including golden colors. It dates to the 30th Dynasty and is displayed in the Louvre Museum.

Ages after this, Jeroboam, king of Israel, set up two idol calves, one at Dan, and the other at Bethel, that he might thus prevent the ten tribes from resorting to Jerusalem for worship (1 Kings 12:28). These calves continued to be a snare to the people till the time of their captivity.