About…
vines in the Bible 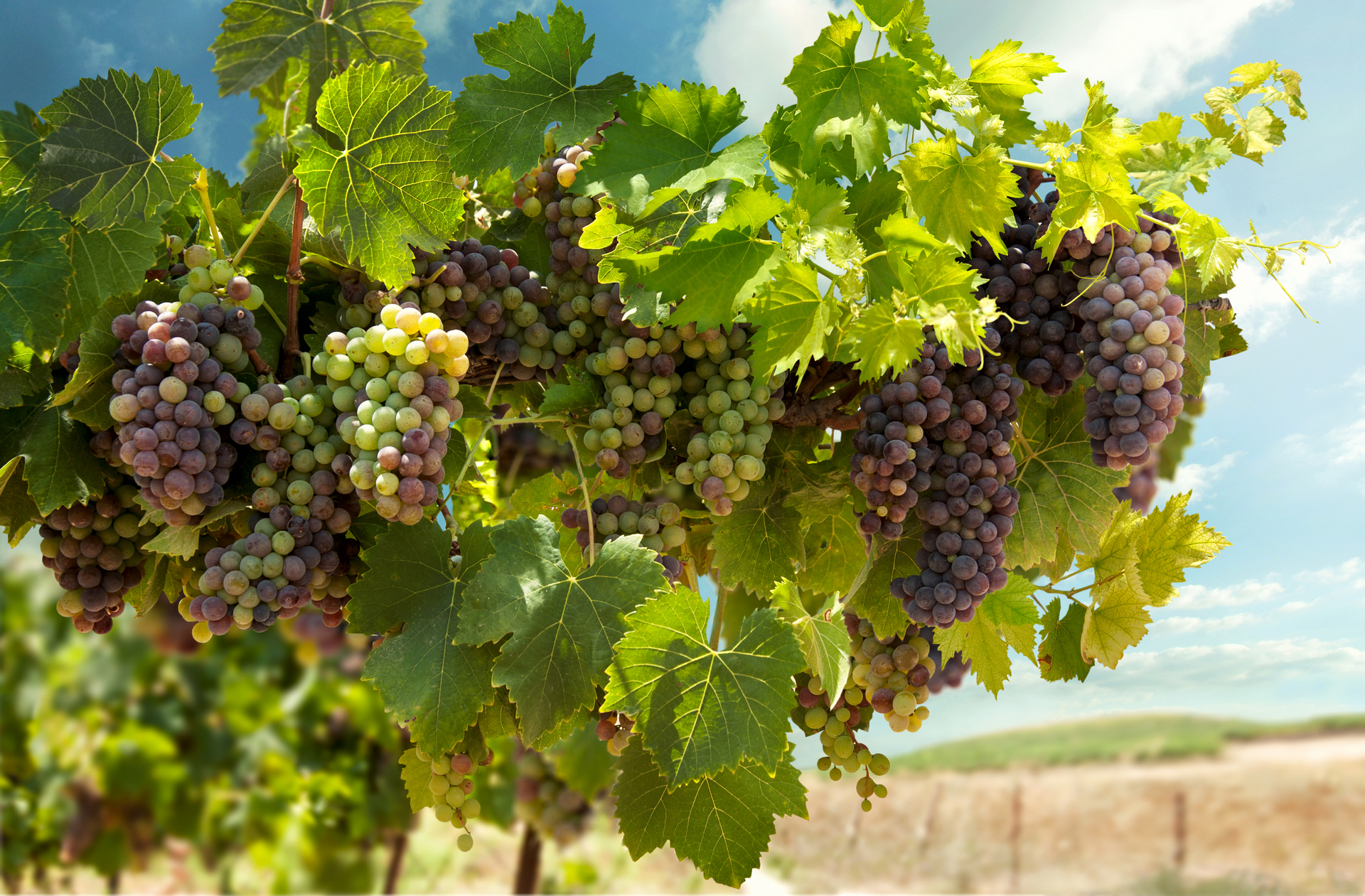 The first mention of vineyards is in the history of Noah (Genesis 9:20 —“Noah began farming and planted a vineyard”). The prediluvian root stock for these vines was most likely brought aboard Noah’s Ark.

Vines are mentioned 188 times in the Old and New Testaments. The ruins of ancient terraced vineyards provide evidence that it grape cultivation was extensive.

It was cultivated in the Promised Land before the Israelites took possession of it. The men sent out by Moses brought with them from the Valley of Eshcol a cluster of grapes so large that “they… there cut down a branch with a single cluster of grapes; and they carried it on a pole between two men, with some of the pomegranates and the figs” (Numbers 13:23).

The vineyards are also spoken of poetry.

…the vines in blossom have given forth their fragrance… —Song of Songs 2:13 NASB excerpt

…The little foxes that are ruining the vineyards,
While our vineyards are in blossom. —Song of Songs 2:15 NASB excerpt

Celebrated vineyards of the Old Testament

In Psalm 80:8, Israel is compared to a vine planted by Jehovah God:

You removed a vine from Egypt;
You drove out the nations and planted it.

The prophet Hosea also compared Israel to a vine.

Israel is a luxuriant vine;
He produces fruit for himself.
The more his fruit,
The more altars he made;
The richer his land,
The better he made the memorial stones. —Hosea 10:1 NASB

Israel empties his vine;
He brings forth fruit for himself.
According to the multitude of his fruit
He has increased the altars; … —Hosea 10:1 NKJV (similarly Hosea 10:1 KJV)

Christ and His Church

Christ says of himself, “I am the vine” (John 15:1). In one of his parables also (Matthew 21:33) our Lord compares his Church to a vineyard which “a landowner… planted… and put a wall around it and dug a wine press in it, and built a tower, and rented it out to vine-growers and went on a journey.”

I am the vine, you are the branches; the one who remains in Me, and I in him bears much fruit, for apart from Me you can do nothing. —John 15:5 NASB