What does the Bible teach about abortion?
Pro-life or pro-choice? 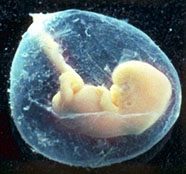 Biblically, life definitely begins at conception. King David said he was sinful from the time he was conceived (Psalm 51:5). Therefore, he became a person at the moment of conception, for only a person can have a sin nature.

When did Jesus Christ leave Heaven, come to Earth and become flesh (John 1:14)? Biblically and doctrinally, it was clearly the moment that He was conceived in Mary by the Holy Spirit.

Human’s have an intrinsic worth because our ancestors, Adam and Eve, were created in the image of God (Genesis 1:27).

Biblically and historically, it is certain that the Israelites knew that the fetus was a child (a person).

In Old Testament Israel, a criminal injury that caused a pregnant woman’s unborn child to die was treated the same as any other murder. The criminal was punished less severely, only if the baby was born alive, although premature (Exodus 21:22-25, NKJV).

“These six things the LORD hates, Yes, seven are an abomination to Him: A proud look, A lying tongue, Hands that shed innocent blood…” (Prov. 6:16-17, NKJV).

What did early church writings say about abortion?

“You shall love your neighbor more than your own life. You shall not slay a child by abortion. You shall not kill that which has already been generated” (Epistle of Barnabas 19.5; second century).

“Do not murder a child by abortion or kill a new-born infant” (The Didache 2.2; second century catechism for young Christian converts).

Equality - “Jesus Christ broke through the false barriers that separated Jews from Samaritans, lepers from the healthy, children from adults, wanted from unwanted. He taught the equal dignity of all. The barrier that divides born from unborn is likewise offensive to His teaching.”

Justice - “God saves the helpless, who cannot save themselves. This God of justice expects His people to do likewise, rescuing the orphan and the widow, and intervening to prevent bloodshed.”

Hope - “Abortion is essentially an act of despair. Jesus Christ, the Alpha and Omega, from whom we can expect every good, opens the door to hope, which in turn enables us, despite our fears, to welcome new life into the world.” [above three points supplied by National Pro-life Religious Council]

Many people, sadly including many Christians, think abortion is a difficult and controversial issue. In reality, there is no difficulty or controversy at all—providing we allow the Bible to teach us, and not impose the ideas of fallible people on to its plain meaning.

There are two main issues to consider:

The answer to both questions is found in the beginning of the Bible, in Genesis.

“…and Rebekah his [Isaac’s] wife conceived. And the children struggled together within her…” (Genesis 25:21-22).

Note that Rebekah’s unborn twins, Jacob and Esau, are referred to as “children” (the Hebrew word used, banim, plural of ben), commonly refers to children after birth, and often has a more specific meaning “sons.”

The New Testament uses the usual Greek word for baby, brephos, to refer to the unborn John the Baptist, who “leaped in her [Elizabeth’s] womb” because of the presence of the unborn Christ (Luke 1:41-44).

Unborn babies are not disposable clumps of tissue, despite the claims of many pro-abortionists. And they are always human right from fertilization, because all the DNA coding needed to build each individual’s physical features is there in the fertilized egg.

It is absolutely false that the developing human goes through any fish or reptile stage, despite some blatantly fraudulent evolutionary claims.

Is it biblically acceptable to kill an unborn human?

This is also answered in Genesis. Genesis 1:26-29 and 2:7-23 make it clear that man was created distinct from the animals, made in God’s image. In Genesis 3 we read how this image was corrupted by the sin of the first humans, Adam and Eve. Only one generation later, Cain committed the first murder, a destruction of this image, thus a grievous affront to God. Violence (and other evils) spread throughout the world, so God destroyed all people apart from the Ark’s passengers with a globe-covering flood (Genesis 6-8).

Right throughout Scripture, murder—that is the intentional killing of innocent humans—is regarded as a heinous sin (Exodus 20:13, Matthew 19:18, Romans 13:9). Since abortion kills an innocent human being, it is nothing less than murder. So all the usual “hard cases” pushed by pro-abortionists, e.g. “What if the woman was raped?,” “What if the child is deformed?,” “What if she can’t afford to keep the child?” are irrelevant.

We should also remember Ezekiel 18:20, which prohibits executing a child for the crime of his/her father. This means that even the tragic cases of pregnancies due to incest or rape are no justification for killing the innocent child conceived.

The father of lies

Jesus said of the devil,

“He was a murderer from the beginning… When he lies he speaks his native language, for he is a liar and the father of lies” (John 8:44).

It is no accident that Jesus speaks about Satan’s murders and lies in the same breath. Lies are the wheels that turn every holocaust. to pull of his murders, Satan tells us lies. He is so eloquent, so persuasive in his lies, and we are so gullible, that we fall for his schemes (2 Corinthians 2:11). He masquerades as an angel of light (2 Corinthians 11:14), calling right wrong, making us think—as many prochoicers do—that they are taking the moral high ground even as the defend something unspeakably immoral.

If some of the prochoice arguments momentarily cloud and eclipse what you know to be right, realize it is simply because the devil is behind the persuasive rhetoric of the prochoice movement. He is fluent in the language of lies and uses the prevailing assumptions of culture, education, and media to draw us away from God’s thoughts about children and abortion and toward his.

Also read: Abortion in the Bible and Church History by Randy Alcorn

Editor: Paul S. Taylor, Copyright © 2002, Films for Christ, All Rights Reserved—except as noted on attached “Usage and Copyright” page that grants ChristianAnswers.Net users generous rights for putting this page to work in their homes, personal witnessing, churches and schools.