Where did the Flood waters go? 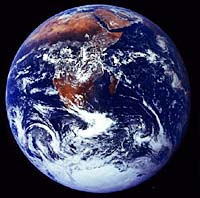 The whole Earth was covered with the Flood waters, and the world that then existed was destroyed by the very waters out of which the Earth had originally emerged at God's command (Genesis 1:9; 2 Peter 3:5-6). But where did those waters go after the Flood?

There are a number of Scripture passages that identify the Flood waters with the present-day seas (Amos 9:6 and Job 38:8-11 note “waves”). If the waters are still here, why are the highest mountains not still covered with water, as they were in Noah's day? Psalm 104 suggests an answer. After the waters covered the mountains (verse 6), God rebuked them and they fled (verse 7); the mountains rose, the valleys sank down (verse 8) and God set a boundary so that they will never again cover the Earth (verse 9)[1]. They are the same waters!

Isaiah gives this same statement that the waters of Noah would never again cover the Earth (Isaiah 54:9). Clearly, what the Bible is telling us is that God acted to alter the Earth's topography. New continental landmasses bearing new mountain chains of folded rock strata were uplifted from below the globe-encircling waters that had eroded and leveled the pre-Flood topography, while large deep ocean basin were formed to receive and accommodate the Flood waters that then drained off the emerging continents.

The catastrophic plate tectonics model gives a mechanism for the deepening of the oceans and the rising of mountains at the end of the Flood.

The collision of the tectonic plates would have pushed up mountain ranges also, especially toward the end of the Flood.

Could the Water Cover Mt. Everest?

Mount Everest is more than 5 miles (8 kilometers) high. How, then, could the Flood have covered “all the high hills under the whole heaven”?

The Bible refers only to “high hills,” and the mountains today were formed only toward the end of, and after, the Flood by collision of the tectonic plates and the associated upthrusting. In support of this, the layers that form the uppermost parts of Mount Everest are themselves composed of fossil-bearing, water-deposited layers.

This uplift of the new continental landmasses from under the Flood waters would have meant that, as the mountains rose and the valleys sank, the waters would have rapidly drained off the newly emerging land surfaces. The collapse of natural dams holding back the flood waters on the land would also have caused catastrophic flooding. Such rapid movement of large volumes of water would have caused extensive erosion and shaped the basic features of today's Earth surface. 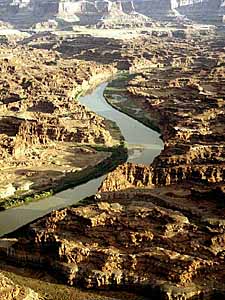 Thus, it is not hard to envisage the rapid carving of the landscape features that we see on the Earth today, including places such as the Grand Canyon of the United States.

The present shape of Uluru (Ayers Rock), as sandstone monolith in central Australia, is the result of erosion, following tilting and uplift, of previously horizontal beds of water-laid sand. The feldspar-rich sand that makes up Uluru must have been deposited very quickly and recently. Long-distance transport of the sand would have caused the grains to be rounded and sorted, whereas they are jagged and unsorted. If they had sat accumulating slowly in a lake bed drying in the sun over eons of time, which is the story told in the geological display at the park center, the feldspar would have weathered into clay.

Likewise, if Uluru had sat in the once-humid area of central Australia for millions of years, it would have weathered to clay.[3] Similarly, the nearby Kata Tjuta (the Olgas) are composed of an unsorted mixture of large boulders, sand, and mud, indicating that the material must have been transported and deposited very rapidly.

The erosion caused by receding flood waters is the reason that river valleys are far larger than the rivers now flowing in them could have carved. The water flow that carved the river valleys must have been far greater than the volume of water we see flowing in the rivers today. This is consistent with voluminous flood waters draining off the emerging land surfaces at the close of Noah's Flood, and flowing into the rapidly sinking, newly prepared, deep ocean basins.

Our understanding of how the Flood could have occurred is continually developing. Ideas come and go, but the fact of the Flood remains. Genesis clearly testifies to it, Jesus and the apostles confirmed it, and there is abundant global geological evidence for a global watery cataclysm.

Copyright © 1996, 1999, 2000, Creation Ministries International, All Rights Reserved—except as noted on attached “Usage and Copyright” page that grants ChristianAnswers.Net users generous rights for putting this page to work in their homes, personal witnessing, churches and schools. Illustrations and layout copyright, 1999, 2000, Films for Christ