CHRIST'S RESURRECTION—What about the death and resurrection of Christ was important and vital to Christianity? 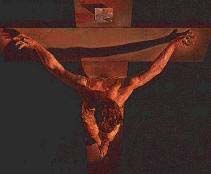 Why did Christ have to shed His blood?

Many critics reject the “blood theology” of the Bible because they see it as a remnant of a very barbaric type of primitive religion termed a “slaughterhouse religion,” Biblical Christianity is abandoned by some who consider themselves too refined to include thoughts of sacrifice in their worship.

The Bible quite forthrightly states, "That soul that sinneth, it shall die," and "the wages of sin is death" (Ezekiel 18:20; Romans 6:23). In the moral government of God, He has ordained that physical and eternal death be the just penalty for sin. People may chafe against God's decree, thinking it is unfair or extreme, but their protests only show how sin has blinded them to sin's true nature. The fact that God requires such a drastic penalty should teach them, not that God is brutal, but that sin is heinous.

Yet God, in His matchless love for sinful man, has also decreed that the penalty for sin can be born by a substitute, and on that principle is built the Old Testament system for sacrifice.

Even if any man had wanted to, he could not offer himself in payment for his sins, for his sin had disqualified him from being an accceptable sacrifice. Consequently, the Old Testament provided for the offering of certain select animals whose blood was shed vicariously for the sins of those who repented and trusted God's revelation.

All of the spotless, innocent animals that became sacrifices in the Old Testament pointed to that great sacrifice, the one made by Jesus Christ on Calvary's cross. John the Baptist introduced Him, saying "Behold the Lamb of God, which taketh away the sin of the world" (John 1:29). The penalty God imposed on sin is both just and loving, for God Himself, in the Person of the Son, paid that penalty for all who will accept Him as their Substitute.

God the Son, clothed in human form, shed His blood for man's sin, thus satisfying every demand of holy justice. And through that precious blood, God showed Himself to be both "just and justifier of him which believeth in Jesus" (Romans 3:26).

The Bible portrays unsaved man as a slave to sin and speaks of freeing him in the same manner as slaves were redeemed in the ancient world. In Christ, "we have redemption through His Blood, the forgiveness of sins, according to the riches of His grace" (Ephesians 1:7). "You were not redeemed with corruptible things, as silver and gold, from your vain manner of life … but with the precious blood of Christ, as a Lamb without blemish and without spot" (I Peter 1:18-19).

Apart from Jesus Christ, all people are alienated from God. Sin's rebellion forged a gulf between God and man that is humanly impassable. Yet, Christ's blood built the bridge from God to man.

"Now in Christ Jesus, you who formerly were far off have been brought near by the blood of Christ."
-Ephesians 2:13

"But God demonstrates His own love toward us, in that, while we were yet sinners, Christ died for us. Much more then, having now been justified by His blood, we shall be saved from the wrath of God through Him."
-Romans 5:8-9

Human sin produces a pollution of the heart that can only be cleanses by God's grace. And that grace manifests itself in the efficacy of Christ's sacrifice, the Apostle John declaring, "the blood of Jesus Christ, God's Son, cleanses from all sin" (I John 1:7). While God will not look upon sin, we may still enjoy His loving gaze because of Christ's blood. Revelation's glimpse of the future glory gives this account:

"These are they which came out of the great tribulation, and have washed their robes, and made them white in the blood of the Lamb. Therefore are they before the throne of God, and serve Him day and night in His temple."
-Revelation 7:14-15

The Bible emphasizes Christ's blood because only in His sacrifice can we find forgiveness, cleansing, reconciliation, salvation, and glory!

Did Christ really have to die before God could forgive sins?

"For God so loved the world that He gave His only begotten Son, that whoever believes in Him should not perish but have everlasting life." (John 3:16)

At first glance, it seems that a God who loves sinful men and women enough to save them could devise a salvation plan that would not involve the death of His beloved Son. Is God unreasonably vindictive in demanding that payment be made for sin? Couldn't He forgive us without requiring some price to be paid?

These questions probe the very nature of God, and while we cannot fully understand God's infinite perfections, the Bible reveals enough about His character to give us an answer (Job 11:7; Deuteronomy 29:29).

The resolution of the alleged conflict between God's love and His wrath lies only in His holiness. The same God can show both love and wrath because He is first of all holy. The angels surrounding God's throne sing neither "Love, love, love" nor "Wrath, wrath, wrath," but rather, "Holy, holy, holy" (Isaiah 6:3, Revelation 4:8).

God's holiness involves a strict separation from all sinfulness and perfect justice in dealing with the sins of His creatures. If God were to violate this basic attribute, His forgiveness would be well nigh useless. Of what value is the forgiveness of someone who has no standards? The concept of salvation makes no sense unless one starts with God's holiness. Consequently, sin is no trifle, to be lightly dismissed or conveniently ignored. The existence of sin necessitated some reponse.

The Apostle Paul dealt with this problem in Romans 3:21-26, and he shows how God could be both "just and the justifier of the one who has faith in Jesus" (3:26). The main emphasis of this passage is God's righteousness, mentioned in verses 21, 22, 25 and 26. Since God's holiness remains an immutable part of His character, He will not merely overlook sinful rebellion. However, justice and mercy merge in God's plan for men, to provide the "righteousness of God through faith in Jesus Christ for all those that believe" (3:22).

God does not have to violate His holiness to provide salvation, for God the Son provides "a propitiation in His blood" for those who believe (3:25). “Propitiation” refers to the satisfaction of divine justice and comes from the practice of anointing with sacrificial blood the mercy seat on the Old Testament Ark of the Covenant. This application of blood symbolized the death of a substitute as a penalty for breaking God's law. Jesus Christ became our Substitute, "For the wages of sin is death; but the (free) gift of God is eternal life through Jesus Christ our Lord" (Romans 6:23).

Jesus suffered on the cross, and the Apostle explains the suffering, saying, "This was to demonstrate His righteousness; because of the forbearance of God He passed over sins previously committed" (Romans 3:25). God had forgiven the sins of the Old Testament believers on the basis of Christ's future sacrifice, just as He forgives today on the basis of Christ's past sacrifice, done once for all time (Hebrews 10:12). And in it all, God remains holy. The crux of Paul's evangelistic teaching at Thessalonica was that “Christ had to suffer and rise again from the dead” (Acts 17:3). Christ's death was not optional, for it was central to God's plan of salvation.

Some confusion results from the erroneous notion that God the Father must not have loved Christ since He required Him to die before granting forgiveness to sinful men and women. This ignores the plain teaching of Scripture that Jesus was God the Son, and, as equal in every perfection with God the Father, concurred in the redemption plan. On the eve of His crucifixion, Jesus prayed, "Father, the hour has come, glorify Thy Son, that the Son may glorify Thee" (John 17:1). Hebrews 12:2 reveals that Jesus both endured the cross and despised its shame because of “the joy set before Him.” While some modern errorists present Christ going to the cross under protest against the cruel Father, the Scripture shows the Father and Son in perfect harmony throughout redemption.

God's holiness, righteousness and justice are immutable parts of His character, so He exercises judgment on sin as One who is sovereign in His moral kingdom. Yet, He himself has fulfilled that righteous penalty in the person of His Son so that, without violating His holy nature, He guarantees forgiveness and justification to all who believe.

Authors: Henry Morris and Martin Clark as excerpted from The Bible Has the Answer, published by Master Books, 1987. Used with permission.

“Easter is not primarily a comfort, but a challenge,” wrote J.N.D. Anderson, late Dean of the School of Law at the University of London. "If it is true [as he and others indeed demonstrate], then it is the supreme fact of history, and to fail to adjust one's life to its implications means irreparable loss."[1]

The resurrection of Jesus Christ is not about a mere historical curiosity, but an event of enormous consequences to you. According to Romans 1:4, Jesus' resurrection affirms the Bible's high claims about Him, and that He alone is the way to heaven.

Christ's resurrection guarantees there will be a Last Judgment (Acts 17:31), and that there is a heaven and a hell (Revelation 1:18).

Yet this Risen Christ offers the forgiveness of sins and everlasting salvation for whoever believes in Him (John 11:25,6, Romans 4:24,25). Everyone is inescapably affected by these implications.

Your Decision? A New Beginning?

Therefore you can't afford to remain an agnostic regarding Jesus and His claim on you. While many today are indifferent to such matters, avoiding Him is not an honest proposition. The mounting evidence supporting His claims demands your consideration!

And consideration is demanded not only for your intellect, but for your whole being! For the One who is “Alive forevermore” (Revelation 1:18) says,

"Behold, I stand at the door and knock; if anyone hears my voice and opens the door, I will come in and eat with him and he with me."
-Revelation 3:20

By “door” is meant access to your heart, mind, and will. Jesus desires entry into your life that He may be your Savior and Lord. So "Today…Do not harden your heart" (Hebrews 4:7). Rather, open your heart to Him, and let the One who died and rose for you come in!