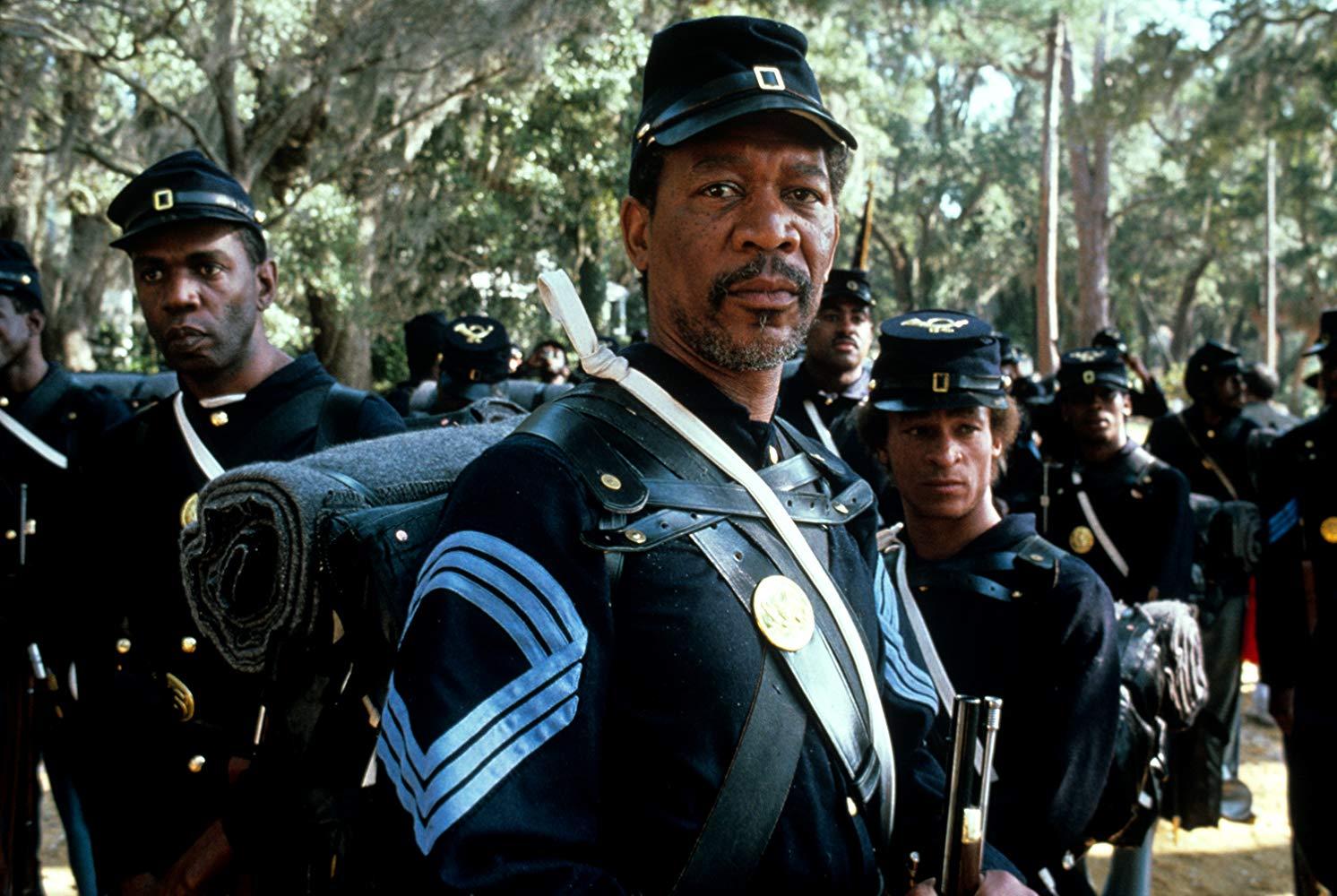 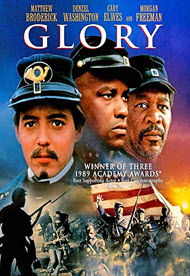 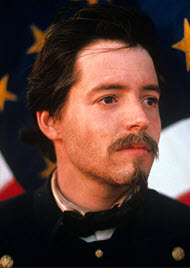 Courage in the face of all kinds of adversity 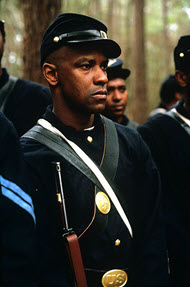 Slaves mentioned in the Bible

African Americans in the war 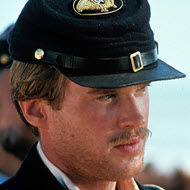 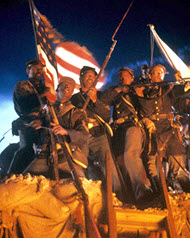 The inspiration for this film came from 2 books: (1) One Gallant Rush: Robert Gould Shaw and His Brave Black Regiment by Peter Burchard (1989), and (2) Lay This Laurel (1973), a photographic tribute to the Civil War sculpture of Augustus Saint-Gaudens with text by Lincoln Kirstein

This is the story of Col. Robert G. Shaw (Matthew Broderick) and the 54th Massachusetts Colored Infantry, one of the first black regiments to see action in the Civil War.

The film opens on the battle of Antietam Creek (Sharpsburg), in which Captain Shaw is slightly wounded. He’s brought back to consciousness by John Rawlins (Morgan Freeman), a black gravedigger.

Recovering at home, he’s offered a promotion to Colonel and the command of the proposed new 54th Infantry. The majority of the film follows the unit in training. The regiment is presented in microcosm/cross-section by focusing on a tent containing Rawlins, a wise older man who is eventually promoted to Sergeant Major; Thomas Searles, a free-born Northerner (Andre Braugher); Trip, a runaway slave full of street smarts and hatred (Denzel Washington, in an Oscar-winning performance); and Jupiter Sharts, an insecure stutterer (Jihmi Kennedy). The four actors stay convincingly in character, and their interchanges are one of the most interesting elements in this story.

The film ends with the 54th assaulting Battery Wagner, near Charleston.

The profanity is mild for an R-rating. However, there’s one instance of f*, used by Sergeant Major Mulcahy (John Finn), a drill instructor (Col. Shaw has picked Mulcahy specifically because “the Irish dislike the Colored” and therefore he’ll run the toughest possible drills and will best prepare the men for combat).

The R-rating is primarily for the battlefield scenes, which are quite gory; the combat footage belonged in the “most realistic” class until the release of “Saving Private Ryan” created a new class. While the 54th is in training, they receive word that the Confederate government has decreed death for any blacks captured in Federal uniform and for white officers commanding blacks. We see further examples of racism in the behavior of some U.S. troops and officers, and in the Federal government’s policies of using only white officers and of paying black troops only $10 per month as opposed to $13 per month for white privates. Also, some officials want to restrict black troops to non-combat duty.

By the time the 54th is finally allowed to fight, they’re more than ready. This film ranks very high as an example of courage in the face of all kinds of adversity.

Positive
This is such an inspiring movie, that it is a “must see” for anyone with an interest in the Civil War. The bad language is brief and occurs early in the recruits’ training. If one were to fast-forward the scene, none of the story’s impact would be lost. The battle-related gore is nowhere near that of “Saving Private Ryan,” yet is still very realistic. After watching this movie my family was so intrigued by the events portrayed in the movie that we went to the library and checked out all the books on Colonel Robert Gould Shaw and his Colored Regiment. We spent the next several days reading all of them. An interesting side note: the monument shown at the end of the movie is located in Boston, Massachusetts, in the Boston Commons Park, which is a part of an interesting self-guided walking tour. My Ratings: [3/5]

Debbie James, age 41
First of all, I can easily say this was the least offensive R-rated movie I have ever seen. Second of all, it was a good Civil War flick. Try it on your family, see what they think. My Ratings: [2½/4]

Fred
I liked how the film showed the conflicting emotions of soldiers fighting a war for a country that held them as slaves. The story is a good testament of friendship and bonds that tie all men together. My Ratings: [3/4]

Hillari Hunter, age 38
If this were a documentary it could be broadcast [without cuts], in prime time, on stations such as TLC and The History Channel. But because it is a film maker’s recreation of an historical event it is saddled with an R rating. GLORY is of the highest moral and artistic standards and I recommend it without reservation.