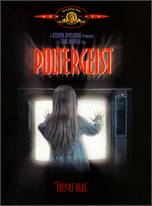 What is the occult?

“Poltergiest” is a special effects-laden shocker that plays off of one of our worst fears: the unknown. it’s a chilling movie with top-notch acting and a brilliant script. Though sometimes a Christian may find it offensive (with talk of lost souls and slight profanity), something about this movie makes you want to look past the plot, and just enjoy yourself.

The Freelings are your typical American family. they’re all very normal. But their house isn’t. Strange things occur around the house, such as chairs moving by themselves and things becoming misplaced; and the little girl, Carol Anne, starts talking to the TV when it is turned onto an empty channel… Then it happens: five year-old Carol Anne is kidnapped by something not of this Earth… something so powerful, it can only be called The Beast.

Seeking help, the Freelings turn to a group of psychics; but the demented forces that have young Carol Anne in their grip won’t let her go without a fight…

From a Christian perspective, this movie is probably average or a little better than average. It consists of some talk of the after-life, and “the light”—a brilliant white light that you walk into after you die, and then you reach the after-life; what this movie suggests is that “ghosts” are actually lost souls who can’t find the light. However, the movie never puts-down the Christian religion or degrades it. Like most movies we see in this day and age, “Poltergeist” has some slight profanity, though only in the end, and a scene of drug-use. It contains some violent images also.

RATING NOTE: While “Poltergeist” is rated PG, this movie came out during a time where a PG-13 rating had not yet been invented, so in today’s time, I think that it would probably earn a PG-13.

I thought this movie was an absolute disgrace to Christian beliefs. The first half of the film does just what it should: it fascinates the viewer and lets him or her see into the paranormal just enough to keep them on the edge of their seat. But by the time the young girl is finally captured by “the Beast,” the whole story seems to swirl down the drain. A dwarf sorceress comes to deal with the unexplained entity, and she disrupts the family’s sanity almost as much as the poltergeist. She even forces the mother of the child to deny “her beliefs as a God-fearing Christian” in order to get her daughter back!

The whole last half of the movie is very disturbing, and seems to contradict itself all over the place. For example, the family’s house, as it turns out, was secretly built on an old cemetery site, but for some reason this near-absolute power demon has come and taken their daughter through the television screen… while a tree trunk outside wants to eat the son. The folks who made this troubling horror movie forgot to include Romans 10:13, where it clearly shows that the only way we can be saved from eternal forces is to “call on the name of the Lord.”
My Ratings: [Very Offensive / 3]