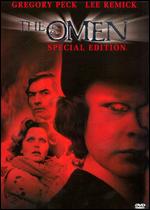 “The Omen” is a movie much like “The Exorcist” in that it will have its defenders among the Christian community despite some moments of graphic violence. The concept, the birth of the anti-Christ and the impact the five year old child has on the parents who are raising him (Peck, Remick) was actually first devised by a born-again Christian, Robert Munger, who pitched the idea to Hollywood producer Harvey Bernhard, who in turn then was able to get a production team behind the effort. The end result is a well-acted horror movie with some genuine moments of shock and terror, yet strangely restrained in some aspects by today’s standards. It is not a movie for the faint of heart by any stretch of the imagination even with its tamer graphicness compared to today.

In terms of its message, the results are mixed for the Christian. On the plus side, there is the acknowledgment that evil in the person of Satan does exist in this world, and at one point a doomed priest who knows the truth tries to warn the adoptive father, Peck, that he must accept Christ to save himself. But on the whole, Christians are going to have a harder time with the jury-rigged Hal Lindsey view of the Book of Revelation (which includes a number of quoted “prophecies” that are in fact the scriptwriter’s invention and have no counterpart in scripture), not to mention the fact that the larger point is being missed by those like Peck, and the exorcist (Leo McKern) who gives Peck seven daggers that are the only thing that can kill the anti-Christ child. If the anti-Christ has been born and is now among us, then the events that will culminate in the return of Christ are now being set in motion so that we should be more aware of how He will ultimately triumph in the end.

In the end, I would not recommend “The Omen” for the easily squeamish, nor would I recommend it for those who don’t have a fuller understanding of what Biblical prophecy is all about. But in terms of quality filmmaking, I have to say that it is a far better crafted movie than most of the equally skewed end-times movies put out by Christian companies, especially in terms of acting, direction and production standards.

I watched this movie one night for the simple reason that there was nothing else on television or at the theatre. I would have to say that I was greatly surprised at both the high morality portrayed and the small amount of gore. The film contains very little that would offend but is certainly not for children. There are only two curses said throughout the whole running time of the film as well as God and Christ being spoke of in a positive light. There is virtually no sex or nudity, the gore is restrained but violence is present, this includes dogs attacking two men, a brief stabbing, a brief decapitation, a women falling from a balcony, and a maid hanging herself for “the child.” Gregory Peck plays a refreshingly clean family man who denies his wife an abortion and at the film’s climax screams for God to help him. As above mentioned, God is shown as superior to Satan and the anti-Christ. This is made clear when Damien looks at a statue of an angel atop a church and starts screaming violently. Knowing the nature of the film or even reading the back of the film’s box provides a creepy atmosphere that is born out with the stories unfolding and the Academy Award winning musical score.
My Ratings: [Better than Average / 5]