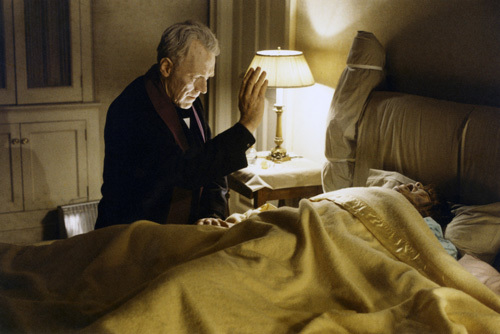 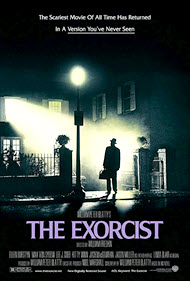 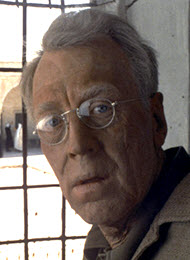 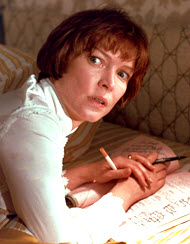 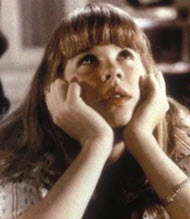 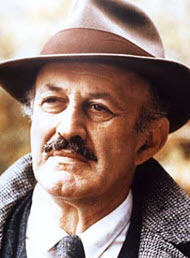 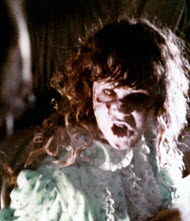 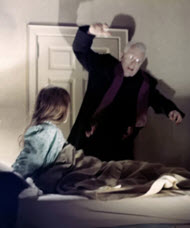 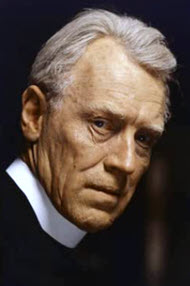 Exorcism is a debatable topic, even among Christians. Some feel that it is a real, God-powered battle against demons. Others see it as myth, urban legend for Catholics. In 1973, director William Friedkin (“The French Connection”) brought to the screen an adaptation of William Peter Blatty’s novel, The Exorcist. Surprisingly, unlike many Hollywood productions, this film does not seek to disprove Christian beliefs—it supports them.

Regan (Linda Blair) is a 12-year-old child with a terrible problem. She’s been acting very strangely lately, predicting the death of her mom’s friend and urinating in public. Doctors cannot find anything medically wrong with her. In desperation, her mother turns to a priest for help. What follows is a terrifying account of an exorcism, as the priest battles the demons inside the child.

Blatty, who adapted the screenplay from his novel, based his story on a real incident which took place in Georgetown, Maryland, in 1949. The true-life basis of the film lends it an extra credibility not found in recent films like “Stigmata” or “The First Power.” According to a documentary made by the BBC, nine people died mysteriously during the film’s making. One of the producers noted that “there was a feeling that we were dealing with something we shouldn’t be dealing with.” Director Friedkin says that “I feel that you’ll get out of “The Exorcist” what you bring to it… If you want an affirmation of faith, it’s there…”

Personally, I advise that you think long and hard before viewing this. This is a story which may need to be told, but not to everyone.


Note from another of our reviewers: The Volunteer Film Reviewer above addressed the shocking nature of the content, but supports the film for treating the demonic as “real.” However, he goes on to say that the content may drown out the “God triumphs over Satan” message. I think the last sentence seriously misreads the film.

SPOILER alert. What I think a lot of Christians MISREAD about this film is that the exoricsm FAILS. Father Karras returns into Regan’s room to find the elder priest has died of a heart attack. In a fit of despair he invites the demon to leave the girl and enter him and then either commits suicide or is driven out the window by the demon.

As if to reinforce that this ending is not happy, Friedkin has a priest try to offer confession to Karras before he dies (he fails). The implication is clear: Father Karras has gotten the demon to leave Regan, but at what cost? At best Father Karras has defeated or tricked the demon on his own; at worst, he has failed to realize that he, not Regan, was the ultimate target, and in trying to take matters into his own hands has fallen prey to the demon and been defeated.

I see no way to read this film as a victory of God over Satan… those that do focus only on Regan and the fact that she is no longer possessed at the end of the film. But I would reiterate: the demon has not left her because he was defeated, he left because he was victorious at breaking Father Karras’s spirit and getting him to invite the demon into himself.
Dr. Kenneth R. Morefield

I just wanted to say I agree 100% with Dr. Morefield. The movie does NOT portray Jesus winning in the end, nor His victory over Satan. Everyone seems to breath a sigh of relief when the young girl is freed, not taking notice of the fact the priest has just allowed himself to be possessed and thrown himself out a window, while another lays dead. A look deeper into the films and the individual’s inner struggles does suggest that the demon was after him the entire time.

In the end it is not Jesus who frees this child from the possession, rather a man using human emotion and strength to openly invite a power beyond human control into him. This movie in no way had a positive effect on me, gave me no hope or reassurance in Christ, rather left me with questions and confusion. To someone not firm in their faith (I wasn’t at the time I viewed this film), it could serve as a confusion and perhaps even fear-driving tool.

Dr.Morefield’s review addressed the problem exactly where it lies, and where many overlook.
My Ratings: [Extremely Offensive / 4]
L.Harlow, age 18
Neutral
Neutral—“The Exorcist” is undoubtedly a masterpiece of cinema. I remember first watching it when I was a teenager and an avowed atheist and materialist. I found the movie gripping and powerful, and it awakened me to the possible existence of a spiritual dimension. However, the movie dwells more on the dark side of the spirit world and the dirty works of Satan and his minions.

The movie’s positive side is that it exposes a lot of the devices and wiles of the devil which the Bible tells us not to be ignorant of (2 Cor 2:11). One such instance is when the demon speaks to the priest in the voice of his deceased mother to make him feel guilty for abandoning her and to put him under condemnation. However, there is no condemnation for those who believe in Jesus Christ (Romans 8:1).

The negative side of some Catholic movies like “The Exorcist” and “The Omen” is that they do not end on a redemptive note. They portray evil as powerful and almost invincible. In the movie, the only way the priest can exorcise the demon from the girl is by allowing himself to be possessed! This is a fallacy as no demon can possess a saved child of God, though they can oppress them to some degree. The Lord has given Christians authority over all the power of the Enemy (Luke 10:19). We only have to use the powerful spiritual weapons he has given us (2 Corinthians 10:4).

While the Bible focuses a lot on spiritual warfare, it ends on a positive and redemptive note with the ultimate defeat of evil and the destiny of Satan in the Lake of Fire (Rev. 20:10).

From a biblical perspective movies like “Ben Hur” and “The Cross and the Switchblade” are more inspiring and show the overcoming power of good over evil. Through Jesus, we are on the winning side of the great spiritual battle of the cosmos.
My Ratings: Moral rating: Offensive / Moviemaking quality: 5
Uday, age 52 (India)
Negative
Negative— …Why was a there masturbation scene included in the film involving a Crucifix and a little girl? And the gore and blood in that scene from her private area and the language having to do with sexual references against Christ Jesus God. Jesus The Christ spoke of satan and demons. Of course they are real (they exist) and are real enemies of God. But what does this movie have to do with what Jesus Christ taught about His enemies in the spiritual realm? does this movie match Christ’s WORD about His enemies or was it a shock movie out to $$cash$$ in? Who is William Peter Blatty? What was his motivation? To get those outside of Christ closer to His Eternal Love, Grace, and Mercy?

Or was it a clever scheme to $cash$ in? The movie is the worst film ever made. Jews under the first covenant don’t even say God’s name in Fear, Respect, and awe of Him. Yet this movie shows a gore pornographic scene of a little girl masturbating to a crucifix getting utterly bloody while chanting curse sex language about having sexual relations with God Himself. I’m trying to be careful with my wording, but describing the movie is difficult without being possibly offensive, given the nature of the film. The film is not Christian. I’m actually less offended living in a homosexual district of San Diego and seeing men do stuff in the park while walking my dog than I am of this film. …
My Ratings: Extremely Offensive / 1

Wiley Charles Tuten, age 33
Comments from young people
As mentioned in the review, this movie does not say that Christianity is not real. It supports it despite the graphical images such as the girl masturbating with a crucifix. I heard it was rated the scariest movie ever made and it certainly was out of all the scary movies I’ve seen! Even though it did have some offensive scenes in it, if we as Christians believe that demons can inhabit people and that they can do things that were done in the film, I think the movie would not be as powerful if those scenes were left out. The movie is much more scarier (I think) if you believe that stuff is possible. Definitely don’t let children see this movie and be prepared for a freaky night as you go to sleep after you’ve watched it!
My Ratings: [3/4]

Rob, age 19
Absolutely the freakiest movie I have ever seen. It wasn’t so much scary as just really messed up, but through it all is a common thread: Christianity is real. That’s the only thing that relieves some of the could-be extraordinarily offensive scenes. When one remembers that a demon is in this girl’s body, it’s frightening instead of offensive. Very graphic, very disturbing, but gives the message that Jesus can save us from demons, which I think needs to be expressed.
My Ratings: [4/4]

Chris St. Pierre, age 18
Positive—I thought “The Exorcist” was an excellent film—it was well made, and Biblical. The movie is definitely shocking. Some of the scenes, because of the extremity, almost brought tears to my eyes. The more you acknowledge God and the spirit world, the more intense “The Exorcist” is.

Cases of demonic possession are mentioned in the New Testament, and if you look closely, you’ll see they are parrelled as shown in the movie. Mark 5:1-13 gives an account of this, and how the evil spirit would rather enter in something else and have it die than be sent to the abyss. It’s interesting how this was incorporated into the movie. Later in Mark 9:17-29 Jesus again casts out a demon. The interesting part about this is that His disciples could not do it; only when Jesus confronted him did it leave. That explains why the priests in the movie had such a difficult time. Also, notice Father Karaes’ state of faith in the Lord, and how that affects his ability to deal with the demon. See all »
Exorcism in the Roman Catholic Church isn’t really a topic of everyday conversation because there isn’t a whole lot of [obvious] demonic possession in the Western world. [Perhaps] this is because Christianity has been so prevelant throughout the ages. There is in places like Haiti and India, though, so it is a real problem. I read the RCC’s guidelines, and they seemed pretty good—they required the priest to fast, pray for faith, personal protection, etc.

It is not by any means a movie for children. There’s no question about that. And it shouldn’t offend a mature Christian. It’s not about random and senseless acts of sin like most movies, it’s the direct activity of Satan. It shows how he acts, and how much he hates Jesus. In the end, though, he knows he must submit to God Almighty, who gave His life so that we may live with Him forever.
My Ratings: [4/5]