for some sex-related material. 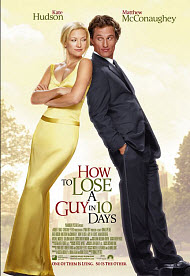 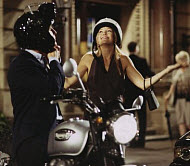 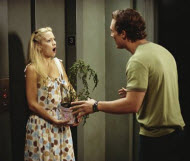 Why should I save sex for marriage? 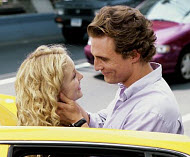 Under what conditions may Christians divorce and remarry? 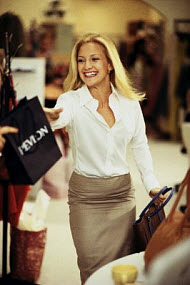 “One of them is lying. So is the other.”

If you enjoy a good laugh and a warm fuzzy, you will be delighted with this film. “How to Lose a Guy in 10 Days” provides an entertaining and sweet alternative to the average “boy meets girl, girl doesn’t like boy, boy and girl struggle but eventually like each other and live happily ever after” formula.

Andie Anderson (Kate Hudson) is an author for a trendy women’s magazine. Her current assignment—find a guy, start dating him, and then sabotage the relationship by doing all of the things women unknowingly do that drive men away. The catch—she only has 10 days to do it. Enter Ben Berry, an advertising “idea man” who, in order to win a new client, accepts a bet that he can make ANY woman fall in love with him—also in 10 days.

The two are thrown together and the result is an often hilarious back and forth exchange of Andie’s wild antics and Ben’s “Think Long-Term” schooled reactions. Keeping his end prize in sight (the new account), Ben is able to deal with most of what Andie dishes out. But at the end of that week and a half, both are surprised to find themselves in love.

From a Biblical perspective this movie has flaws. The Bible tells us not to bear false witness. Although in the end, Andie and Ben confess and apologize, both characters start the relationship in deception and are dishonest throughout much of the film (the very plot of the movie is based on deception). However, “How to Lose a Guy…” doesn’t glamourize lying. We do see the ugly side of the lies, when each of the characters is faced not only with the pain of betrayal, but the guilt of having betrayed.

There are several instances of bad language, much of it is associated with a card game. Ephesians 4:29 tells us…

“…not to let any unwholesome talk come out of our mouths, but only what is helpful for building others up…”

On a positive note, the movie provides an example of how we should all treat our relationships. Matthew McConaughey’s character, although motivated by the wrong reasons, has hit on something that we can all benefit from—thinking about what we do or say before we actually act. God tells us in 1 Corinthians 13…

“Love is patient… It is not rude, it is not self-seeking, it is not easily angered, it keeps no record of wrongs… It always protects, always trusts, always hopes, always perserveres.”

Instead of reacting in anger, as most of us would initially want to do, Ben Berry took a moment to tell himself, “Think long-term,” and made an effort to be loving even when Andie Anderson was not making herself easy to love.

Bottomline: A funny movie for mature viewers, as it deals with more adult topics (there are some sexual references).

Positive
Positive—An entertaining romantic comedy, but as usual laced with profanity and sexual innuendo. I recommend it for its entertainment value, but be prepared for the usual PG-13 material.
My Ratings: [Average / 3]

Kevin Burk, age 32
Positive—I have been a Christian for 15 years, and I am becoming increasingly sensitive to sex, violence and glaringly ungodly behavior in movies. “How to Lose a Guy in 10 Days” was absolutely wonderful—even my husband enjoyed it. I especially liked Andie and Ben’s resisting temptation to have sex. Ben continues to show patience toward Andie, even when she is utterly unlovable (even she is amazed).

The only moral drawback to the movie is the premise that their actions are motivated by the desire to win their respective bets, and therefore, they decieve the other into believing they are something they are not. But, overall, it was a funny, lighthearted and romantic movie that should be welcomed in today’s air of violence, sex, foul language, murder, and rape.
My Ratings: [Better than Average / 4]

Christine, age 34
Positive—It seems that Hollywood has found romantic comedies the current trend and after seeing a string of really stupid ones, this one was nice. “How To Lose A Guy…” is very funny and lighthearted, but it is predictable and has some questionable material, such as Andie naming Ben’s anatomy and other innuendoes. I would suggest it simply because it is cleaner than other current releases such as “The Hot Chick,” “Just Married,” and “Two Weeks Notice.”
My Ratings: [Average / 3]

Jess, age 21
Negative
Negative—I find it incredible that the bottom line review published for this movie says that this is a very funny movie, appropriate for more mature viewers as it deals with more adult topics (there are some sexual references)… Either the movie is acceptable from a Christian standard or it isn’t… there’s no inbetween with God’s standard.


II Corinthians 10:3-5 says: For though we walk in the flesh, we do not war according to the flesh, for the weapons of our warfare are not of the flesh, but divinely powerful for the destruction of fortresses (strongholds KJV). We are destroying speculations (imaginations KJV) and every lofty thing raised up against the knowledge of God and we are taking “EVERY” THOUGHT CAPTIVE to the obedience of Christ.

There are all sorts of sexual innuendos in this film (including gay jokes and “performance” quips). 30 s-words and several misuses of God’s name and two abuses of Jesus’ name. Alcohol is everywhere (bottle of Skyy vodka displayed while Andie and friend sun themselves while drinking martinis. They drink champagne, wine, beer and mixed drinks. Gambling is another problem.

This is supposed to be a tender love story, but what kind of person would be so deceptive, selfish and cold as to accept a writing assignment that involved using and abusing an unsuspecting soul? What kind of person would make a wager based on manipulating another’s emotions and trust? Foul language, alcohol abuse, and sex talk will make mature Christians want to leave this movie in 10 minutes. Christians, brothers and sisters in Christ, I beg you to re-evaluate what you allow to influence you. The eyes are the windows of the soul.
My Ratings: [Extremely Offensive / 1]

Alice Barsegian, age 42
Negative—I watched this movie and was absolutely disgusted. There were so many references to sex and “male parts” that I was honestly shocked! I am extremely disappointed that people actually wrote that this was a good movie!
My Ratings: Moral rating: Very Offensive / Moviemaking quality: 4