What is adultery? Answer 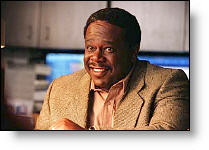 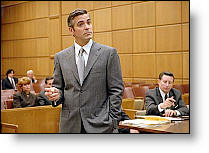 Is there such a thing as cruelty that can be tolerated? Isn’t all spiteful malice considered intolerable? Otherwise it couldn’t be called cruelty. Right? If you disagree, this tenth Coen Brothers feature film “Intolerable Cruelty” with its wit and humor may fit into that category, crafting cruelty in its subject matter, but making it tolerable—even enjoyable—for its audience.

Heartless divorce lawyer Miles Massey (George Clooney) twists truth and manipulates facts, winning cases for his clients and fortunes for himself. Bored with his work and his riches he becomes “fascinated” by Marilyn Rexroth (Catherine Zeta Jones) whose interest lies in marrying and divorcing unsuspecting rich men solely to get their money. But when Miles and Marilyn meet, their chemistry results in more than either of them bargain for.

Some scenarios presented throughout this romantic comedy deal not only with divorce, but with situations that lead to divorce—namely, extramarital affairs. In the opening scene, Donovan Donaly (Geoffrey Rush) intrudes upon his wife having an affair with the pool man. This scene, like a couple others, refrains from showing any nudity—though some are clad only in underwear.

Additionally, some of the jokes revolve around sex, and some of the language is profane. There is also a surprising incident of violence where a character is accidentally shot and killed. The shock of the event really catches the audience off guard and somehow (perhaps due to the over-the-top style of the film) manages to keep comedy as the focus.

Above these things, this film has something previous Coen Brothers’ comedies haven’t had since “Raising Arizona”: heart. Dealing with an assortment of ugliness in bad marriage relationships, the film ultimately celebrates trust and unconditional love. The audience is able to endear themselves to our main character through his change as he asks, “What ever happened to love?” and soon after declares, “Love is good.”

Decorated with dexterous dialogue, this film is highly entertaining. There is a court scene with clever word play comparable to the famous Abbot and Costello “Who’s On First?” banter. Lots of laughs are to be had throughout this film, while proving to have its sensitive side and capped with favorable goodness.

Negative—The overall theme, to choose love over money, was good, but this film had some weird aspects along the way. Don’t expect realism at all; they go above and beyond to try and get laughs, always keeping the atmosphere very light and somewhat unbelievable. Sex is a prominent theme, as is discarding people along the way after their use to you is fulfilled. Even though the main charactors change their ways somewhat by the end, they never repent about certain things they did that were definitely wrong, specifically of their treatment toward other people. This movie was somewhat entertaining, but the ending is obvious and it drags in places.
My Ratings: [Very Offensive / 3]

Janna Beth Cobb, age 19
Neutral—This film was degrading in every sense of the word. My wife and I walked out 3/4 of the way through. We only stayed this long because we thought it would get better, but it never did.
My Ratings: [Extremely Offensive / 1]

Tim Wiebe, age 40
Neutral—I thought this film was rather weak. When the main character Miles Massey meets his nemisis Marilyn Rexroth in a legal meeting it is pretty clear that he likes her on the basis of how she looks. There isn’t much time to establish a meaningful relationship. Compared with (say) Pretty Woman or Notting Hill, where there is romantic tension between the two main characters developing throughout the film, this is pretty weak. Also compare with One Fine Day where Clooney and Pfiefer star—they carry you along as their relationship develops.

I am sure these two are fine actors and have done some great movies but there is no obvious chemistry between them. I didn’t really care if they got together or not. In fact, I thought they both came across as being more interested in themselves.

The underlying message about the importance of commitment etc doesn’t come through that strongly, and I suspect I wouldn’t have picked it up had I not read the review on this site before going.
My Ratings: [Average / 2]

Richard Hulse, age 40
Negative—I watched this movie on an airplane, which means I saw the “edited” version. And it was still offensive! The only positive with respect to watching it is that I can warn other believers not to watch this deplorable attempt at a movie. The story line is unbelievable and twisted. Nothing redeeming about this movie.
My Ratings: [Very Offensive/1]

Rebekka, age 21
Comments from young people
Positive—I watched an edited version of this from Cleanfilms.com but I found it to be a very good and funny movie. As for inappropriate content, I cannot say because it was a cleaned up version.
My Ratings: [Good/3]

Mariette, age 14
Negative—…I saw nothing worth watching. I went with a few of my friends and ended up leaving the theater 20 minutes into the movie. I cannot even tell you how much profanity was used in the first twenty minutes. There was no reason to have the language because it did not add to the film but only took away. Maybe it got funny later, but within the first twenty minutes there were maybe 2 funny scenes, and to be honest, I can’t even remember what ones they were (if there even were any).

It was long and boring and though it may have a moral message at the end, I find it hardly worth spending $8 on to see it in the theater… rent it on DVD or skip it all together. It was a waste of my night.
My Ratings: [Very Offensive / 3]

Stephen Pickering, age 18
Movie Critics
…the film ultimately elevates marriage by showing that love-true, faithful, marital love-is not only desirable, but can survive the most damaging circumstances given a strong commitment by both parties…

Loren Eaton, Plugged In
…Screwball comedy is a matter of characters, style, pace and great lines; “Intolerable Cruelty” has them all…

Steve Murray, Atlanta Journal-Constitution
…It’s a romantic cat and mouse game that lets itself get sidetracked and eventually runs out of steam before the final credits…