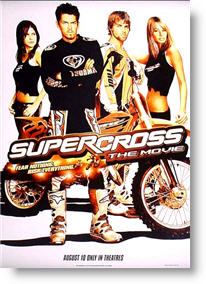 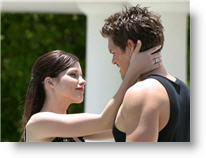 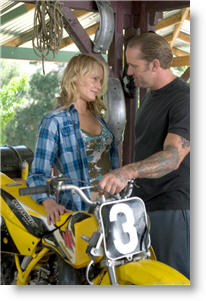 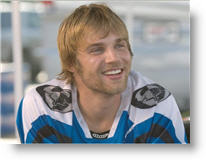 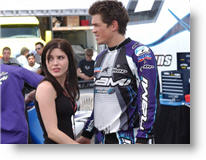 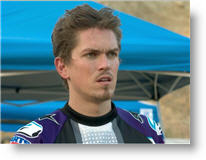 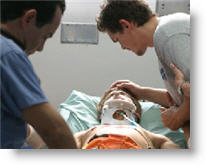 Fear nothing. Risk everything.

Here’s what the distributor says about their film: “Faced with the suspicious death of their father, two brothers must motivate one another to get back on their bikes and take the Las Vegas Motocross Championships by storm. They overcome emotional and physical obstacles to achieve success in the competitive world of Supercross racing. The brothers’ conflicts are magnified by their different life choices and their decision to become competitors and rivals. KC Carlyle is a more cautious rider than his younger brother Trip, who has more natural talent but takes too many risks.

When KC gets an all-expenses paid “factory”—corporate sponsored—ride, a rift forms between the two brothers. Trip is forced to go at it alone, becoming a “privateer”—a rider without a sponsor. But when a career threatening crash ends Trip’s Supercross career, he and KC realize that they must put aside their conflicts, and work together to help KC defeat the world’s greatest Supercross champions.”

Neutral—Supercross was like any other extreme sport movie I’ve seen: no real plot, no building up the characters, cheesy music, and predictable outcomes. However, I like to see when one person sacrifices his success to help another.
My Ratings: Average / 3

Jen, age 28
Movie Critics
…this action-packed dirt bike adventure is way too formulaic for even the dopiest of dopes…

Chelsea Bain, Boston Herald
…advertainment to the extreme… any real sort of plotting or character development appears to have been left on the cutting-room floor…

Michael Rechtshaffen, The Hollywood Reporter
…The most amazing fact about Supercross is that it took three people to write it. Two chimpanzees with a typewriter could have done just as good a job…

Jamie Maxfield, Plugged In
…The movie’s biggest drawback is a failure to deliver what’s promised…