Are We Done Yet?

for some innuendos and brief language 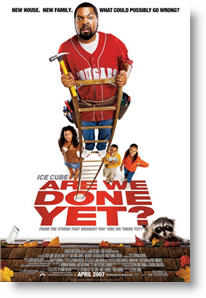 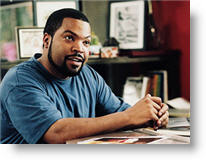 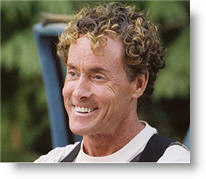 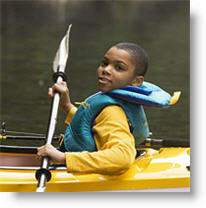 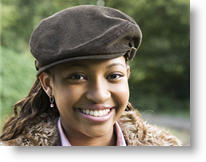 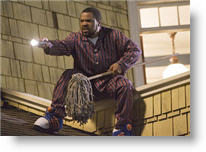 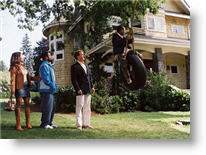 See our review of the prequel to this film: Are We There Yet?

“Are We Done Yet?” is a retelling of the classic movie, “Mr. Blandings Builds His Dream House,” starring Carey Grant. Of course, the house is in much worse condition then thought, and it ends up being completely rebuilt. This movie was remade in 1986 as the “Money Pit” and starred Tom Hanks and Shelley Long. The 1986 movie took a contemporary twist; Shelley Long was divorced and engaged to Tom Hanks.

“Are We Done Yet?” takes another twist in the old plot—stepchildren. Nick Persons (Ice Cube) marries Suzanne (Nia Long) who has two children, Lindsey and Kevin (played by Aleisha Allen and Phillip Daniel Bolden), and Suzanne is pregnant. Their small city apartment is too small for their growing family. They buy a house in the country, and, of course, their dream house isn’t in the condition they thought. Realtor/Contractor/City Inspector/Midwife Chuck (played by John C. McGinley) is a constant source of aggravation for Nick; however, Suzanne and the children love Chuck. As the movie unfolds, the house is in need of extensive renovations and living in the country isn’t exactly what Nick thought.

LANGUAGE: Surprisingly, there were no actual swear words in this movie. However, the phrase “Oh my God” was said repeatedly. In addition, there were several sexual innuendos. When Suzanne tells Nick she is pregnant, his response was “By Who?” Nick and Suzanne talk about the “rooms that need breaking in.” When a raccoon is eating Nick’s corn nuts, he says “You should know not to mess with a man’s nuts.” When Nick gives some contractors hospital booties to wear, one of them says “nice bootie” in Lindsey’s direction. The word “sucker” is used. There were also several instances when the children were just downright disrespectful. Lindsey tells Nick she hates him.

VIOLENCE: There are a few scenes where wild animals growl (a deer and raccoon). It is very unnatural looking and may scare little children. A chandelier falls on the table while they are praying, and then the table collapses. Nick falls through the roof. Nick is holding a chipmunk when a hawk swoops in and grabs it. There are random construction mishaps that occur throughout the film. Nick swings a board at Chuck, and they fight. Nick and Suzanne verbally fight. Nick is chased by a group of bats.

NUDITY: Suzanne is shown in nightgowns revealing cleavage several times throughout the film. In one scene the nightgown is falling off. Suzanne’s pregnant belly is exposed. Lindsey is ready to go to school in a skimpy outfit. Chuck’s swim trunks are low around the waist. You see a construction worker bending over with his pants too low.

OTHER: Nick is shown drinking in a bar. When he finds out they are having twins, he begins to drink everything in sight. Lindsey sneaks out of the house to go to a party.

A reference is made to Chuck studying with his holiness, and a photo is shown of Chuck in a white robe (monk). Chuck “knows” that Suzanne is pregnant and touches her stomach and “knows” that it is twins. He asks if they want to know the sexes of the babies. He then correctly gives them advice not to paint the nursery pink. Suzanne and the kids move out of the main house and into a gate house. There are blind plumbers in the movie. I’m not even sure why they were there, but it wasn’t funny—it was just stupid. Nick farts.

Lindsey begins to say grace at supper and uses the pray to complain about Nick. Nick then begins to pray and uses it to sermonize to the kids.

Suzanne goes into labor, and although they don’t show the actual birth, they may show more than you may want your children to see. She is shown breathing heavy, with her legs spread apart. Chuck and Nick are talking on the phone, and Chuck asks if Nick can see the head. I personally was worried about how far they would take this scene, and then they cut away.

There are some positive aspects of this film. Nick learns that to bond you have to spend time together. He begins to try to talk to the kids. He even goes fishing with Kevin. Nick also patches things up with Chuck, and they work together to complete the house. The young man that Lindsey sneaks out with apologizes to Nick.

You are supposed to come away from this movie feeling like this family learned how to get along and how to be a family. You are supposed to have a warm fuzzy feeling. In this movie, even the foundation of the house was bad. The Bible says, “The rain came down, the streams rose, and the winds blew and beat against that house; yet it did not fall, because it had its foundation on the rock (Matthew 7:25), and that foundation is Jesus Christ. I can’t help but think that many families will watch this film and think maybe their family can learn something from this movie. However, God is the creator of the family and only by having a relationship with Jesus Christ can your family begin to be the family that God intended.

Overall, this movie was cleaner then I thought it would be, but it still was just stupid attempts at humor. My family was surprised at the fact that there were parts that they laughed at, but my recommendation is to see one of the originals before seeing this cheesy remake.

Negative—This movie was completely pointless! I was forced into watching both this one and the first one and this. The acting is terrible (my kids are better), and the whole plot to the story was nonsense. I do NOT recommend this movie to anyone, it’s not worth the seven dollars, save your cash.
My Ratings: Extremely Offensive / 1

Jack, age 30
Negative—Horrible! I was looking for a comedy, and from the commercials it looked like it would be funny. However, the main character Ice Cube is such a bad actor, the movie was not funny or interesting. He was monotone throughout the movie, and the lack of expression made the film and the punchlines end without the punch. He just did not suit the part at all. The only good part of the movie is the realtor who was able to redeem the movie for a few smiles, but no laughs here. The movie, overall, was just plain boring and a waste of money.
My Ratings: Better than Average / 3

Barbara Vancheri, Pittsburgh Post-Gazette
…just an excuse for indifferently executed slapstick involving Ice Cube, who contributes little more than a series of snarls and scowls to the proceedings…

Daniel Eagan, International Film Journal
…The film may start out with a little dry-rot (disrespectful children and skewed parental priorities), but it ends with positive choices, forgiveness and family unity…

Bob Hoose, Plugged In
…Nothing is very funny in this movie, and everything is predictable…

Marjorie Baumgarten, Austin Chronicle
Comments from young people
Neutral—…this movie was a bit odd. And by odd I mean, weird. I LOVED the first one but I thought this one was a bit cheesey. I hated the curly haired creepy dude although he was sometimes funny, I didn’t much like the character. Ice Cube does an EXCELLENT job with his chracter! …But, I certainly recommend other movies such as Harry Potter and the Order of the Phoenix, Pirates of the Caribbean: At world’s end, Miss Potter and dozens of others that were better than this film. It wasn’t boring just a bit… I don’t know. Weird. …I’d wait to get it at the Library.
My Ratings: Average / 3½

Emily, age 12
Negative—I was excited to see this movie because I saw the first one with my younger siblings and I enjoyed it. But to my surprise, this one was terrible! Its plot wasn’t very good, the actors couldn’t act, and it was very predictable. The only good thing was the message that came along throughout this very slow placed movie. That as a family, you should stick together. Other than that, it wasn’t very good. If you really want to see the second one because you saw the first one, I recommend you rent it. It will be a lot cheaper.
My Ratings: Moral rating: Better than Average / Moviemaking quality: 4½