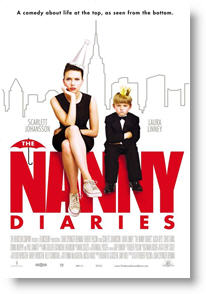 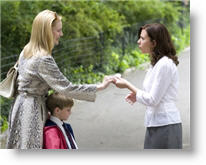 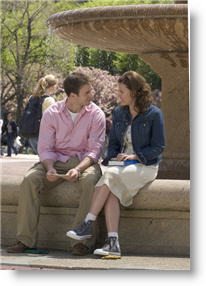 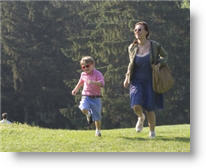 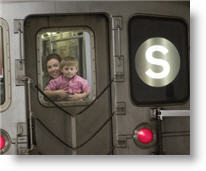 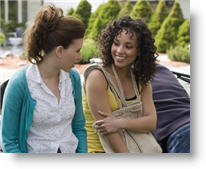 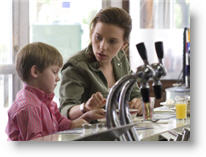 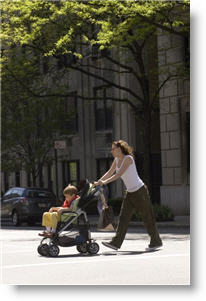 “A comedy about life at the top, as seen from the bottom.”

Here’s what the distributor says about their film: “Based on Nicola Kraus and Emma McLaughlin’s popular satirical novel, the film stars Scarlett Johansson as a working-class woman from New Jersey who becomes a nanny to a wealthy Manhattan family. A 21-year-old New York University student (Johansson) goes to work as a nanny for a rich New York family. Ensconced in their home, she has to juggle their dysfunction, her studies, a new romance, and the spoiled brat in her charge.”

This movie started out with a newly graduated girl looking for a place in the world. She is raised by her single mother, of whom wants her desperately to “do better than she did.” While trying to figure out what is the right path, she happens upon an opportunity to try something totally new… being a Nanny.

The story is very neatly presented in resume form, as the main character Annie (Scarlett Johansson), gives the details of her experience. She thinks this slight detour on living life will give her some perspective on life. Instead, it causes her to get caught up in a family that she really doesn’t want to be a part of.

The movie takes place in New York. Annie finds herself in a big city, working for someone who is an overprotective disengaged wife and mother “Mrs. X” (Laura Linney), and a workaholic, adulterous husband “Mr. X” (Paul Giamatti). She tries to make a difference in the poor falling apart family, and finds herself stuck between a child she is starting to love, and living her life.

The movie is morally okay. I would not take my kids to see it though. The lacking parenting skills aside, there are many things about the movie that I did not care for. The father is caught by Annie kissing on an assistant. He then steps over the line when he makes a pass at her. There is one scene where the little boy pulls Annie’s pants down to “break her in.” Annie uses the f-bomb when she is made fun of by a love interest’s “Harvard Hottie” (Chris Evans) friends. Annie’s best friend “Lynette” (Alicia Keyes) also moves to the city to attend grad school and finds a gay roommate in which there is a scene where he is pretending to be Lynette’s boyfriend. There is one scene where it’s implied that Harvard Hottie and Annie sleep together.

All in all this movie was funny, lighthearted, and sweet. It ends well and despite all of the unnecessary profanity and ugliness, it was good. I would definitely NOT let a child see this.

Comments available:
Positive
Positive—I viewed this film with our 20 year-old daughter and we both found it delightful. The main character, Nanny, (Scarlet Johanssen) paints a picture of this age group and the pressures they face as women college graduates in this era. As Nanny graduates from a prestigious university with a double major, she faces pressure from her working class single mother and all the role models offered to her, to use her degree to find a high paying job. Instead, she follows her God-given drive to nurture and becomes a nanny, after an encounter with a charming little boy and his mother in Central Park.

Her uber-rich new employer (Mr. and Mrs. X of Upper East side NYC) use video surveillance to monitor her behavior while she cares for their young son. Nanny exhibits love, joy and acceptance of her charge, devoting herself 24/7 to his care, while his mother obeys a strict social law of detachment and selfish pursuits. Unbeknownst to them, Nanny uses her education in anthropology to observe their behavior as a social class and draws some conclusions that bring clarity to herself and to her employers. The movie ends with a positive outcome—Nanny and her employer both grow from having known each other and make new choices for themselves that bring greater fulfillment and happiness.

There are some uncomfortable moments in the movie. Nanny knows that her mother will be disappointed that she took a job as a “domestic” with her college degree instead of a high paying job, so she lies to her until she is found out later in the movie. Nanny’s girlfriend has many boyfriends, and ends up living with one of them outside of marriage. Nanny meets a young man who she kisses in the apartment hallway and then they go into his apartment, presumably to carry on their lovemaking. Nanny’s employer (Mr. X) makes a sexual advance towards her, which she rebuffs and flees from (Like Joseph and Potiphar’s wife) Also, Mr. X has a kissing session with one of his female colleagues in his office, which Nanny stumbles into by accident.

Overall, I think this movie paints an honest portrait of a young woman of today, the pressures she faces, her choices (mixed) of how to handle them, and her humor and good heart. It’s also a fascinating peek into the lives of the people who live “at the top”! Enjoy!
My Ratings: Average / 4

Holly, age 51
Negative
Negative—This movie was very disappointing. I saw it in a theater full of girls, ages generally ten to twenty, and a few couples. The movie was produced, directed, and acted very well. I was not disappointed in any of those areas. Scarlett Johansson was very believable as a confused college graduate who needed to find herself. But I shuttered that the preteen children in the audience were clearly taught that going to bed with a guy is a great fun evening. The confusing message of “finding ourselves” by cutting off communication with her mother and hooking up with a guy who just wanted her around as a plaything for his vacation, was truly sad. The promise of this relationship looked just like the terrible one she saw in family she was being a nanny for. Was hooking up with a loser a way, to find herself, or maybe just the sex with him, now that she had moved out of her mother’s house. Sorry, but I can’t recommend this for any age. It simply is not entertaining, but it is depressing in the lack of insight and judgment which it taught as giving her meaning in life.
My Ratings: Offensive / 3½

John Fox, age 54
Negative—Of all the movies (4) playing at our local theater, this was the only movie that looked like it might be OK… So, I thought it would be safe to go see it. Unfortunately, I was wrong. Here’s the vocabulary scorecard: S-word spoken 9 times. F-word (1). A** (4—apparently acceptable these days). A**-h*** (3). And the worst of all? God’s name used in vain! It is an abomination.

I would definitely NOT recommend this movie to anyone walking the Christian path and wanting to abstain from entertainment that uses God’s name in vain. I was shocked and my wife was too. And, not in a good way.

As for morality, there is premarital relations, adultery, dishonoring one’s mother, mass consumption of alcohol, child neglect and abuse, blatant disregard for the parental roles that God’s word teaches, and an overall disregard for all of God’s creatures.

Now, to show that I can be fair and balanced… The acting was not bad. The small child was by far the best actor in the movie. However, some of the other characters, including the nanny herself were “one trick ponies” with facial expressions and line delivery. The acting was so bad in places, it was distracting. Some scenes were poorly placed (like one where the nanny is yelling at moms face to face, then suddenly the moms are not there), with no explanation that it is also distracting. However, the story line was a solid one, once you get past the first 5 minutes.

The mother in the story begins as a self-centered, cruel, poor excuse of a human, but in the end does a full 180 and begins to place her child in higher priority than herself. The nanny begins by lying to her own mother, but does eventually get “caught” (due to the illness of the child) and does finally tell the mom the truth. Still, after lying to her mom through the whole movie, she is left with an imbedded sense of remorse, which is positive. She appears to be right on the border of repentance.

Paul, age 38
Negative—My Christian friends recommended this movie, and I’m sad to say, I was extremely let down. As mentioned above, the constant use of God’s name in va5n was offensive, not to mention SEVERAL other expletives. Since it was a PG-13 movie, I encouraged my 13 year old to watch, thinking it would be a cute, coming of age story. Needless to say, I made her leave after the first 30 minutes. Again, as is common in Hollywood, what COULD have been a light, fun, entertaining comedy turned out to be a waste of money. It had some redeeming qualities, but not enough to recommend to others.
My Ratings: Moral rating: Offensive / Moviemaking quality: 4

Michelle, age 35
Comments from non-viewers
I used to go to the theatre occasionally to see a movie that appeared to be “safe” but 9 times out of ten I was disappointed with myself for not checking it out first with one of these Christian sites. Now I just avoid that yucky feeling altogether by coming here and learning about it first. It’s kind of like going into a rattlesnake den. If 9 times out of 10 you get bit, you may want to make sure it’s safe before you enter again. Any movie that promotes immoral lifestyles, language or uses our Lord’s Name as a curse word is always EXTREMELY offensive to our Creator, Jesus Christ, who laid down His life to wash away our sins. It grieves Him when we keep wallowing in sinful pleasures, namely immoral movies. There should never be any room for compromise when it comes to the poisoning of our minds with worldly, sinful movies. That is harmful to our souls and causes back-sliding and unfruitfulness. One piece of advice, pray and ask God what He wants before you go.