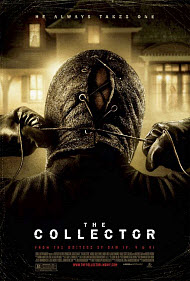 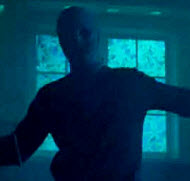 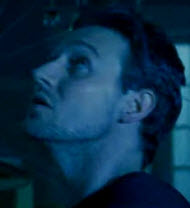 Debt in the Bible

FINANCES—How can I spend my money more wisely? Answer

CREDIT CARDS—Should a Christian have or use credit cards? Answer

MONEY in the Bible

Snares in the Bible

“He always takes one.”

Here’s what the distributor says about their film: “‘The Collector’ follows the story of handyman and ex-con Arkin, who aims to repay a debt to his ex-wife by robbing his new employer’s country home. Unfortunately, for Arkin, a far worse enemy has already laid claim to the property—and the family. As the seconds tick down to midnight, Arkin becomes a reluctant hero trapped by a masked ‘Collector’ in a maze of lethal invention—the Spanish Inquisition as imagined by Rube Goldberg—while trying to rescue the very family he came to rob.”

Editor’s Note: Bottomline—This perverse and violent movie is definitely one to avoid. We will not be screening this film. Be warned of the following content: pervasive sadistic bloody violence, including torture, impalement, neck breaking, finger cut off, intestines, self mutilation, stabbed in the eye, stabbed in the ear, animal killing, topless woman, hung by hook, gore, head bashed in, throat ripping, language, etc.

Movie Critics
…“The Collector” feels like the final, welcome nail in the bizarrely popular torture-porn coffin.

Marc Savlov, Austin Chronicle
…Hyper-violent slicer-dicer takes its time getting to the dismemberments, disembowelments and death by bear trap, but the execution, so to speak, is first-rate. Pic shows utter disregard for auds' gastrointestinal well-being…

Simon Abrams, Slant Magazine
Positive
Positive—When I was driving home from the theater, the significance of the spiders shown throughout finally hit me. They trap their prey and slowly mutilate them. So it is with the antagonist of “The Collector.” Hopefully, that gives some indication of the superfluous amount of grisly material.

Taking your child and I mean CHILD (anyone under 18) to this is as reckless as leaving them unattended in a remote corner of Wal-Mart. You just wouldn’t do it. So don’t take ‘em to this movie.

Nota Bene: The cat and the dog both have doubles listed in the credits. I think that’s AWESOME. Between that, the beats, and the eponymous boogeyman’s face, I award a whopping 7 outta 10.
My Ratings: Moral rating: Very Offensive / Moviemaking quality: 3½