for pervasive language, some strong sexuality including dialogue, nudity, and for drug content. 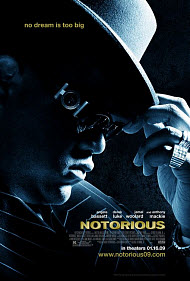 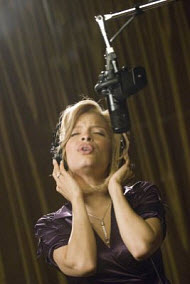 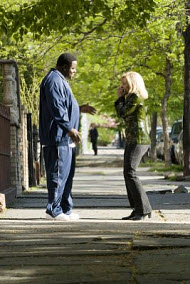 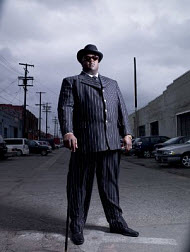 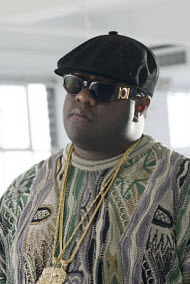 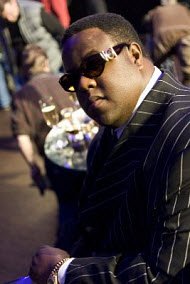 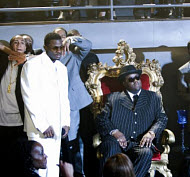 “No dream is too big”

Many times films are made specifically to honor heroes of the past. These films, contemporarily called “biopics,” celebrate historic icons by telling their life story. Often the subject of the film is shown going through many trials and tribulations, only to be redeemed either in his (or her) death, or in the changes made in his or her life. Famous biopics of the last ten years include such award winners as “Ray,” “Walk the Line,” and “Ali.” These films are proof that, when executed properly, biopics can be powerful films. Unfortunately, when miscalculated, they can result in movies like “Notorious,” the biopic of Christopher “Biggie Smalls” Wallace. While it does have a few bright spots, “Notorious” is ultimately an extremely profane look at a rapper from the 90’s that left me asking why exactly this movie was even necessary.

The story of Wallace is a tragic one: A young, promising rapper from the Bronx, New York, whose life was cut terribly short when he was shot at the age of 24. Wallace grew up without a father, and, despite a loving Christian mother, he found himself on the street dealing drugs for money. After several encounters with the law, Wallace gets out of the dealing business and hooks up with Sean “Puffy” Combs, the now world renown hip hop mogul. Together, they make Wallace a household name, but they also feud with rappers from the west coast which ultimately leads to the death of Wallace.

The positives from the film are clearly the performances. The actors in the film elevate what is otherwise mediocre material to a level that’s respectable. Jamal Woolard as Wallace is so spot on I thought he must have been related to the actual Wallace. His mannerisms and actions are not so much mimicry as they are an embodiment of the former rapper.

Also of redemptive note are two characters in the film. First is Wallace’s mother played by Angela Bassett. She tries her best to keep Wallace straight, by quoting him Scripture and keeping him in school. She also throws Wallace out of the house when he refuses to stop dealing drugs, and shows tough love by not bailing him out of jail. While stern, her love for her son is unconditional. The other character of note is Sean “Puffy” Combs played by Derek Luke. While not perfect, Combs always stays clear of the drugs and other illegal activities that plague Wallace. He encourages Wallace to do the same. Several times, Combs tells Wallace, “before we change the world, we’ve gotta change ourselves.”

Unfortunately, the negative elements far outweigh what little redemption there is in the film. The sexual content and language in “Notorious” are explicit and obscene. Even for a film that is set on the streets of New York, the content is of a gratuitous nature. Even more disturbing than that is the overall character of the lead, Wallace. I found myself wondering why this film was even made. I would hardly consider Wallace a person worthy of an entire film of celebration. He’s a guy who never really learns from his mistakes. He continually cheats on his wives and/or girlfriends, neglects his children, and resorts to drugs to fix his problems.

In First John, the apostle warns us of falling victim to “the lust of the flesh, lust of the eyes, and the pride of life.” Thism in modern terms, refers to the insatiable desire for sexual immorality, for money and other material things, as well as for power and fame. Chris “Biggie Smalls” Wallace fell prey to all three of these. If nothing else, “Notorious” is a strong lesson of the power of these lusts and how they can ruin someone’s life. And while the film tries to portray a turning point in his life, it’s never clear that Wallace freed himself from these lusts that had a hold on his life, and that’s never something that should make someone “Notorious.”

Comments below:
Positive
Positive—Its somewhat unfair to judge a person as extremely offensive when you are not familiar with their background and survival instincts, especially if this person happens to come from one of America’s inner-cities, the real ghetto—not just someone’s perception of “the ghetto.” Mr. Thompson starts off by incorrectly commenting that Christopher Wallace was from the Bronx. He was from Bedford-Stuyvesant, Brooklyn. A whole other inner-city.

In real life he was never portrayed as some righteous seeking do-gooder… that’s just not the REALITY OF LIFE coming from that neighborhood. Nonetheless, he was a black man in America, and undeniably another child of God trying to find his way in life. No model husband, or father, but without a doubt a man with an extremely good heart and sense of humor. An incredible lyricist and artist. The movie is no more than escapist entertainment. It is just another movie. Movies do not save the world. Jesus Christ does. …
My Ratings: Moral rating: Offensive / Moviemaking quality: 4

Stan N., age 46 (Brooklyn, NY, USA)
Neutral
Neutral—As a Christian, gangster rap is not something I have ever listened to, only a limited amount on the radio edited version. However, everyone knows the content, so to expect the movie to be any different would have been unrealistic. So, I expected profane language. What I didn’t expect, however, was the graphic, explicit sex scene. It was uncalled for and unnecessary.

Otherwise, I found the movie to be an interesting, glimpse into a different lifestyle and culture. I enjoyed the acting and was surprised to learn of the first-time actors.

Also, I would say it is not for children. Do not let your children watch this movie. We must watch the images we put before our children. The movie glorifies money and a lavish lifestyle, with a gotta have it any way you can get it attitude. It also excuses poor behavior, bad decisions and womanizing.
My Ratings: Moral rating: Very Offensive / Moviemaking quality: 4

Sharon, age 42 (USA)
Negative
Negative—I saw part of it, and then wondered at all why I even bought the ticket. Mostly out of curiosity, I think, as to why so many of the Black American community has put him on a “pedestal,” as it were. The man put out nothing of value in the music industry, short of lyrics that degraded women and society in general. Putting the blame on “white” Americans for the troubles and plight of Black Americans.
My Ratings: Moral rating: Offensive / Moviemaking quality: 2½