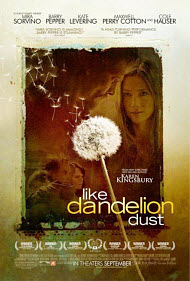 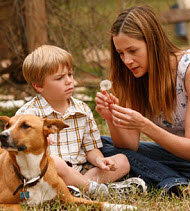 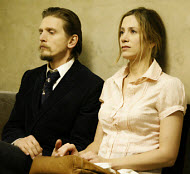 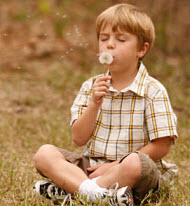 Here’s what the distributor says about their film: “When biological parents try to get their child back, a man and his wife must fight to retain custody of their adopted son.

Jack and Molly Campbell are enjoying an idyllic life with Joey, their six-year-old adopted son. One day, they learn that Joey’s biological father has just been released from prison and is ready to start life over with his wife and son. Despite a judgment upholding the father’s claim, Jack and Molly are not resolved to give Joey over to this brutal man.

A compelling drama that explores the different meanings of being a parent through the gritty, realistic lives of the struggling, blue-collar Porter’s, and the privileged Campbell family. Their lives intersect, intertwine and collide, all for the love of a little boy. This film bravely exposes the humanity in each character reminding us that we each have the potential to be the best and worst versions of ourselves at any time.

This film is based on the novel by Karen Kingsbury, Like Dandelion Dust, and was produced by the Christian organization, Downes Brothers Entertainment.”

Positive
Positive—This is a very compelling movie. Very well acted, with a good message about adoption. A few disturbing scenes where the biological father is drinking and hits his wife (biological mother). This is a very well made movie. Thumbs up.
My Ratings: Moral rating: Excellent! / Moviemaking quality: 4

David Kirk, age 51 (USA)
Positive—Although it is hard to watch at times, I did like this movie. I liked how it didn’t try to paint a clear, “now these are the bad guys, and these are the good guys.” Both couples had good and bad qualities about them. The ending was satisfying… you felt that the little boy ended up in the right place. Plus, unlike other movies that have been based off Christian books, all of the acting was excellent.
My Ratings: Moral rating: Better than Average / Moviemaking quality: 5

Esther Hobbes, age 18 (USA)
Neutral
Neutral—I saw this movie unaware it was a Christian drama, and only started to suspect it when the Christian sister character was introduced. Otherwise, it started out like a well produced independent film. The cinema quality was good, and the acting seemed solid, with a fairly well known actress in a lead part (Maria Sorvino). Most of the other actors/actresses were familiar faces as well.

***Warning—contains spoilers*** However, even before I suspected it was a Christian production (which unfortunately tends to jade my perspective), the believability of the plot was in question. I found it difficult to accept that any court or child welfare system would allow this scenario to occur. I also found the adopted parents legal challenges (considering their wealth) to be unrealistically weak and incomplete. Their later decision to run was baffling, in light of what I thought to be a “slam dunk” case for child abuse at the hands of the biological father.

Additionally, after Wendy was physically assaulted (for the second time) later in the film, I found it hard to believe that they would still need to legally sign over little Joey back to his adoptive parents. I also found the message of forgiveness in the midst of spousal abuse to have crossed the line of sensibility. Suggesting it’s being a good person (or wife) to hang around after a clear pattern of physical abuse has been established was sending a dangerous message.

Whatever the “help” they were seeking, it was clear that Wendy needed to be first separated from Rip—period. Overall, it played like a Hallmark/Lifetime production on a larger budget. I liked the technical qualities and acting, but the weak and improbable plot undermined what could have been a strong breakout Christian film.
My Ratings: Moral rating: Better than Average / Moviemaking quality: 4

Bruce, age 47 (USA)
Negative
Negative—This film is offensive because the producers took a pro-Christian novel with a positive message about God’s providence in our world and turned it into an ANTI-Christian sermon about a meddling Christian sister of the main character who turns her sister in to the authorities when she tries to save her son from being returned to an abusive father. The main characters NEVER see God working in their lives, in fact, they purposely exploit a mission’s trip to Haiti to take their son out of the country.

Those Christians who have read the novel beware: This is not the novel you read. The main characters never come to Christ and never acknowledge the error of their ways.

Technically, the film is good with terrific acting from Mira Sorvino and Barry Pepper. What a shame. This movie purposely perverts the pro-Christian message of the novel. Stay away from it! I have seen at least 20 Christian films, but never one that insults us as believers!
My Ratings: Moral rating: Very Offensive / Moviemaking quality: 3

John Dagostino, age 59 (USA)
Movie Critics
…There’s no denying that the acting in “Like Dandelion Dust”… is superb. …for those who like this genre of film, this one executes the formula very well.

Michael Ordoña, Los Angeles Times
…a hard movie to watch… while this isn’t being pigeonholed as a Christian film, solidly spiritual themes find their way to the screen. … It’s a moving, well-acted piece of cinema that if set down in the middle of 20 or so high-end Hallmark tearjerkers, it would gobble up two or three of them just for breakfast. …

Paul Asay, Plugged In
…the movie loses the courage of its convictions as it stumbles toward a greeting-card-caliber conclusion that negates many of those nuances. Only the sincere performances—particularly by Sorvino, Cotton and L. Scott Caldwell, as a compassionate social-services worker trying to help the boy and both his families—give “Like Dandelion Dust” the heart that the story lacks. …

Chris Foran, The Milwaukee-Wisconsin Journal Sentinel
A heart-wrenching adaptation… Viewers who are disappointed when a Christian-made film is overly preachy or puts its agenda ahead of its story will be happy to know that Dust does not remotely fall into those traps. [3/4]

Carolyn Arends, Christianity Today
…Although best suited for cable TV—Lifetime seems like a natural fit—Jon Gunn’s film benefits from a quartet of highly effective performances and an intriguing exploration of class issues that are too rarely dealt with in contemporary cinema. …

Frank Scheck, The Hollywood Reporter
…An on-the-nose though cathartically emotional melodrama giving Mira Sorvino her most substantial bigscreen role in years and featuring a head-turning performance by Barry Pepper. …