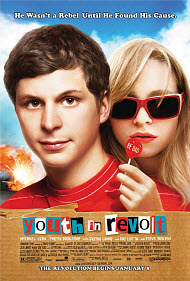 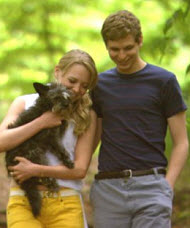 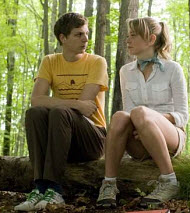 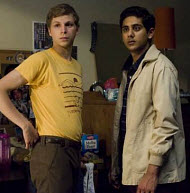 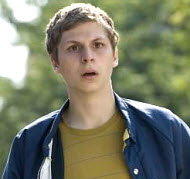 “He wasn’t a rebel until he found his cause.”

This film is based on a novel by C.D. Payne, Youth in Revolt: the Adventures of Nick Twisp.

At some point in recent movie history the hippie, indie, middle of nowhere romance coined by “Napoleon Dynamite” caught on like wildfire and dozens of movies have attempted to copy the seemingly one of a kind story with their own twists. “Youth in Revolt” follows suit, offers some laughs, but Youth’s version of Napoleon, although a similarly likeable underdog, loses the innocence by only thinking about and talking about sex for 90 straight minutes.

Should I save sex for marriage?

Nick Twisp (Michael Cera) is a lonely, geeky romantic obsessed with Frank Sinatra vinyl and sci-fi novels. His family is a wreck, he has few friends, but Nick really only cares about one thing: finding a girl to love him. When Nick’s “family” has to travel to a campground for a week to get out of the house, Nick finds Sheeni, the love of his life, who’s obsessed with everything Nick is not. In order to become the French Don Juan Shenni desires, Nick has to create a supplementary persona: Francois Dillinger.

“Youth in Revolt” centers its story around Michael Cera’s typecast role as the awkward, coming of age teen who is in over his head in all senses of the phrase. Thankfully, he plays this character better than anyone in Hollywood, and his performance is fairly enjoyable, yet again. The script and story, however, suffer from simplicity, and rely a bit too heavily on Cera to carry it from minute 1 until the credits. Portia Doubleday turns in a fun performance and has entertaining chemistry with Cera, but the parts portrayed by Steve Buscemi, Jean Smart, Zach Galifianakis, Ray Liotta, Justin Long, and Fred Willard are more awkward and strange than funny, and only distract from what you really care about in the film.

M. Emmet Walsh and Mary Kay Place unfortunately are two double-edged swords of negativity in the film. For starters, their characters are never funny, and, secondly, they are “religious fanatics,” and are part of the reason and drive behind Nick’s anti-hero rebellious streak as they get in the way by deeming him, essentially, a spawn of the devil. Whether or not this was meant to be a slap in the face, it certainly didn’t add anything to the story.

40 to 50 profanities clutter “Youth in Revolt” in very concise bursts of expletives. More disheartening is the perverse sexual humor throughout and Nick’s simple desire to lose his virginity, which drives the script and leads to some awkward and possibly embarrassing comments about human body parts and acts. There’s little violence, other than a fist fight and an accidental explosion caused by Twisp, but that’s the least of my concern morally.

“Youth in Revolt” may hit a niche in January, as the barren wasteland of film releases that encompass the first two months of every new year always draws sighs and rolls of the eyes from US audiences, but, stacked up to other comedies, it’s a face in the crowd and, for the most part, quite forgettable. Although “Youth…” offers some laughs and entertaining scenes, Cera’s one-dimensional character is, in this reviewer’s opinion, growing a bit stale, and “Youth in Revolt” does little to help him break the mould, other than have him talk to himself.