on appeal for some strong language, thematic elements and sexual references. 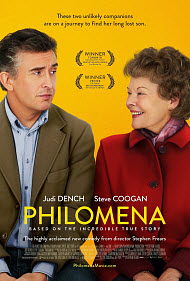 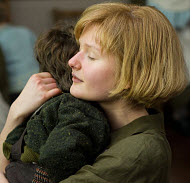 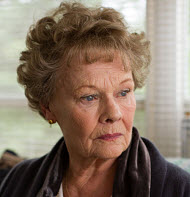 mother searching for her lost son

having a gay son 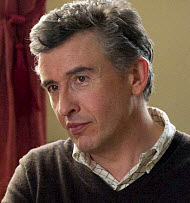 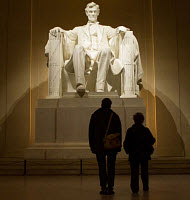 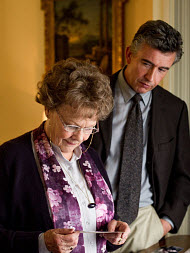 “These two unlikely companions are on a journey to find her long lost son.”

Stephen Frears’ film, “Philomena,” is a bit of a muddle. It takes off in several directions, many of which go nowhere, but some land squarely on their marks. It is a solid film, and a moving one, despite the flaws that have less to do with Frears’ masterful direction than with the film’s wobbly and unfocused script. The movie reveals some basic but often ignored tenets of life: truth is complex but understandable, forgiveness is the first step toward redemption, and humanity is broken but salvageable.

“Philomena” is based on Martin Sixsmith’s 2009 investigative book, The Lost Child of Philomena Lee. Steve Coogan, who co-wrote the script with Jeff Pope, plays Sixsmith. Coogan, who is both an actor and a comedian, is splendid as Sixsmith, a BBC journalist and Communications Director in Tony Blair’s government who is taken down by scandal and finds himself with no job and no direction in life. Coogan’s comic timing and controlled awkwardness save the character from being a hectoring scold, the kind of press secretary or TV pundit we see every day on the small screen. His reporter is always likable, even when he acts in reporter-like ways.

At first reluctant (“A human interest story? I don’t do those”), Sixsmith is soon drawn to Philomena’s story of teenage pregnancy, her confinement in a home for unwed mothers in Ireland, her forced labor in that convent, and especially the convent’s taking of children from their mothers in order to maintain what had become a thriving adoption business. The convent provided children to childless couples throughout the world, especially in America.

Read stories from our visitors about their unwed pregancy

Philomena, played with characteristic command and grace by Judi Dench, gave birth to a son named Michael 50 years before meeting Sixsmith, and now wants to find that son. The retired nurse and the unemployed journalist travel from England to Ireland to the United States in order to locate Michael.

Philomena’s search may not have a traditional happy ending, but it does open the eyes and warm the heart. It also breaks the heart. What makes the movie a special one is not so much that Philomena ultimately finds out what happens to Michael, but that she comes to an understanding of what her life and her son’s life have meant, and therefore comes closer to understanding the purpose of life itself.

Sixsmith comes to a similar understanding, but the journey is a harder one for him. The journalist has a hawk’s eye view for detail and a terrier’s nose for a buried scoop. He gets to the meat of a story, but he takes his attitudes and his preconceived notions with him. Philomena, on the other hand, takes the broken world for what it is. She does not try to expose it, or to change it. She has faith in humanity, maybe a bit too much faith. Everyone she meets is “one in a million”. To Sixsmith, individuals are merely one OF a million. He berates Philomena about her outlook when he sneers that a certain waitress must be “one in a thousand” since Philomena has referred to about 100 other people as “one in a million.” Responding sardonically, he says: “I’m just doing the math.”

Sixsmith does do his math well enough, but he misses out on the wonder that life holds beyond what can be counted or measured. He knows that one and one equal two, but he would be at a loss to describe how a couple of loaves and a few fish could add up to enough food to feed a thousand.

Despite their considerable differences, Martin and Philomena make a good team—Martin catches key clues that Philomena, whose scope is broader, often overlooks—and together they make a phenomenal discovery. Actually, they make several discoveries. As in the serial novels that Philomena likes to read, because they have endings that she “never saw coming,” the film leads to doors that, when opened, reveal marvels that the viewer never sees coming.

The story of the sophisticated world-weary reporter and the naïve optimistic every day man or woman is a common one in movies. It is best told in the 1931 comedy “The Front Page” (not the awful 1974 remake) and George Cukor’s 1950 classic “Born Yesterday.” “Philomena” is not on the level of those seminal films, but it has its own shining moments. Those other movies had crackerjack scripts, and the directors stood back to let the words, and the actions, sparkle. Frears does not have the same kind of material to work with, but he makes the most of what he does have. He has had better scripts to direct: “My Beautiful Laundrette,” “Dirty Pretty Things” (I would highly recommend this harrowing but memorable 2002 film about human organ trafficking that features another superb performance by Chiwetel Ejiofor of “12 Years A Slave”), and “The Queen,” but his talent and skill are especially commendable with his most recent film. He takes a muddle and turns it into a pleasing and digestible pudding.

Unfortunately, “Philomena” pushes some journalistic attitudes with too much force. Once again, religion is portrayed as the instigator of all the bad things that happen in the world. People committed to their religion are portrayed as extremists who have no humanity. They are reduced to cartoon figures; they are little more than General Zods in collars and habits.

In popular entertainment, this phenomenon always predominates when there is a struggle between sexual license and virtue. In John’s gospel, Jesus deals more directly with sins of the flesh than he does with other sins. The story of the woman caught in adultery and the story of the woman at the well reveal Jesus’ acknowledgment and understanding about man’s susceptibility to these particular sins.

I would imagine that anyone who devotes himself or herself to a religious life would have some of that same understanding and compassion. Hollywood thinks otherwise.

The movie puts forth other culprits as well. They are the usual suspects: The Republican Party, the Reagan Administration, homophobia, etc. The film steers wildly off course when it stands clumsily on those soapboxes.

Homosexuality is once again portrayed with an angelic glow, something far removed from most human experience that entails a certain amount of doubt and struggle. The otherwise brutally honest and brilliant film, “Precious” was felled by the same concept. The same-sex couple portrayed in that film had none of the realism, or staying power, of the story’s other flesh and blood characters. “Philomena” suffers from the same tip-toe treatment.

Sixsmith states that the Reagan Administration cut funding for AIDS which 1) is untrue, and 2) is something that an Executive branch cannot do—doesn’t civics class teach us that only Congress can fund or defund government programs?

The press continue to imply that Reagan made the AIDS crisis worse when, in reality, that is not the case. The new movie, “The Dallas Buyers Club” hints only slightly at Reagan’s responsibility for letting the AIDS epidemic fester—an anti-Reagan poster is visible, but barely legible, in the background of one scene—but neglects to mention that it was the Reagan administration who was as strong a critic of the Drug Enforcement Administration as it was of almost all government agencies. The diligent entrepreneurial characters in that film are distinctly American; such industrious, risk-taking people would never be found in the social democracies of today’s Europe.

Despite many theological and political missteps, “Philomena” is a moving story about discovery, devotion, and forgiveness. An act of mercy reveals the heart of a woman who, although she has suffered a great deal in her life, finds both closure and a new start in life, something that each of us longs for in the journey we face everyday and the one journey that is the most important one of all.

Positive
Positive—This is an interesting story, quite well written, based on facts, which makes it doubly interesting for me. Judi Dench is a star actress whose every performance is perfection, as it is here also. The supporting actors are fairly good. What soured the movie for me, and it really shouldn’t have, was the amount of bashing of the Catholic Church, basic beliefs of Christianity, the American Republican party, and some profanity that may have been thrown in for shock effect.

But the story is about real people who got angry at the injustices they experienced or perceived, so I suppose this is all part of the realism that the film aims to depict. The movie brings to light the hidden practice of a particular part of the Catholic Church which got involved with adoptions without the consent of the single mothers. It is a sad story, but Judi Dench makes it nevertheless quite uplifting.
My Ratings: Moral rating: Offensive / Moviemaking quality: 3½

Halyna Barannik, age 67 (USA)
Positive—This is an enjoyable presentation of a true story. The cinematography is good, and the script has wit, humor—and three F-words, it didn’t need. Christians should enjoy the forgiveness that is portrayed. As someone who could not conceive a life of celibacy, I also enjoyed the vivid depiction of how it eventually poisons the mind. One can only hope that it will lead to change, as supported by the apostle Paul in 1st Timothy 4:1-3 “… some in the church… will say it is wrong to be married and wrong to eat meat, even though God gave these things… to enjoy and be thankful for.”
My Ratings: Moral rating: Better than Average / Moviemaking quality: 3½

Brian Schacht, age 67 (Canada)
Positive—Judi Dench is a phenomenal actress, and “Philomena” is a wonderful film. These days it is rare to see such a compelling portrait of true religious faith on the big screen. I saw the film with a large crowd of mostly older adults, and they were having a fabulous time. They were truly charmed.
My Ratings: Moral rating: Better than Average / Moviemaking quality: 5

Morris, age 49 (USA)
Negative
Negative—Wow—this COULD have been such a brilliant movie—they reel you in almost the full first half—then BAM—bad Reagan / bad Republicans / VERY pro—“you are born homosexual”—what a shame—the liberal moviemakers (this time in the UK)—take a good movie and utterly destroy it by using it to try to force their views down the audience’s throats! The large part of the movie they should have focused on in the last part was instead a little footnote at the end of the movie, after the credits.
My Ratings: Moral rating: Very Offensive / Moviemaking quality: 4½