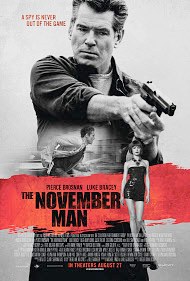 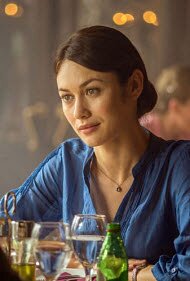 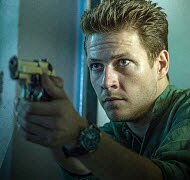 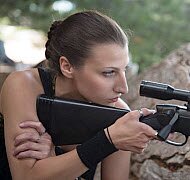 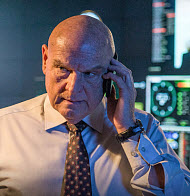 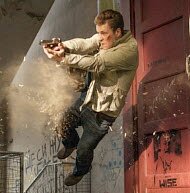 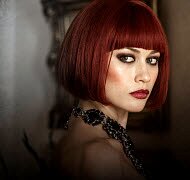 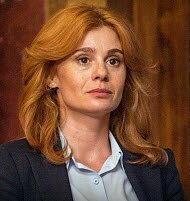 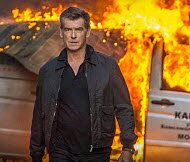 Here’s what the distributor says about their film: “Code named ‘The November Man,” Peter Devereaux (Pierce Brosnan) is an extremely dangerous and highly trained ex-CIA agent, who is lured out of quiet retirement on a very personal mission. He must protect valuable witness, Alice Fournier (Olga Kurylenko), who could expose the truth behind a decades old conspiracy. He soon discovers this assignment makes him a target of his former friend and CIA protégé David Mason (Luke Bracey). He finds himself pitted against his former pupil in a deadly game involving high level CIA officials and the Russian president-elect. With growing suspicions of a mole in the agency, there is no one Devereaux can trust, no rules and no holds barred.

With a screenplay by Michael Finch and Karl Gajdusek based on Bill Granger’s novel There are No Spies from the bestselling November Man book series, THE NOVEMBER MAN is the ultimate cat and mouse game set in the world of international espionage. Directed by Roger Donaldson (‘The Bank Job,’ ‘No Way Out,’ ‘Thirteen Days’), the film is produced by Beau St. Clair of Irish DreamTime and Sriram Das of Das Films.”

Comments below:
Positive
Positive—This movie feels like a slightly lower budget, perhaps Euro made film… not sure who made it, but that was just the “feeling.” Overall, Pierce Brosnan’s acting carried the whole movie. He was very good, and for me, made the film interesting, when it wouldn’t have been. The action scenes are gritty and do feel fairly realistic, and, yes, there is violence and in a scene at a strip club, nudity. It’s a rather gritty movie taking a look at the brutal life many have in Eastern Europe, and the impact of Russia after the fall of Communism. (Power vacuums in places like Romania and Moldova, in real life, have left heavy organized crime, police brutality, like that.)

And the main plot of the film links closely to the story of that Russian spy a few years back who claimed Russia carried out a false flag attack on its own people to attack Chechnya. Overall, I’d recommend to adult audiences as a decent quality movie to pass the time with.
My Ratings: Moral rating: Average / Moviemaking quality: 3

Andrew, age 23 (USA)
Neutral
Neutral— I agree with you about the movie “November Man.” I like spy adventure movies, and the violence and brief nudity did not offend me, but it left me feeling of another Hollywood anti-American, anti-C.I.A. movie. The same can be said about “A Most Wanted Man” movie. Here the German anti-terrorism unit goes after a suspected Muslim terrorist, only to have him at the end snatched away by those “evil” Americans. Since much of Hollywood has Jewish liberal influence, as a politically conservative Jew, it bothers me, but than again a lot of those America haters such as Michael Moore, Alec Baldwin, and Hanoi Jane Fonda are Gentiles. Let’s not forget the left-wing loony Susan Saradon. The four actors mentioned should be ashamed of themselves, but they have no shame.
My Ratings: Moral rating: Average / Moviemaking quality: 3½

Mr. Ira Klein (a Jew), age 50s (USA)
Negative
Negative—I love James Bond movies and hoped “November Man” would be similar. It is not. There are truly gratuitous and blatant sexual images, including at a strip club. The violence is also in your face. I would not see it again.
My Ratings: Moral rating: Very Offensive / Moviemaking quality: 3½

Ann Hornaday, The Washington Post
…This obscene and oddly disjointed spy thriller is a mess from the get-go, slopping around in its blood-happy violence and completely extraneous (completely explicit) sex scenes. …his [Brosnan’s] charm gets lost in the movie’s sadism. …

Paul Asay, Plugged In
…“The November Man” is nowhere near as clever or compelling as a Bourne film. Not even close. a paint-by-numbers plot, uninspired performances and little method to the madness…

Liam Lacey, The Globe and Mail
…There’s nothing fresh… some of the chases seem a bit implausible, and the story’s twists seem relatively straightforward in the wake of near-impenetrable adventures of movie spies like Jason Bourne. …

Marjorie Baumgarten, The Austin Chronicle
…What the film could really use, though — besides a clarified plot — is a bit more oomph in the casting. … [2½]

Stephen Whitty, the Star-Ledger (New Jersey)
…script undercuts Pierce Brosnan's performance… “The November Man” is a case study of not meeting the challenges posed by making a spy film… As for the thrills, they're loud but empty. …